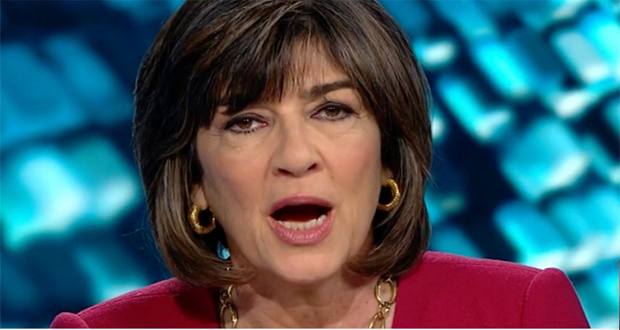 Israel has demanded an apology from CNN over anchorwoman’s Christiane Amanpour comments comparing the actions of President Donald Trump to Kristallnacht, the 1938 Nazi pogrom against Jews.

Diaspora Affairs Minister Omer Yankelevich sent a letter to CNN president Jeffrey Zucker on Sunday calling on Amanpour to issue an “immediate and public apology” for the “unacceptable comparison” she made Thursday.

“We find hereby the false equivalence made between the actions of a sitting US president and the atrocities of the Kristallnacht pogroms which were carried out by the Nazis eighty-two years ago belittling of the immense tragedy of the Holocaust,” Yankelevich wrote.

Noting that Kristallnacht is recognized as a “central starting point of the Holocaust,” Yankelevich charged Amanpour of minimizing the “unique importance of the Holocaust” by comparing it to the Trump administration.

“Distortion and minimization of the Holocaust are deplorable lies that only encourage the evil voices of anti-Semitism. Employing the memory of the Holocaust for cheap shock value and to further a political agenda is a deeply troubling and offensive spin of historic and moral truths with dangerous implications,” the letter said.

CNN should be “partners in the global effort to combat this dangerous illness, not to fan its flames,” she concluded.

Amanpour, who is CNN’s chief international anchor, said that Kristallnacht was an “attack on fact” not unlike the one that Trump was instigating, as Breitbart News reported.

Apparent President-elect Joe Biden, she continued, would restore a “return…to the truth.” She said:

This week 82 years ago, Kristallnacht happened. It was the Nazis’ warning shot across the bow of our human civilization that led to genocide against a whole identity, and in that tower of burning books, it led to an attack on fact, knowledge, history and truth. After four years of a modern-day assault on those same values by Donald Trump, the Biden-Harris team pledges a return to norms, including the truth.

“The use of the 82nd anniversary of Kristallnacht by Amanpour for the purpose of this comparison is an affront to the memory of the Holocaust, those who perished and those who suffered through these unimaginable atrocities,” she wrote. The consulate said it was “sincerely disappointed” by the way Amanpour chose to express herself and urged the anchorwoman and her employer to publish an apology.

Ben Habib, a British former European Parliament member for the Brexit Party, attacked Amanpour, saying, “how the hell is this sort of prejudice tolerated on mainstream media? Third rate rubbish.”

“Never before in the history of U.S. news networks did a journalist distort the Holocaust for political purposes as Amanpour just did on on CNN & PBS. No, @camanpour, the Nazi genocide was not ‘an attack on fact, knowledge, history & truth,’” Hillel Neuer, director of monitoring group UN Watch, wrote on Twitter

“They murdered 6 million Jews. Say it,” he added.

“This is disgusting and foul even for CNN. And considering the trash put out by that network, that’s really an amazing thing,” Gainor told Fox News.

“No rational person considers Amanpour an objective reporter. She has claimed journalists are the ‘truth tellers.’ But there’s no truth in that reporting,” Gainor continued. “It’s just a demented hit job trying to paint a president who has repeatedly aided Israel and the Jewish community and whose own daughter and grandchildren are Jewish as a Nazi. To use their own slogan: ‘This is CNN.’”

In the runup to the 2020 elections, an ad by the Jewish Democratic Council of America compared Trump’s America to 1930s Nazi Germany. The split-screen 30-second ad released Tuesday features side-by-side footage and images of Nazi Germany rallies in the 1930s and Trump rallies, including neo-Nazis in Charlottesville, Virginia, in 2017, as well as images from the 2018 Pittsburgh synagogue attack in which 11 Jews were killed. A defaced, present-day synagogue features alongside photos of graffitied Jewish shops in the ’30s.

The ad was condemned by some Jewish groups, including the Anti-Defamation League, but some Jewish lay leaders believed the comparison to be acceptable.