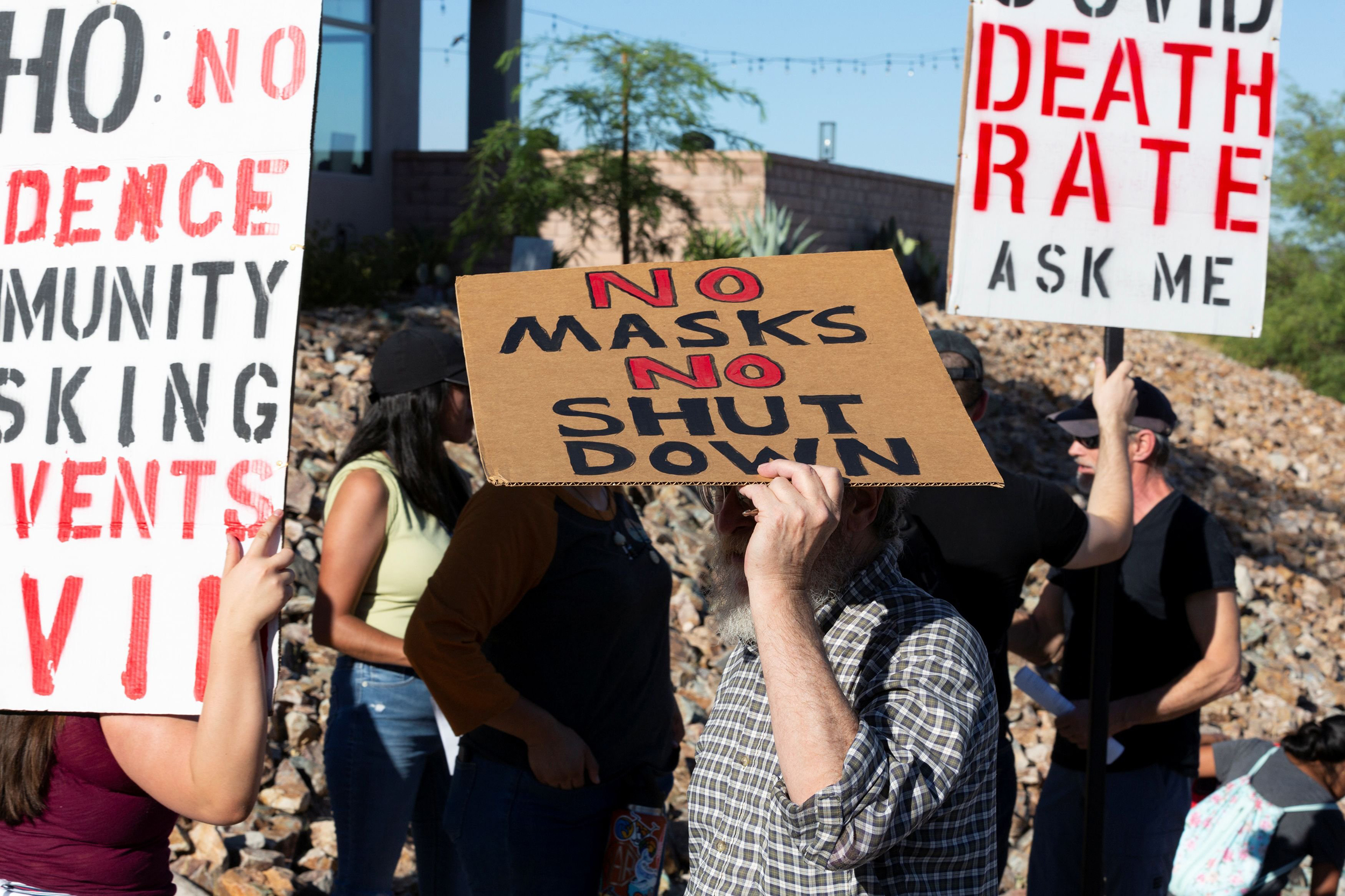 It Is About Time to Stop Politicizing Covid-19

Just as we have seen the politically concocted bogus Russian conspiracy theory played for more than two years by a Trump-hating media, the same seems to be happening with the Covid-19 pandemic.

For sure, Trump has been wrong in his overly optimistic predictions regarding the virus.  He has said a lot of very foolish things.  While his words were characteristically hyperbolic and too often inaccurate, the science community – including Dr. Fauci – made similarly inaccurate statements about the course of the disease and the benefit of universal masking.

The media would have us believe that the Trump White House has done NOTHING to mitigate the pandemic.  One can argue that they may not have done enough, but to say they have done nothing is simply a lie – a false media narrative.  Trump did order a shutdown of general flights from China very early on – against the stated opinions of Democrats – who called the President xenophobic – and the media.

Perhaps the greatest accomplishment was Warp Speed, which appears to be producing a vaccine in record time.  Initially, we were told by the scientists that vaccines take years to develop.  The most optimistic statements were that a vaccine may be developed in middle to late 2021 – but not available to the general public until well into 2022.

Instead, we are on the verge of several vaccines in approximately 6 months – with general distribution in early 2021.

In addition, the White House has pushed for the development and use of drugs to mitigate the disease in the meantime.  His opponents cynically argue that such a rush would result in the use of untested and dangerous drugs.  That was another lie.  Thanks to the Trump administration, there are now several drugs that are significantly reducing the symptoms and the death rate – even in the face of increasing numbers.

And what about those numbers?  Is President Trump responsible, as his political and media enemies suggest?

The first flawed assumption is that the President of the United States is the person primarily responsible for managing the pandemic.  That is just not the case.  The public healthcare infrastructure and programs are primarily the responsibility of governors and mayors.  Virtually all public health facilities are operated by cities and counties.

If there was a lack of foresight in preparation, equipment and staffing, that is the fault of the local authorities.  In fact, the Trump administration used what resources and authority it has to provide money and equipment to local hospitals – essentially preventing the feared shortage of ventilators and PPE.

It is argued that Trump magnified the problem by not imposing a universal outdoor mask requirement.  This did not prevent governors and mayors from imposing such stringent laws and edits – and many of them did.

The virus is now surging in the number of cases – less so in the number of hospitalizations – and with a declining death rate.  That is what the numbers show – but not what the media will report.  They are corrupted and blinded by the myopic hatred of Trump.

Until we get a vaccine out to the general public, the Covid-19 virus will wend its way through the public regardless of what we try to do.

In states where there have been tough safety requirements – severe shutdowns, mandatory masking, etc. – the virus rages as much as it does in states with less stringent requirements.  Ohio was once hailed as an outstanding example of local response – yet today the Fall surge is hitting the Buckeye State as hard as any.

The media blames Trump for a lack of masking.  But is that fair?  In states where the masking rules were most severe, the virus rages.  It may have less to do with what people are told, but what they are unwilling to do.

While the media makes not wearing a mask a political statement, that is not what it looks like on the ground.  Most of my neighbors are Democrats and dislike Trump.  Yet, I do not see them wearing masks as they mingle in the street with their kids.  I see many of my older friends who dislike Trump in restaurants not wearing masks and sitting close together.  I have a 27-year-old son who has a number of friends who support Biden – and he reports that they congregate in bars and house parties and do not wear masks.

It is unimaginable that there is not an adult American who has not been hammered with the admonition to wear masks – by governors, mayors, doctors, news reporters – and yet most Americans – Republican and Democrat — seem to be ignoring the advice.

The virus is surging because the American people are not willing to embrace what they consider to be the Draconian measure and negative economic impact necessary to shut down the disease.  It is not even Covid-19 fatigue – although that can be part of it – because the public has largely ignored the more severe requirement from the get-go.

The tragedy of the Covid-19 pandemic is NOT a political issue – and most certainly not partisan.  It is a people issue.  If everyone wore masks and hunkered down in their bedrooms for months on end, it would minimize the spread of the virus, for sure – but the people are unwilling to do that.  We are not willing to accept the negative consequences of prolonged isolation.  We heard the message from the doctors and politicians – but we are doing what we choose.

No matter what one thinks of Trump – and I am no fan of his personality, style and veracity – we just need to understand that the ebb and flow of the virus is largely determined by we the people.