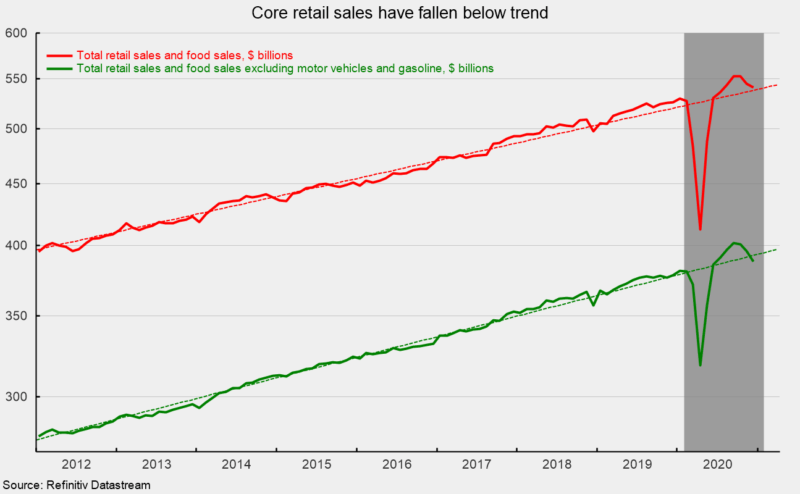 Retail sales and food-services spending posted a third consecutive decline in December, falling 0.7 percent from the prior month following a 1.4 percent drop in November and a 0.1 percent drop in October. The three consecutive decreases follow five consecutive gains for May through September and two devastating declines in March and April. The recent declines move retail sales back towards the nine-year trend (see first chart).

The December results leave five of the 13 categories with sales still below their pre-lockdown levels. Restaurants were 22 percent below January followed by electronics and appliances (17.5 percent below), clothing and accessory stores (15.5 percent below), gasoline stations (11.2 percent) and furniture and home furnishings retailers (0.3 percent below).

Retail sales fell for a third consecutive month in December as renewed quarantines and lockdowns hit economic activity. The economic recovery remains very fragile and highly dependent on the progression of Covid-19 and government policy responses. A full return to pre-pandemic conditions for the overall economy and the labor market is likely several months, and possibly a few quarters, away.