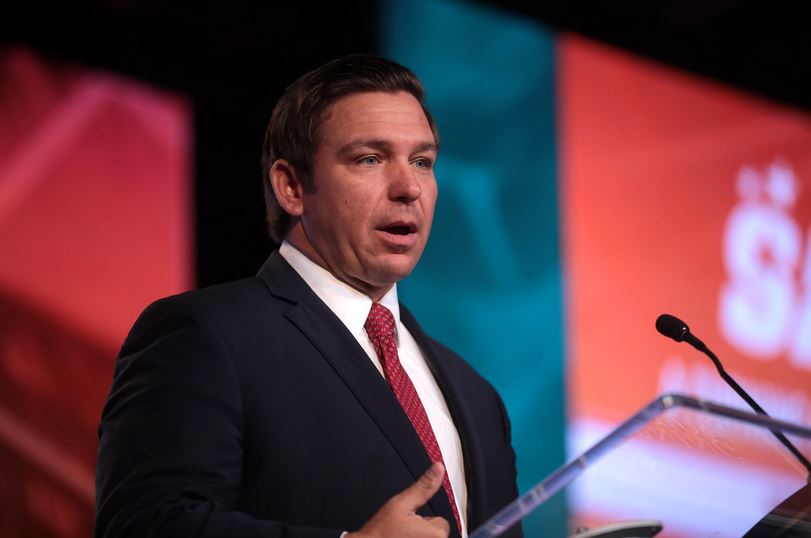 China has been put on notice by Governor Ron DeSantis, who unveiled a proposal this week to minimize foreign influence and the theft of intellectual property. This policy would apply to China, as well as 6 other countries: Cuba, Iran, North Korea, Russia, Syria, and Venezuela.

During a Tallahassee press conference, DeSantis stated the focus of the proposal, “We need to take action, stand firm against the Chinese Communist Party (CCP) and foreign influence and interference in American research, education, and public affairs.”

Keeping the CCP out of American schools stood out as a primary objective of the proposal.

“The CCP’s mass infiltration and theft of American research is well documented, resulting in numerous arrests at college campuses across the country.” DeSantis continues, saying “It’s high time we tackle these issues and eliminate any tolerance of clandestine foreign influence in our schools.”

A main goal of the proposal will be to refocus attention on state borders, specifically regarding travel to foreign research institutions. Greater attention will also be put on the companies Florida schools partner with, requiring disclosure of any partnerships with the 7 countries of concern identified by DeSantis.  Additionally, Schools will also be prohibited from creating any foreign language or cultural programs from these countries, and report all foreign donations greater than $50,000.

“We must ensure that our research, innovation, and talent benefit Florida and benefit our country, not foreign interests like the CCP,” said DeSantis. “Not only is this an issue of establishing barriers to foreign influence, but also a measure of sound fiscal stewardship to ensure tax dollars don’t end up in the hands of the likes of Maduro, Kim Jong Un, or the CCP.”

DeSantis is passionate about this issue because he’s had to deal with issues of foreign interference within his own state.  Lin Yang, a former University of Florida professor, was indicted on six counts of wire fraud and four counts of lying to government officials, obtaining over $1.75 million in NIH grants.  Regrettably, the investigation was thrown off by a cyber-attack that targeted the case & associated files. Florida House Speaker and leader of the investigation, Chris Sprowls, said, “We found that there are no limits to the depths to which other countries – especially China – will go to steal our science and technology.” He also commented on how our academic institutes are used as tools for manipulation, “Foreign adversaries use our university systems, local governments, research institutions, and companies to intimidate, influence, and steal their way to strategic advantage. Today, we are introducing legislation to combat foreign influence in our public institutions and prevent corporate espionage in Florida.”

Gratefully, Florida has a governor that is taking a pro-active stance on this hot-topic and important intelligence issue. The rest of the country should be watching and taking notes on how the Sunshine State is trying to preserve the integrity of our intellectual property.

7 thoughts on “DeSantis Proposes Block to Chinese Influence on Education”