Just Why Do So Many Americans Believe in QAnon? 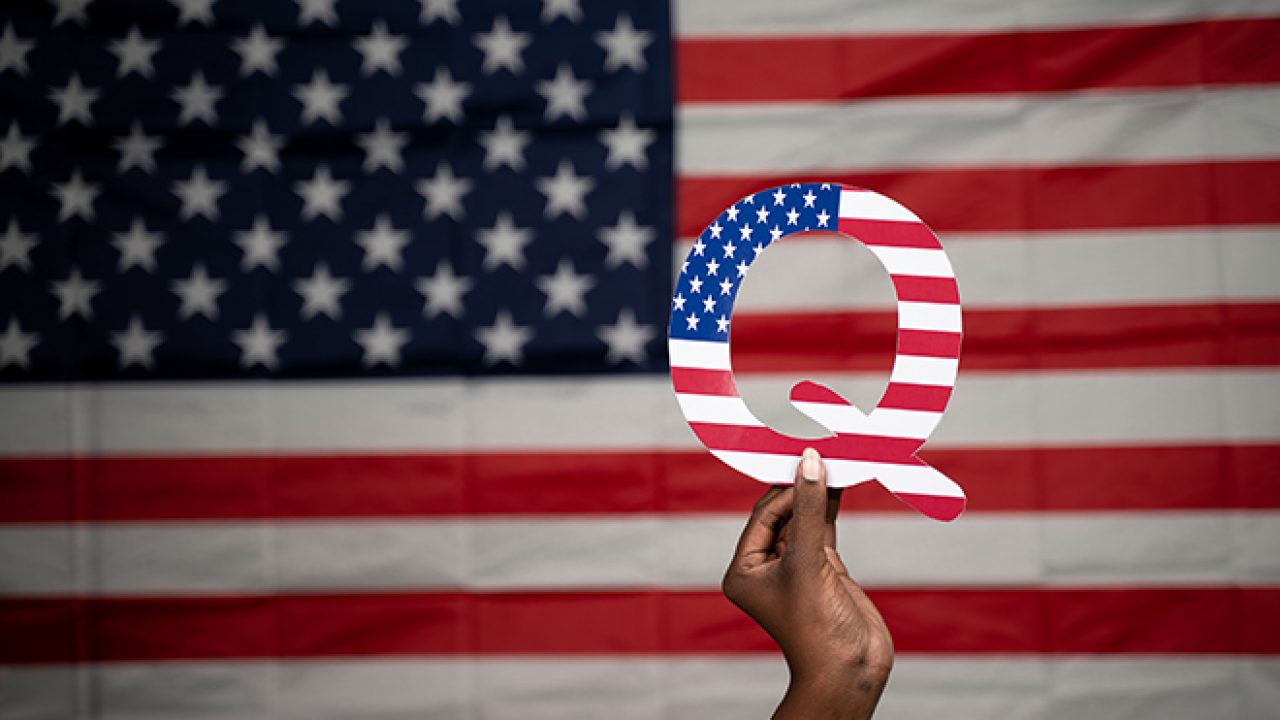 On top of all the other grief and aggravation it brought us, 2020 also seemed to the year of “conspiracy theories.” Here we are three months or so into 2021, and such beliefs show no signs of abating. In fact, as the pandemic continues and vaccines are becoming available, conspiracy theories seem to be ramping up, and support of Qanon continues despite none of his predictions about Trump coming true!

Why do so many Americans believe in Qanon, and are such beliefs completely misguided and baseless?

To recap, “Qanon” is the collective name for a whole host of “conspiracy theories” that are  spread by a mysterious figure known only as “Q.” At the base of all of the myriad cult-like teachings of Q is that there is a Satan-worshipping cabal of pedophiles—mainly consisting of what they see as elitist Democrats, politicians, journalists, entertainment moguls, and other institutional figures, who have long controlled much of the so-called “deep state” of the government.

QAnon has attracted a lot of attention since the January 6th riots, where many followers of Q stormed the US Capitol building. Numerous members of the new congress, such as Marjorie Taylor Greene and Lauren Boebert, have previously expressed a belief in QAnon and have espoused his theories.

It easy to dismiss a lot of the crazier theories bandied about by Q and his followers – such as Hillary Clinton, Nancy Pelosi, and other high-ranking Democratic officials, staying young by drinking the blood of babies. Have you looked at Nancy or Hillary lately? If this is true, I can definitely suggest they switch to Geritol cause that sh*t ain’t working!

Yet some of the other things believed by Q and his followers, such as those about COVID and the Trump election defeat, are not so easy to dismiss, and that explains to some degree QAnon’s continued, and in some cases, even growing appeal.

Donie O’Sullivan is an Irish reporter who covers disinformation for CNN. He’s recently made several reports on the QAnon phenomenon. During a recent podcast appearance, O’Sullivan gave a thoughtful reason why he believes Q is attracting such a large number of followers.

Speaking on the QAnon Anonymous Podcast, O’Sullivan expressed that many factors, including COVID-19, are reasons why people fall in line with Q. He said, “I certainly know that when I’m feeling depressed or anxious, you know, you cast a wide net and you start thinking about existential questions that you normally wouldn’t think about and you are willing to embrace very irrational answers, whether that’s about yourself, your life or your relationship. And I feel in some ways that is how we’ve seen the explosion of QAnon over the past 12 months.”

He added that the anger that has been built up towards China during the pandemic might have been facilitated over a need to believe that at least someone, even if they didn’t like them, was behind COVID, rather than it being a spontaneous and natural event. O’Sullivan added how this could play into a belief in the Q character.

“Q is someone who is in control, somebody who has all the answers. It’s someone particularly if you are a religious person and if you are dealing in religious texts that are thousands of years old, if Q is your godlike character and up until recently, posting several times a week, that’s really, really appealing if you’re in a state of anxiety because somebody appears to be in charge.”

O’Sullivan’s assessment lines up very closely with that of David Ludden Ph.D., who wrote in Psychology Today that people believe in conspiracy theories for these reasons:

Those three needs, especially the need to understand and feel secure in the world around us, become even more important during an extended emotional, physical and financial crisis like the pandemic. Conspiracy theories become the floating piece of wood to grab a hold of by people who, for all intents and purposes, feel like they are drowning.

A new analysis finds that groups perpetuating QAnon conspiracy theory have increased in popularity on Facebook and Instagram since the start of the coronavirus pandemic as more people have spent more time at home and in front of screens. One Facebook group known as “QAnon News & Updates-Intel drops, breadcrumbs, & the war against the Cabal” increased its membership by more than ten times from January 1st to August 1st of 2020.

16 thoughts on “Just Why Do So Many Americans Believe in QAnon?”