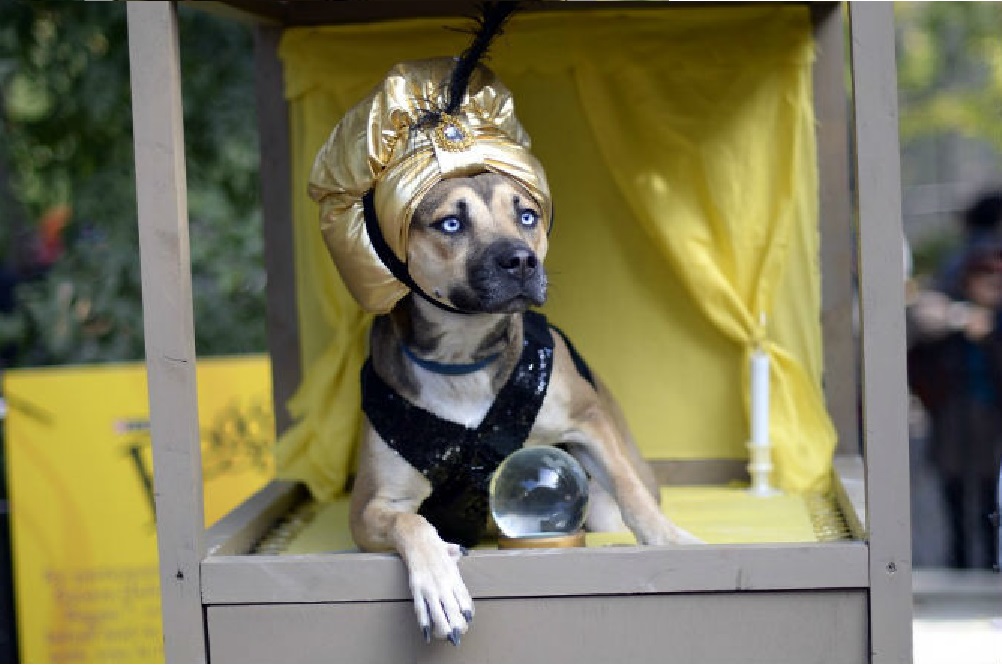 Let’s just call it a hair-raising experience. A Louisville man says that bringing his pooch into a session with a “dog psychic” revealed that his house was haunted.

Kelly Maclure relates the tale of taking his two-year-old bulldog mix named Dracula to a dog psychic after hearing about the woman, Latifa Meena, on a podcast.

“On February 4, 2021, I spoke with Latifa, who’s based out of Louisville, KY, for 30-minutes on the telephone at the very reasonable price of $65. I not only found out that Drac, indeed loves me as much as I love him, but also alarming revelations such as the fact that a ghost woman who likes to cook hangs out in my kitchen, and that the spirit of my dad is also always here, looking over things, watching out for us, and most likely judging me for spending money I should be saving for things like, oh, mortgage or whatever.”

Writing for the website, “The Lineup,” Maclure went on to say that at first, he was a little skeptical of Latifa’s psychic abilities when he referred to Dracula (who is a female) as “he.”

“Latifa lost some points within the first few minutes of our call by referring to Dracula as ‘he.’ This is a common mistake and something that should be expected when you name a precious female puppy after an ancient Transylvanian vampire. That being said, I can always argue the case that Dracula is technically a last name and can therefore apply to any (or no) gender. Once we got past this, though, I was surprisingly wowed by how spot-on the psychic was when it came to the specific way she described Dracula’s thoughts and the things she knew about my house and my family that she couldn’t have possibly known.”

Latifa went on to tell him that Dracula was the fourth of her litter to be born, that she’s happy with us, that she gets bored easily, and that she wants another dog her size and age to play with. Maclure says he was instructed to make a habit of letting Dracula know our daily schedule in a more detailed way and to describe days by “light” and “dark” because that’s how dogs mark time. So, instead of saying, “in two days, we’re going to the dog park,” I should instead say, “in two lights, we’re going to the dog park.”

Maclure concludes by saying, “a few times during our session, I could feel the hair stand up on the backs of my arms after being told something that, I feel, Latifa couldn’t possibly have had any way of knowing. At one point, she said, “Dracula wants to know what happened to the black dog she used to play with.” This hit a nerve because from time to time, Maclure said that he does take on dog sitting jobs through the Rover app, and when Dracula was a puppy, he did doggy daycare for a black puppy a little smaller than her named Athena, who recently moved to a different city.

But the most chilling part of the season for him (other than learning of the ghost lady in the kitchen) was when Latifa asked, “did your dad cross?” And then went on to tell him that he is “still here, watching over me every day.”

“Hot tears just shot out of my eyes. The power in being able to relay that information, and the vulnerability it takes to receive it, and believe it, is very intense, Maclure said.

Have you ever heard of a pet psychic? Have you ever used one? Can you relate your experience? Please reply using the comments below.

1 thought on “A “Dog Psychic” Warned Me That My House Was Haunted!”