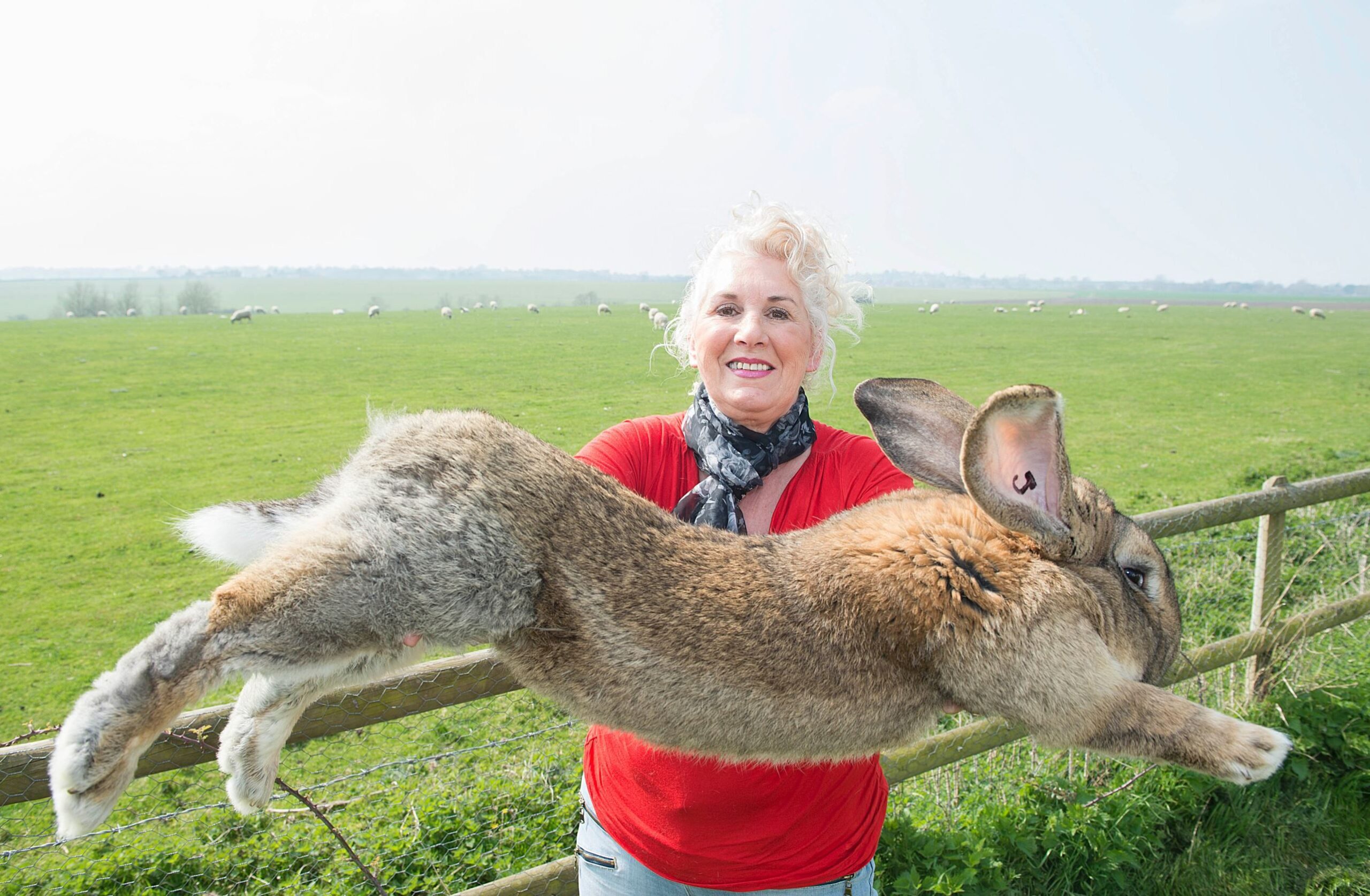 “Leaping Lizards!” No, make that “Leaping Bunnies!” An enormous rabbit has been stolen in the UK!

The Associated Press is reporting that one of the world’s largest bunny rabbits has been stolen from its home in central England.

According to the West Mercia Police, Darius, a Continental Giant rabbit, disappeared from his enclosure in a backyard in the village of Stoulton over the weekend of April 10. They did not elaborate on why they thought it was a theft instead of an escape or the exact date and time of the bunny-napping.

The area police have appealed for any information about or sightings of Darius, who is gray-brown and a whoppingly unusual 4 feet, 3 inches long at full stretch.

He holds the Guinness World Records citation for the world’s longest rabbit. Rabbits of his type are known to weigh about 15 to 20 pounds!

Darius’ owner Annette Edwards, a large-rabbit breeder, and model, urged the culprit or culprits to return Darius to his home in Stoulton, which is around 100 miles northwest of London, saying it was a “very sad day” when her beloved “big boy” went missing.

Robert Kenny, a professional pet detective, said the theft showed how people would go to extreme lengths to get their hands on valuable animals like Darius. Speaking to the UK paper, The Guardian, Kenny said the thief had likely scouted the location of the crime in advance and is now trying to get the rabbit out of the country.

“The only way that this can be sold is if it goes out of the UK – it’s still hot, it’s still high profile,” he said. “So it’s of paramount importance that borders are closed [to stop] the opportunity for this animal to be moved.

“If the animal remains in the UK, I have no doubt whatsoever that it has to be recovered. The owner needs to contact ferry ports and make sure that this rabbit does not go outside of the UK.” Kenny, who has helped reunite hundreds of pets with their owners through Happy Tails Detective agency, said: “It’s a very rural area, so somebody has checked out this situation and the property well before this has happened. It’s pretty clear that somebody would have had to look at the r

1 thought on “A Giant Rabbit Has Been Stolen in the UK!”