An Enormous UFO has Been Discovered Hovering Around the Sun! 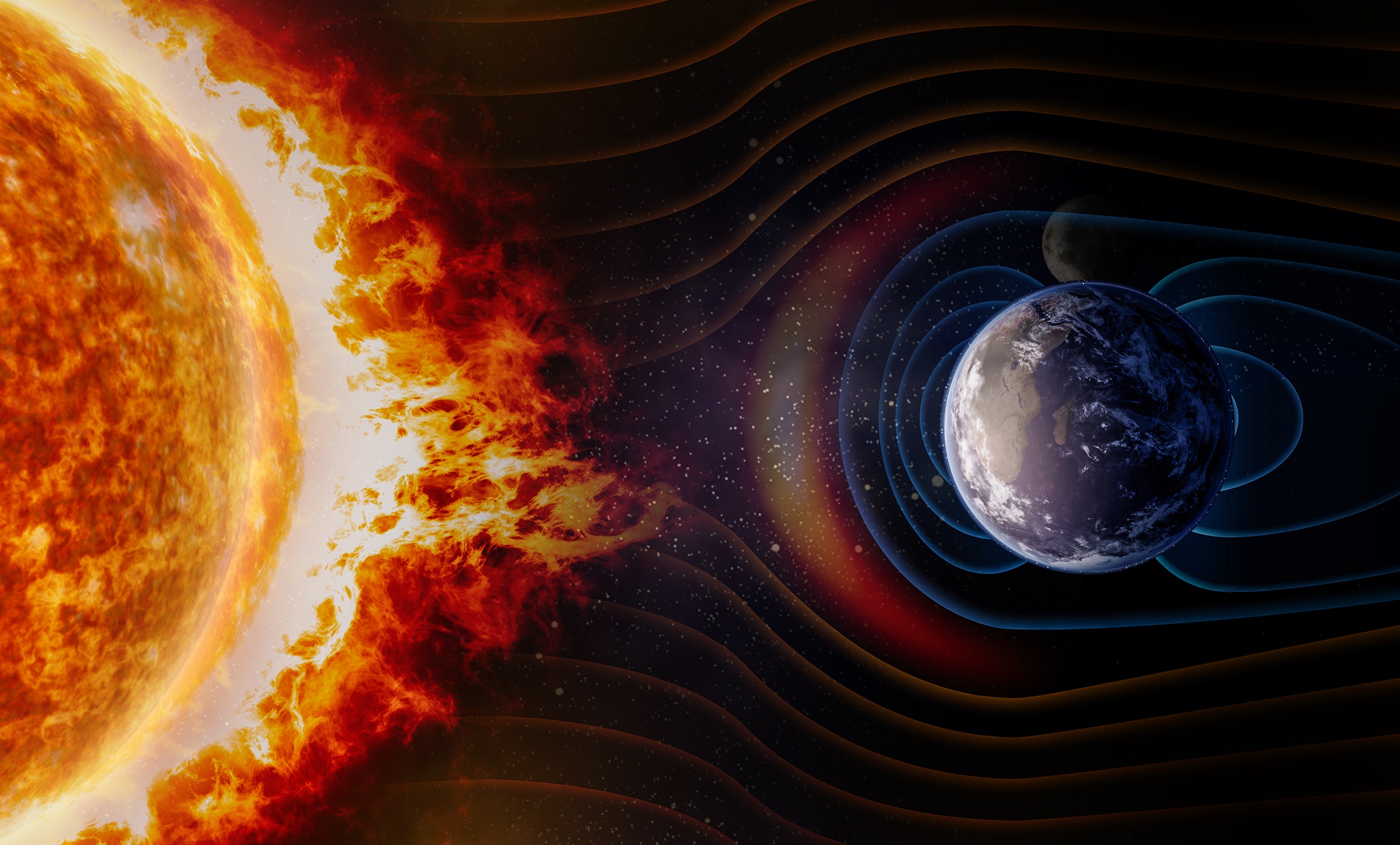 Could there be an enormous Alien Starship orbiting the Sun? One prominent UFO hunter says, “Yes!”

Scott C Waring says he has discovered evidence of a “moon-sized” alien spacecraft in close orbit around the Sun, and the sighting adds credence to his “Hollow Sun Theory.”

Waring and his followers, a group of self-professed “Alien Hunters” have analyzed images from NASA’s Solar and Heliospheric Observatory (SOHO) satellite, and they believe they have spotted a huge UFO in close proximity to the Sun.

Waring says what appears to be a solar flare in the images, is in reality, an alien spacecraft. Waring and his followers believe the object is around the size of the Moon and that it exited from the surface of the Sun!

How could that be possible? Waring has theorized in the past that the Sun is hollow and home to an alien base. He says these latest observations from SOHO support his theory. Waring claimed it is “100 percent” proof that extraterrestrials are residing inside our host star.

Waring wrote on his UFO Sightings Daily, “I was watching Helioviewer when I noticed an explosion. When zoomed in for a close-up of this area, I saw a black object shoot out of the explosion and across an area in 10 minutes.”

He went on to say that the time it took for the object to traverse the from is too long for it to me solar activity. It moves more like a craft, and “Also in the explosion, there were three ripple waves opposite of the UFO, the UFO area was the only place without such waves. This is 100 percent proof that aliens do live in a hollow space within Earth’s Sun.”

However, to most other viewers familiar with solar activity, the object appears to simply be a solar flare bursting from the surface – a common occurrence on the Sun. But, Waring disputes this.

“Now it’s certainly possible that this is sun mantle material that is being pushed out, but if so… it should be glowing and still burning to some degree, but it is not. So there is a big chance that his black sphere is actually an alien ship or space station that was occupying a hollow space within our Sun and then was seen exiting. I call it hollow sun theory, and it answers a lot of our burning questions of why UFOs are seen around our Sun and leaving our Sun so often,” he added.

Waring had previously claimed that he had spotted evidence of an “engine” on Mars, adding that the engine belonged to aliens who once lived on the Red Planet. Waring said that he succeeded in spotting the engine while analyzing an image of the Martian surface snapped by the camera fitted on NASA’s Curiosity rover.

The object spotted on the Martian surface looks like a long, cylindrical metal object, and according to Waring, the apparent device is not only evidence of advanced aliens, but it also shows that the technology of aliens was much developed than ours.

Speaking of such “misidentified” objects, Astronomer Chris Impey, from the University of Arizona, said most UFOs have “mundane” explanations. He argued that there are billions of objects in space near Earth which are more than likely the inspiration for supposed UFO sightings.

He recently wrote in the news magazine, The Conversation, “Most UFOs have mundane explanations. Over half can be attributed to meteors, fireballs, and the planet Venus. Such bright objects are familiar to astronomers but are often not recognized by members of the public.”

What is Waring seeing? Misidentified common phenomena, or do you think he has proof of Aliens at work in our very own Solar System? Please reply using the comments below!

8 thoughts on “An Enormous UFO has Been Discovered Hovering Around the Sun!”