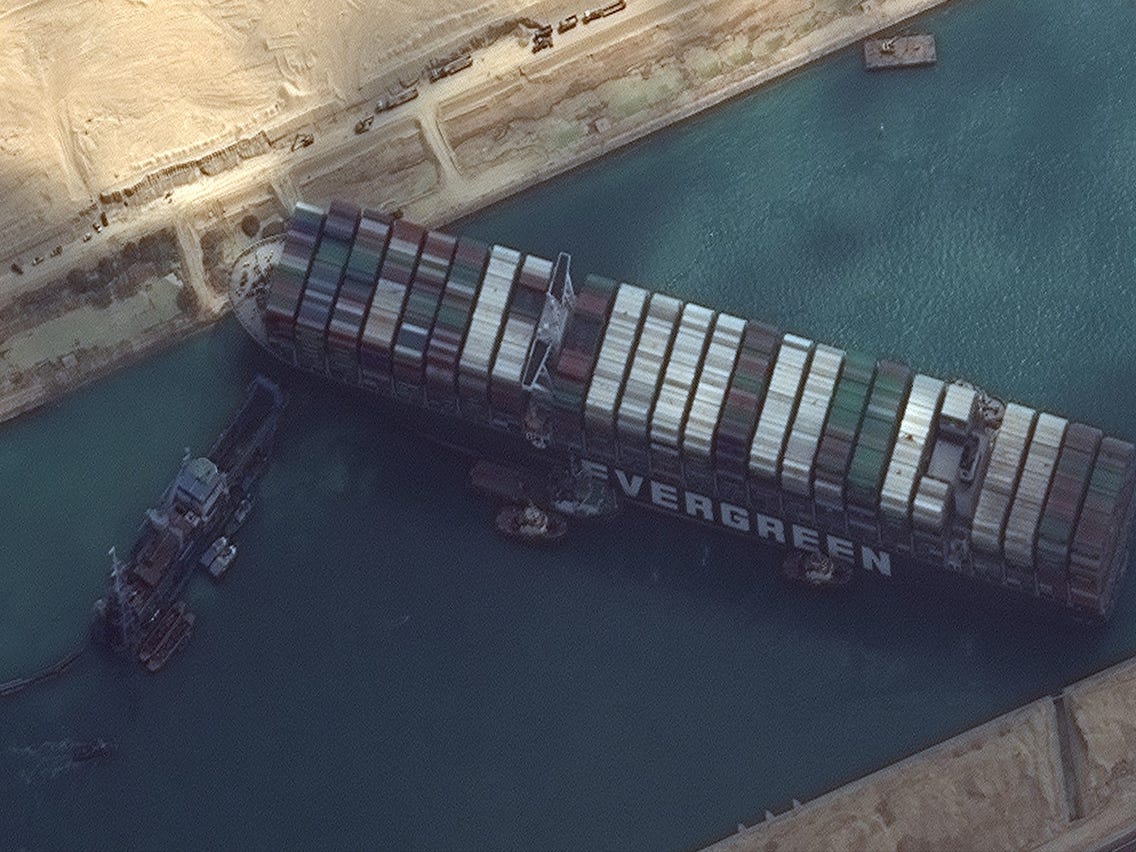 Q and other conspiracy theorists have said that the grounded ship that was recently freed from blocking up the Suez Canal and disrupting shipping worldwide had ties to the Hillary Clinton sex trafficking ring!

The “evidence” for the theory goes like this, the ship that got stuck in the canal on March 23 was named the Ever Given. It is owned by Taiwan-based Evergreen Marine and carries the radio call sign H3RC. Clinton’s Secret Service code name is Evergreen, and her initials are HRC.

Follows on Qanon and Q-related social media sites went on to postulate that the ship was “deliberately” stuck at the Canal “as a cover for a human trafficking activity.” The claims were being taken seriously enough that a spokesman for Evergreen Marine was forced to respond to US Today via email in which Michael Vooss, a spokesman for the company, said that Evergreen Marine was not “engaged in illegal activity of any sort…”

The Ever Given can carry up to 20,000 standard 20-foot containers, Vooss wrote.

“As such, cargo aboard the vessel at any time can include a wide spectrum of goods one would expect might be legally transported within containers,” he said. “Evergreen is not now and has never in the past been connected in any way whatsoever to Hillary Rodham Clinton.”

The company did confirm that the call sign of the vessel is indeed H3RC but says the initials are a coincidence as well.

The Clintons have been a favorite target of Qanon followers for a long time. Among other conspiracy theories aimed at the former First Lady and President Clinton,  Q supposedly hacked a decoded email that allegedly implicated Hillary and former President Barack Obama in child sex-trafficking. Another from 2018 claims there is a video of Clinton and her former aide Huma Abedin sexually assaulting a young girl.

Earlier this month, a Q-related website wrote that Navy Seals acting on Trump’s order while he was still president had arrested Hillary Clinton, and any public appearances made since the “arrest” are of a body double.

Perhaps the most famous of the conspiracy theory involving Clinton and child sex trafficking is Pizzagate, a 2016 claim that among the Clinton emails obtained and released by Wikileaks, there was a series of emails showing Democrats linked to Clinton were running a child-sex ring in the basement of a pizza shop in Washington. A North Carolina man was arrested after firing a rifle into the restaurant.

Of course, Clinton, the Democrats, and the mainstream media dismiss these claims as nothing more than conspiracy theories. However, they persist, and many find them easier to believe than the number of coincidences that would have to be necessary for them all to be untrue.

What do you think? Is the alleged link between The Ever Given and Hillary Clinton just another in a long list of “falsehoods” leveled at the former First Lady, or could there be something to them? Please reply using the comments below!

38 thoughts on “Ship Blocking the Suez Canal Linked to Clinton?”