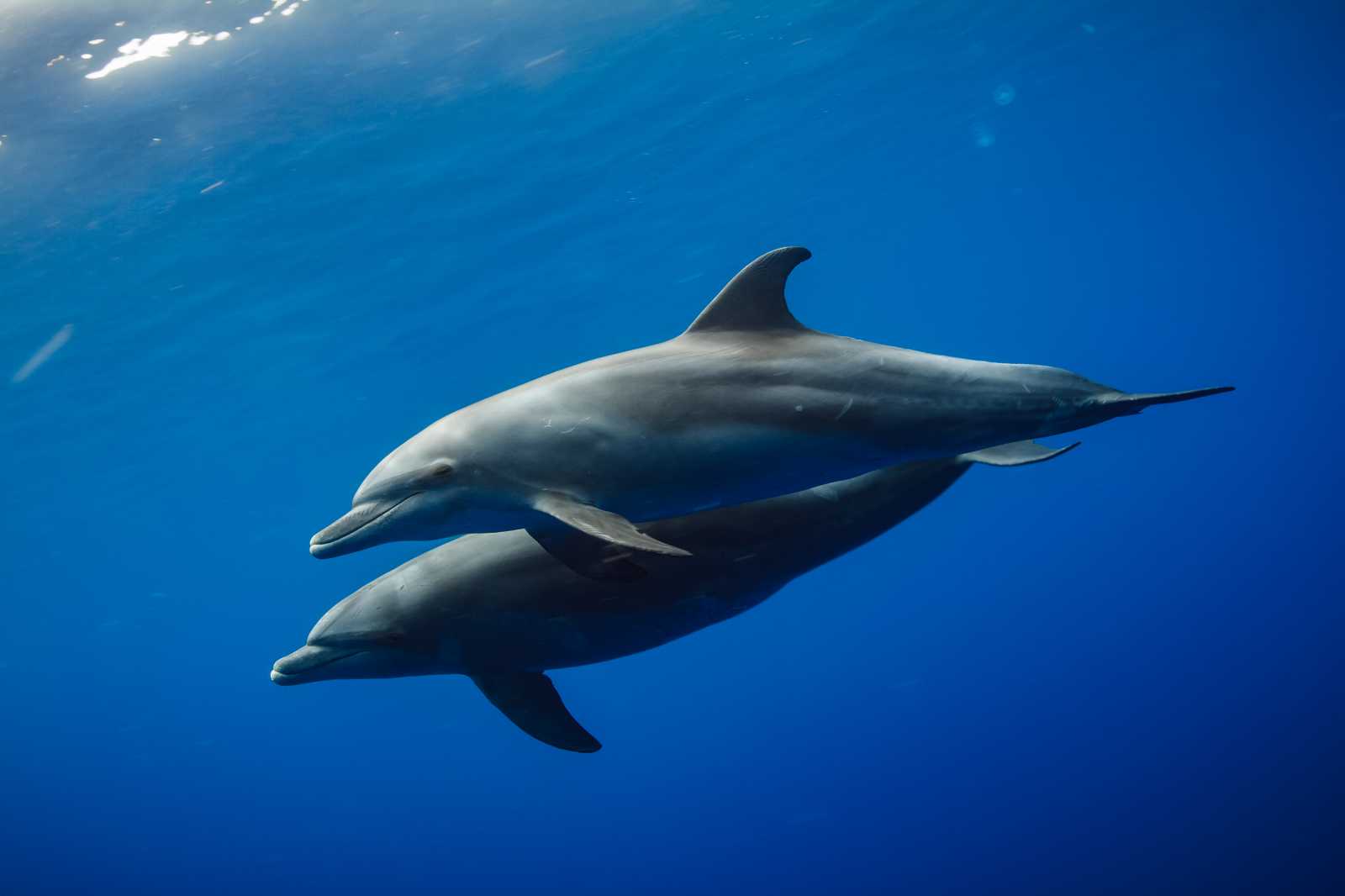 The benefits of animal-assisted health therapy are becoming increasingly well known. Hospital patients welcome therapy dogs to pet and love. They claim it boosts their mood and speeds recovery time.

But did you know that dolphins have a built-in healing system that uses ultrasound? They use sound to communicate, navigate in their environment, use sonar, and stun fish.

Dolphins belong to the family of Cetacea (dolphins and whales) and are among the world’s smartest creatures.

Tales abound from the long-ago times of dolphins helping humans. They swam children to school in ancient Greece, fished alongside people, helped direct ships at sea, and rescue drowning victims. Dolphins escorted Elian Gonzales when he drifted on an inner tube from Cuba to enter the United States for asylum.

A dolphin can recognize itself in a mirror. This may not seem like much of a feat, but the only other animals on earth with this ability of self-awareness are humans and great apes.

Dr. Louis Herman in Hawaii is working with dolphins which can recognize about 300 hand signs in about 2000 combinations. Dr. Wayne Batteau taught dolphins approximately 40 spoken words in Hawaiian.

Russian researchers Markov and Ostrovskaya concluded that dolphins have their own language that may contain as many as one trillion words!

Dolphins have sharp senses and large brains. It is thought that Cetacea have greater available brain capacity than humans because, in part, their brains are physically larger so there is room for more mental processing to occur.

On an intelligence scale, dolphins may be the equal of humans – or even superior to us.

Michael T. Hyson, Ph.D. and Paradise (Star) Newland founded Sirius Institute in Hawaii to study dolphins in their natural environment as well as in captivity.

The dolphin researchers shared some of their astonishing findings in a paper titled “Dolphins, Therapy & Autism.”

Dr. Hyson reported that dolphin assisted therapy (DAT) programs in Florida and other places pair clients with dolphins who swim together so the human can achieve a therapeutic effect from the dolphin.

Some people who swim with dolphins report the experience as magical or mystical. Others, not so much.

Bear in mind these dolphins are trained for therapy work much like dogs, to be social, docile, and friendly.

Merely swimming with dolphins, touching them, and watching them caper about can lift dragging spirits. A former Navy dolphin trainer I met recently affirmed how intelligent and willing to learn dolphins are – “and,” he said, “they love the touch of human skin.”

(He also said that the back of a human woman’s knee looks just like the vagina of a female dolphin. That could get awkward.)

Parents of two brothers, both autistic, said they were amazed when both children readily engaged in playful activities with a dolphin. They were astounded “the children maintained interest for over an hour and cooperated” with each other.

A baby was born with microcephaly, “a rare disorder where the skull is too small to contain the brain.” Four dolphins surrounded the floating baby. One put its snout (rostrum) at the base of the baby’s skull (medulla), two took up positions on either side of the neck, and the fourth swam to the base of the infant’s spine.
For about a week, a few time a day, the four dolphins made sounds (ensonified) for about 20 minutes each time. In that short time span, the baby’s skull plates began to develop normally.

Dr. Hyson reported his own personal experience with a dolphin named Dreamer which sonared him, healing a 32-year-old neck and back injury with “20 very loud, short, sound pulses distributed rapidly, over my head and neck within perhaps a second. The sounds were louder than anything I have ever heard from a dolphin.”
About an hour after swimming with Dreamer, the left side of Dr. Hyson’s neck “suddenly relaxed.” He felt blood warming five new places in his back, then felt and heard three vertebrae “click into new positions.” When he turned his neck left and right, the grinding sound “was gone!” He said his neck felt “oiled” with the improvement in his health lasting 14 years as of that time.