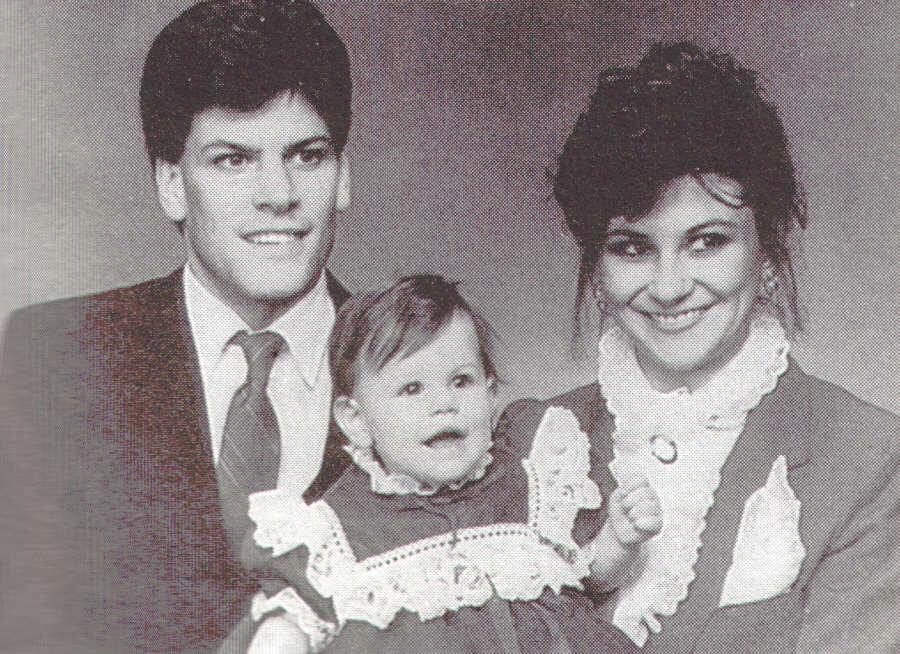 “Above Suspicion” – Mark Putnam, The FBI Agent Who Strangled His Lover

Mark Putnam was the first FBI agent to ever be convicted of homicide.

The guilty plea of young and dashing FBI agent Mark Putnam in 1990 was unlike any an American courtroom had seen before. The Special Agent confessed to strangling his lover Susan Smith, who not only worked for him as an informant but was said to be carrying his unborn child.

The death of Smith is the subject of a new movie starring Emilia Clarke called “Above Suspicion,” out now. The story is a tragic tale of how one man’s ambition and another woman’s wild infatuation collided with deadly consequences.

Connecticut native Putnam was 27 years old and just out of the FBI Academy when he found himself stationed in Pikeville, Kentucky, a small Appalachian town three hours from Lexington with a practically unsupervised two-agent outpost. He moved there in 1987 with his wife Kathy and their two young children.

A few months earlier, a robber had stolen $18,000 in cash from a bank in nearby Meta, Kentucky, and it was up to the local agents to identify and catch the thief. After some false leads, they focused on Carl Edward “Cat Eyes” Lockhart, a local eccentric and repeat offender who had a pesky habit of wildly spending his ill-gotten loot.

Joe Sharkey wrote of Cat Eyes in his book “Above Suspicion” – upon which the film of the same name is based, “Cat Eyes’ chief virtues were gregariousness, loquaciousness, and generosity. Qualities admirable in law-abiding citizens, but problematic in bank robbers.”

The Putnam and his partner approached Lockhart’s best friend, Kenneth Smith, and his 25-year-old ex-wife Susan Smith. Despite no longer being married, the pair still lived together. But Kenneth proved unreliable, so Putnam picked Susan to be an informant instead.

Putnam and Susan Smith would meet two to three times every week, and Smith quickly told Putnam she believed Lockhart was planning another heist because she discovered a duffel bag with two sawed-off shotguns and ski masks in their home Sharkey writes. Putnam would pay her thousands of dollars for tips while she became increasingly enamored with her handler.

Susan began calling Putnam’s home constantly, and his wife Kathy would pick up the phone and play the role of therapist for hours on end.

“On the one hand, she seemed to have the idea that it was like a regular job, and Mark was her boss,” Kathy says in Sharkey’s book. “Then, on the other, I think she saw him and her as Bonnie and Clyde.”

The strange situation became more unhealthy and desperate. Besides the nonstop phone calls, Susan cut her hair short to look like Kathy’s. For Christmas, she bought Putnam expensive running shoes and a Nike shirt — a big no-no for an FBI informant. One day, Smith went looking for Putnam at the courthouse and flashed her breasts at the security guards, seemingly to make him jealous.

According to Sharkey’s book, a concerned Kathy warned her husband: “Don’t you ever get involved with this woman . . . She will get pregnant, and she will ruin you.”

A Strained Marriage and an Illicit Affair

His marriage strained, Putnam took Susan on a drive through the mountains a week before Christmas, and they had sex in his car. Putnam claims the pair made love five times over a two-week period, just in that vehicle, and then he called the relationship quits.

After local townsfolk threatened his family in connection with ongoing cases, Putnam was transferred to Miami, much to his relief.

According to Sharkey’s book, while Putnam was away, Susan began fabricating a more involved two-year relationship between them and shouting about it from the rooftops. They were in love, she said, and – much as his wife Kathy warned – she told anyone who would hear that she was pregnant with his child.

While visiting Pikeville to wrap up an unrelated case, Putnam took Smith on a drive to Peter Creek Mountain one night. He claims he told her he would get a paternity test once the baby was born and that he and Kathy would adopt the child. This threw Smith into a violent rage. The two physically fought, and Putnam strangled Smith. Her body went limp, and the agent realized she was dead.

Sharkey says that Putnam put Smith’s body in the trunk of the car, where it stayed for an entire day until he dumped it into a roadside ravine the following night. It would have remained there if not for Putnam, who wracked with guilt, confessed to the crime and led investigators to the corpse a year later.

He Would Have Gotten Away With It

If not for his own guilt, driven perhaps by his career in law enforcement, it is very likely that Putnam would have gotten away with Smith’s murder. Prosecutor John Paul Runyon was flabbergasted. He told the Associated Press that ″we had absolutely no evidence. Not one scintilla or shred of evidence to bring a charge or convict this man.″

Runyon continued, ″In the 28 years that I have been a prosecutor, this is the first experience that I have had where a lawyer called me on a telephone and said, ‘I have a man who wants to confess to murder or homicide, and wants to go to the penitentiary,’ and we had absolutely no evidence.”

Putnam was sentenced to 16 years in prison but was released after ten years, early in 2000, on good behavior. Two years prior, Putnam’s wife Kathy died of organ failure — likely from heavy drinking — at age 38.

Today, Putnam is remarried and lives a new and simple life as a personal trainer in Georgia. He is open about the case, and in fact, even served as a consultant on the film “Above Suspicion.”

“He’s a wonderful man,” her mother Carol Ponticelli told the Hartford Courant when he was let out of prison. “It was a crime of passion.”

1 thought on ““Above Suspicion” – Mark Putnam, The FBI Agent Who Strangled His Lover”