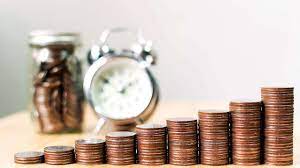 Retiring in America today is much different than that of several decades ago. No longer is the retirement scenario dominated by the fixation with accepting the gold watch at 65 years of age for a lifetime of service. Many choose not to retire at all or find themselves wanting to work a second job in a different career, as the gig economy has opened up for them. However, there are three things that we know are pretty certain.

That people are living longer, saving less, and will have less social security when they hit their retirement age. It appears as though the Social Security Administration would prefer you to wait until an older age to begin collecting benefits.

While age discrimination in employment is certainly an issue, it is not as acute now as it was perhaps 20 years ago, with the advent of solopreneurship and other employment avenues now available for those who look for them. What is startling is the prediction for longevity. Demographers say the baby who will live to be 200 has already been born!

According to Olivia S. Mitchell, executive director of the Pension Research Council, “This perspective can make insurance and health care providers blanch, as most are not yet thinking about how to manage truly consequential longevity risk.” This unsystematic risk will force businesses to change their actuarial models to account for such aging. If not, there may be no more insurance.

With regard to savings, “All these challenges are resonating against the background of a U.S. equity market that has reached new heights and, in fact, has extended the highest run for equities in history,” says Christopher Geczy, director of the Jacobs Levy Equity Management Center for Quantitative Financial Research. With a title like that, Geczy must know what he is talking about. So what advice is there to give those yet to retire?

Just work longer. That’s the answer for a lot of workers who can’t afford to retire. Just what you want to hear. If you’re thinking about bringing an age discrimination suit, you might want to think again. The bad news about age discrimination comes by way of recent court decisions that inexplicably conclude that protections against it do not apply to job seekers, only to current employees. Additional incentive to stay put.

We have known that the savings rate in the U.S. has been spiraling down for years. It now seems to take two incomes to make what one person would in the ’50s and ’60s. The foundation of retirement in America is not grounded in sound finance. According to a 2018 Northwestern Mutual survey, one in three Americans has less than $5,000 in retirement savings, with one in five reporting no retirement savings at all. Enter Social Security. The system is threatened by a shortfall that currently exceeds $14 trillion in the next 75 years and $43 trillion over the long haul.

Moreover, the Trust Fund will run dry in just 15 years, by 2034. These numbers just exude the fact that we are in a retirement crisis. Academics have untried solutions. Wall Street will sell anything that makes money, and politicians won’t touch this with a 10 foot poll. Of course, preparing for retirement also requires a certain amount of financial literacy, not to mention an awareness that the only constant is change, in legislation, retirement products, inflation rates, performance of the markets, and the economy. How much time do you think the guy who has no retirement savings puts into macroeconomic financial preparation?