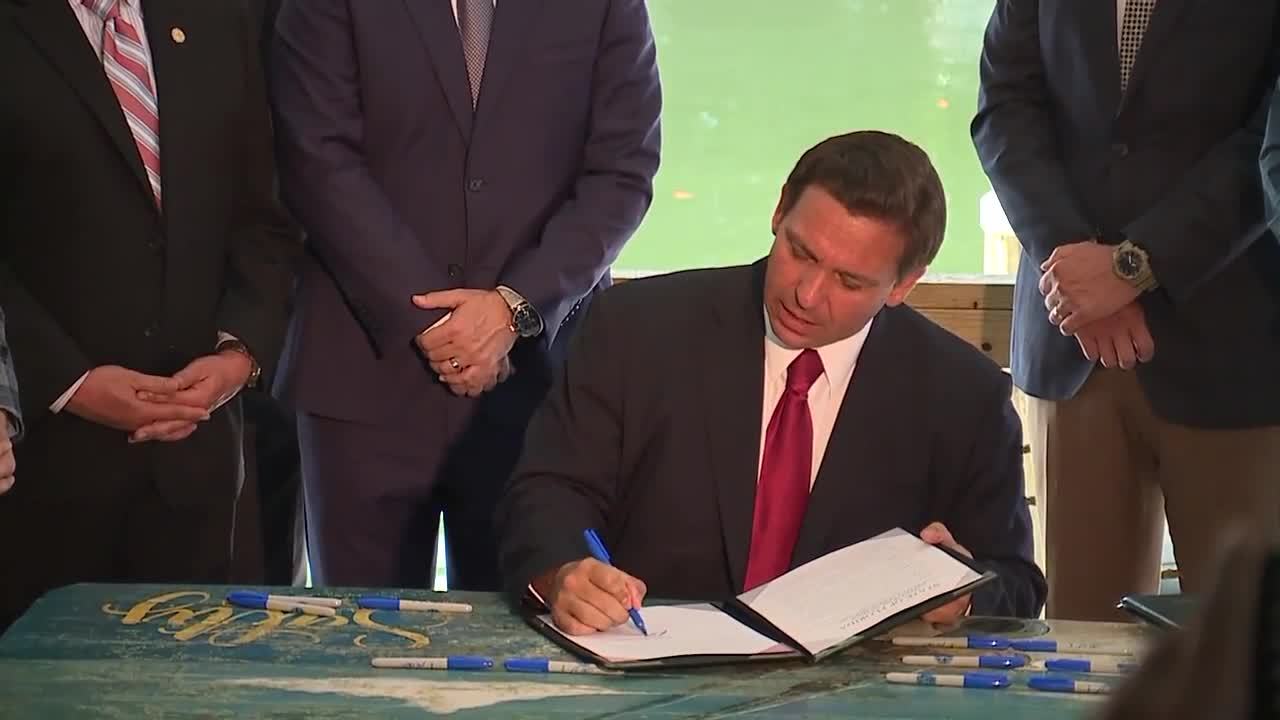 The senate bill focused on arbitrary lockdowns, vaccine passports, and emergency preparedness for future emergencies.  The Executive Orders suspend all local emergency orders until July 1, 2021, which will then be permanently invalidated as directed in SB 2006.

The new law, SB 2006, provides a chain of command in the face of another pandemic. The legislature will have the power to overrule emergency mandates and restrictions given by the governor, the governor the authority to override counties and cities, and allow county and city commissioners to overrule mayors.

“I think that’s the evidence-based thing to do,” DeSantis said. “I think folks that are saying they need to be policing people at this point, if you’re saying that, then you’re really saying you don’t believe in the vaccines.”

The legislation also requires more direct, limited, local emergency orders to be in increments of no more than seven days and totaling no more than 42 days. The law will make it tougher for local governments to issue mandates placing requirements on businesses and the public, as in ordering the use of face masks.

“Over the last year we’ve avoided protracted lockdowns and school closures in Florida because I have refused to take the same approach as other lockdown Governors. This legislation ensures that legal safeguards are in place so that local governments cannot arbitrarily close our schools or businesses,” said Governor Ron DeSantis.

“In Florida, your personal choice regarding vaccinations will be protected and no business or government entity will be able to deny you services based on your decision.”

The adoption of these policies come as Florida has experienced a decrease of weekly totals over the past month. Unfortunately, 5,000 new cases have been recorded daily with a test positivity rate of 7.9%.

This is well above the 5% level the World Health Organization says should be reached before lifting safeguards.

Opponents are concerned the legislation violates the First Amendment and will provoke lawsuits because businesses and schools will be denied the right to deny service to unvaccinated consumers. It is also a worry that tourism will be affected if it causes travelers to decide to avoid the state.

“Look, get ready for a whole lot of confusion,” said Jenne. “Just like with all the other executive orders that came out over the last 13-14 months. A lot of confusion and a lot of people not knowing exactly what do they have the right to do…it’ll definitely pressure them to lift” the requirements.

“It’s easy to forget we are still in the midst of a global pandemic. We still have new strains of this virus that are running rampant,” said State Rep. Fentrice Driskell, D-Tampa, thinking the DeSantis is moving in the wrong direction.

Opponents also think DeSantis is hyping attention among Republicans as he plans a bid for the White House in 2024.

“I’m wondering if this is in part of a larger plan for a potential run at a larger office, which I think is in the offing here in the next couple of years,” said Jenne, after DeSantis’ bill signing ceremony.