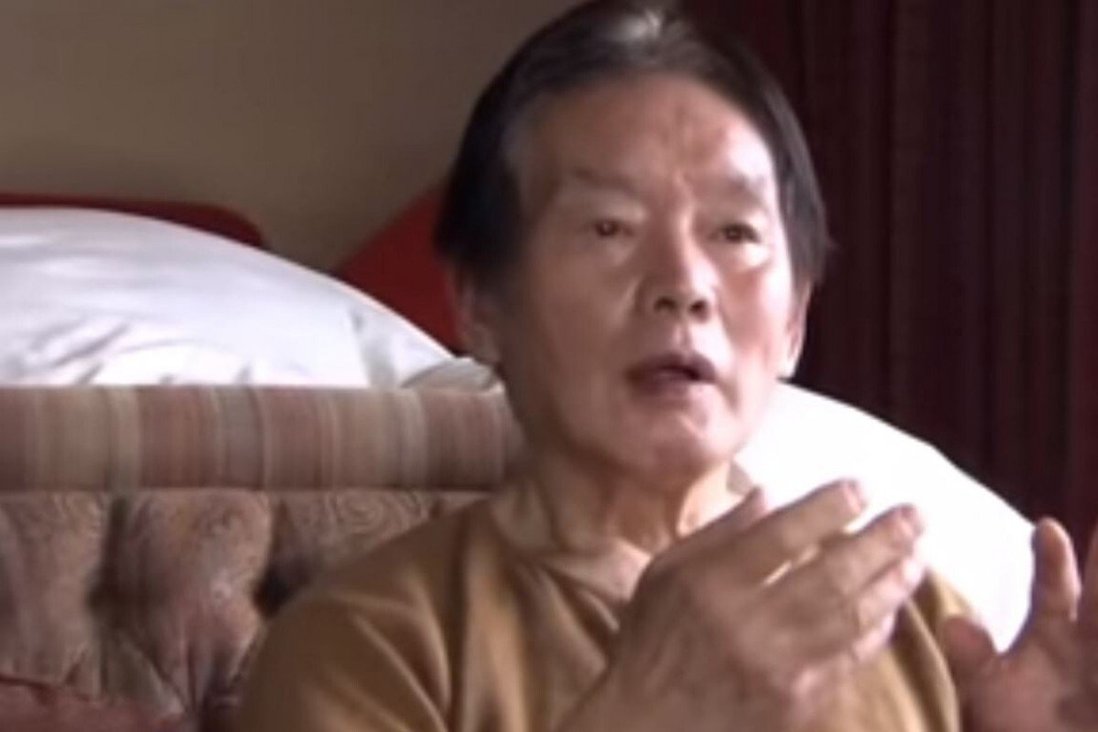 Nozaki, an extremely wealthy real estate mogul, bristled at warnings that  Sudo, then only 22, was just after his money when he married her in February 2018.

“I am sorry for the 99 percent of people who wish for this marriage to fall apart, but I am confident that I will be happy,” wrote tycoon and playboy who had gained celebrity status in Japan after the publication of “Don Juan of Kishu,” a best-selling 2016 memoir that detailed how he had seduced 4,000 women.

But Sudo seemed to have other plans for the marriage. The tall, raven-haired beauty was frequently away on shopping trips in Italy, Singapore, and Dubai, snapping up designer wardrobes with her new husband’s cash. She preferred the posh waterfront condo that Nozaki rented for her in Tokyo to his home in the sleepy city of Wakayama, almost 300 miles away, according to reports.

Nozaki seemed to have good reason to put up with the absences and his new wife’s penchant for pricey Chanel clothes. “She has white skin with a firmness that repels water,” he wrote in a second book published in 2018. “Our time in the bedroom is also fun. I’m convinced that is the secret to staying young. We have a quota of sex three times a day, and I don’t need Viagra. I know having so much sex may cause my death, but if I can die having sex and go to heaven, then I am good.”

However, it seems Nozaki did not get his wish. He did not die in an orgasmic embrace by his wife, although she very likely had something to do with it!

About three months into their marriage, on May 24, 2018, Nozaki was found dead in his bedroom. He died of “acute stimulant intoxication,” with a high level of undisclosed narcotics in his bloodstream, according to an autopsy.

His widow moved quickly to appoint herself president of the billion-dollar company he founded, according to reports in the local press. She also had plans to leave Japan shortly after the funeral. But her escape was foiled when the pandemic made travel impossible.

In April, police arrested Sudo in Tokyo and extradited her to Wakayama, where they charged her with murder.

Police, along with Nozaki’s family, had long suspected that Sudo might have been responsible for his death, especially when they found phone records that showed internet searches for “stimulant drugs” and poisons on Sudo’s phone, according to sources cited by the Japanese press.

Who Was The Japanese Don Juan?

Nozaki was a self-made businessman who rose from humble roots in Tanabe, a city of 70,000 in western Japan. He bailed on his education after middle school, selling metal scraps, condoms, and alcohol before making a fortune in real estate, a money-lending venture, and a string of liquor stores, according to his memoir.

But his life was marked by a seemingly insatiable desire for sex.

“The reason I make money is to date attractive women,” he wrote in “Don Juan of Kishu: The Man Who Gave Three Billion Yen to 4,000 Beautiful Women.”

“When I find a woman of my type, tall and voluptuous, I would tell her … I want to go out

with you and have sex with you … I’ll give you ¥400,000 [$3,600 in US dollars] if you agree,” he continued. “Some people may frown at my sense [of relationships], but this is exactly why I have been working in various occupations and earning money. Everybody has a different dream. I don’t feel guilty about anything.”

The book, which sold more than 50,000 copies in Japan, also included tips on how to stay fit and how to pick up flight attendants and college students. Nozaki was inspired to tell his story after one of the young women he dated stole the equivalent of $550,000 in cash and other valuables from him in 2016.

He said he wrote the memoir partly to restore his faith in humanity. Although the unidentified woman was arrested, he did not press charges, famously declaring that the cash she took “is like toilet paper to me.”

“The theft gave me a good life experience,” said Nozaki, who, despite his womanizing, largely kept to himself, according to a neighbor.

He said he met Sudo in the fall of 2017 at a Tokyo airport when he pretended to stumble to get her attention. But some reports suggest they met through a third party — and that Sudo allegedly worked as a high-end call girl. Prostitution is illegal in Japan.

When they started dating, Nozaki promised Sudo an apartment in Tokyo and an allowance of $10,000 a month, according to reports.

But something had apparently soured before Nozaki’s death, and Sudo was at risk of losing her fabulous life. According to Japanese broadcaster NHK, Nozaki was thinking of divorcing her.

His death at her hand may have been all because of a dog. All who knew Nozaki knew that he loved his pet dachshund, Eve. He was devoted to the dog and had told his wife and anyone else who cared to listen that he planned to leave his entire inheritance to Eve after his death.

Telling that to Sudo was probably a bad idea! Nozaki died 18 days after the demise of his beloved miniature dachshund, who succumbed suddenly and mysteriously in his arms on May 6, 2018.

“Eve suddenly became ill and was taken in the middle of the night to a veterinarian,” according to a report.

Friends said that Nozaki, who had no children, was devastated after the canine’s death and asked a monk at a local temple to conduct a memorial service. He tearfully buried Eve in the backyard and, in the days before his own death, was planning a June celebration in honor of Eve — busily inviting friends, business associates, and even securing musicians for the event.

After Nozaki’s own death, authorities suspected foul play in Eve’s passing and went so far as to exhume the dead dog. In the end, they were unable to conduct a necropsy because the remains had deteriorated too much.

It’s not clear if police uncovered new evidence in Nozaki’s case before the surprise arrest of Sudo, now 25, in late April. Police said she had been a suspect for years because she was in the Wakayama house when her husband died. Sudo initially told authorities that she heard a noise from the couple’s bedroom and went to investigate — and found Nozaki slumped on a couch in his bedroom. Police, who also questioned the man’s longtime housekeeper, who was also in the home, now claim that Sudo gave Nozaki a poison-laced cocktail shortly before he died.