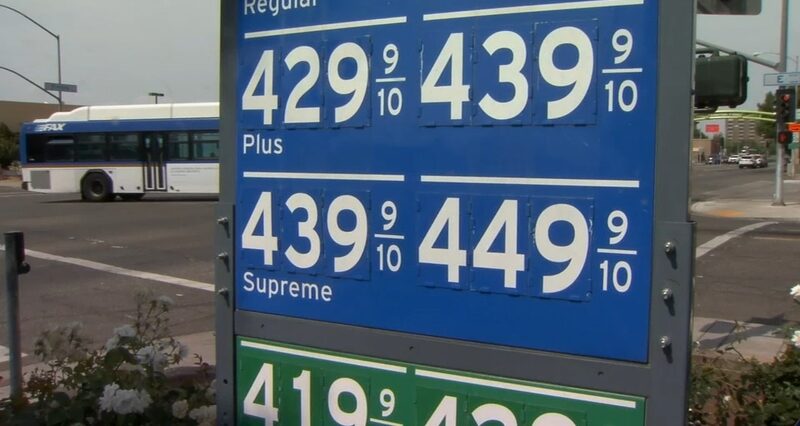 While the FBI has now identified the criminals responsible for the cyber hack that shut down a serious hack of a major oil pipeline, the Biden administration did nothing to prevent the hack in the first place.

The FBI said that the ransomware gang known as “Darkside” was the group responsible for the attack over the weekend that forced the shutdown of the Colonial Pipeline networks responsible for carrying gasoline from Texas to the Northeast.

“The FBI confirms that the Darkside ransomware is responsible for the compromise of the Colonial Pipeline networks,” the FBI said in a statement on Monday, May 10. “We continue to work with the company and our government partners on the investigation.”

A senior Department of Justice source wishing to remain anonymous told FOX Business News that the investigation into the attack is ongoing due to the involvement of ransomware, labeling the sophistication of the tools involved “very high.”

Darkside announced its existence in August 2020 and claims it does not attack medical, educational, or government targets – only large corporations – and that it donates a portion of what it takes to charity.

The group will harvest data from a victim’s server, then encrypt it and request a ransom. The group then will upload the data to a website on the dark web, which will publish the stolen information, should the cyber-criminals not receive the ransom, risking sensitive data loss for any organization that falls prey to the ransomware attack.

Darkside has advertised stolen documents from more than 80 companies across the U.S. and Europe on its website.

In a statement to the press, Colonial Pipeline said they are dedicating resources to “restoring pipeline operations quickly and safely.”

“Segments of our pipeline are being brought back online in a stepwise fashion, in compliance with relevant federal regulations and in close consultation with the Department of Energy, which is leading and coordinating the Federal Government’s response,” the company said.

The hackers who caused Colonial Pipeline to shut down on Friday, May 7, began their cyberattack against the top U.S. fuel pipeline operator a day earlier and stole a large amount of data, Bloomberg News reported citing people familiar with the matter.

According to Bloomberg, the hackers, now identified as the group “Darkside,” took nearly 100 gigabytes of data out of Colonial’s network in just two hours.

As Colonial works with the Federal government in response to the attack, the company added that its operations team is “executing a plan that involves an incremental process that will facilitate a return to service in a phased approach”— a plan based on “a number of factors with safety and compliance driving our operational decisions, and the goal of substantially restoring operational service by the end of the week.”

“We continue to evaluate product inventory in storage tanks at our facilities and others along our system and are working with our shippers to move this product to terminals for local delivery,” the statement from Colonial continued. “Actions taken by the Federal Government to issue a temporary hours of service exemption for motor carriers and drivers transporting refined products across Colonial’s footprint should help alleviate local supply disruptions, and we thank our government partners for their assistance in resolving this matter.”

Meanwhile, gas prices which have already been on the rise spiked an average of another .06 per gallon as news of the attack spread. According to AAA, prices will climb this week in reaction to the Colonial Pipeline shutting down four of its main lines, which delivers 45 percent of the East Coast’s fuel.

The states whose fuel supply may be affected by the attack are Texas, Louisiana, Mississippi, Alabama, Georgia, South and North Carolina, Virginia, Maryland, New Jersey.

“This shutdown will have implications on both gasoline supply and prices, but the impact will vary regionally. Areas including Mississippi, Tennessee, and the east coast from Georgia into Delaware are most likely to experience limited fuel availability and price increases as early as this week,” said Jeanette McGee, AAA spokesperson in a news release. “These states may see prices increase three to seven cents this week.”

28 thoughts on “Gas Prices Soar As Biden Was Unable to Prevent Cyber Hack!”