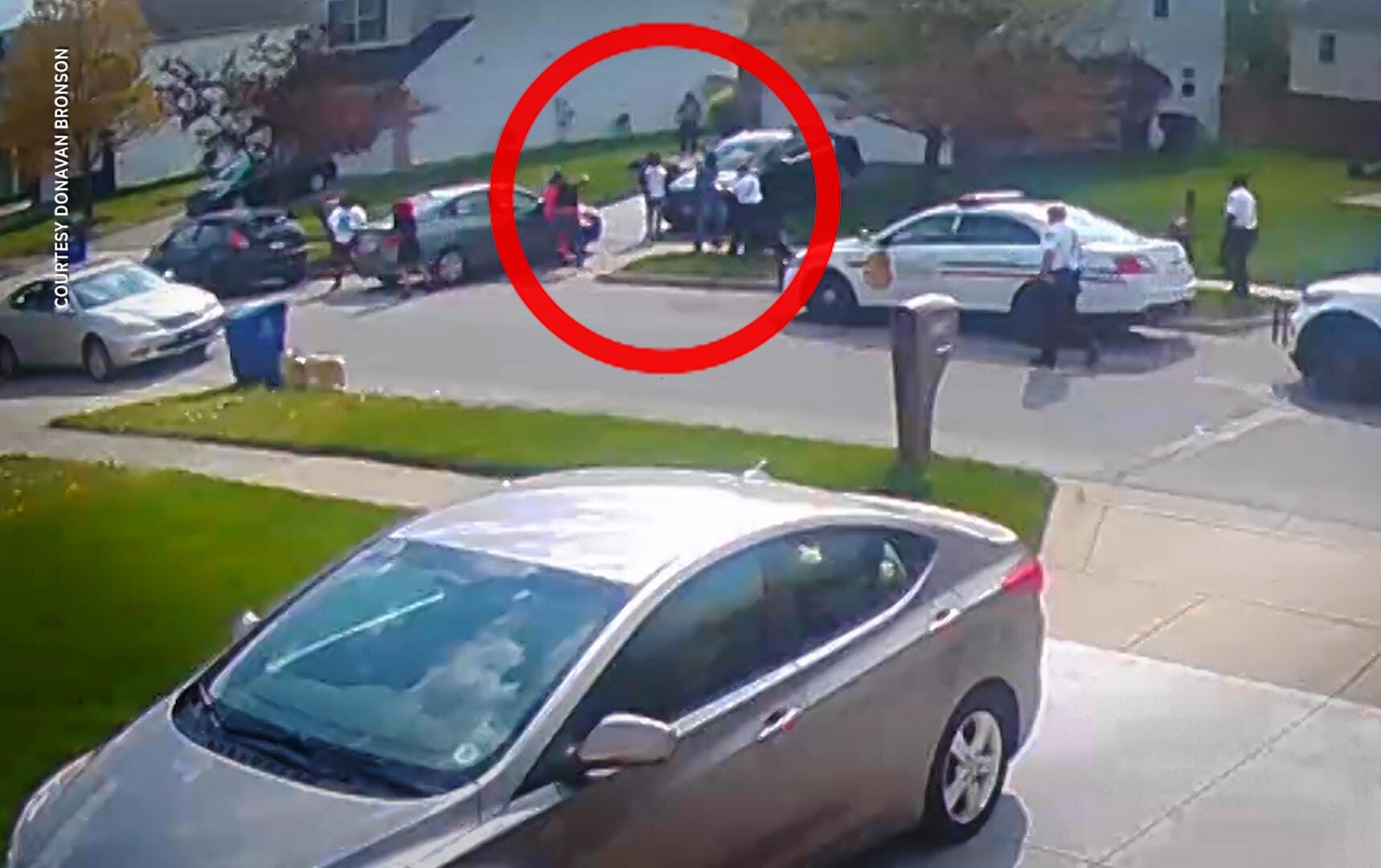 As details continue to emerge in the unfortunate shooting death of Ma’Khia Bryant, a neighbor, who has provided security camera footage to authorities, says that the officer in question had “no choice” but to fire on the teen, who was about to plunge a knife into another girl in the melee.

The neighbor, Donovan Brinson, said he saw the chaotic events that led to the fatal incident — and that video from his security camera led him to believe that the cop had no choice but to fire.

Brinson was pulling into his driveway as the fight was going on, “They were calling each other the B-word, so I figured it was just a girl fight,” he told the Ohio paper the Columbus Dispatch.

He said the yelling escalated moments later when he took his dog out back, so he went back into his home. And when police arrived, he said he heard four shots as his wife, Rachel, dove to the floor.

Brinson said he looked out the window of his laundry room and saw the mortally wounded Ma’Khia Bryant lying on the ground. It was then that he thought to check the footage that might have been recorded by his security camera, which did face the direction of the chaotic brawl. As he reviewed the shocking footage, which had indeed captured the fight, he said he could clearly see the glint of a knife.

“It was violent, and all just happened so fast,” Brinson told the Dispatch, citing a girl dressed in pink who was the second female involved in the altercation with Bryant.

Brinson, who turned his video over to police, said he believed that had police not taken immediate action, the girls in pink would have definitely been stabbed by Bryant and likely killed.

Brinson’s 26-second video — shot from much farther away than the footage released by police — shows as many as seven people either in front of Bryant’s foster home or emerging from inside, as a patrol car rolls up, followed by a police SUV.

The foster mom told the newspaper she was at work when the incident happened and declined further comment.

Another neighbor, Ira Graham III, a photographer and videographer who was working at home, said he heard the gunshots Tuesday afternoon. “I saw a bunch of cop cars coming down the street,” he told the Dispatch, adding that he saw cops performing CPR on Bryant and that he later saw the police video of Bryant’s actions.

“I believe in truth and facts. Video doesn’t lie,” he said. “She was in full attack mode.”

The girl [Bryant] “was literally aiming a knife at this young lady,” Graham said of the female in pink. “She needed to be stopped at that point. That young lady’s life was at stake.”

The officer, who has been placed on paid leave, has since been identified as Nicholas Reardon, a US Air National Guardsman who received an expert marksman badge.

Trouble in the Home Long Before the Shooting

Meanwhile, the Associated Press is reporting that the younger sister of Ma’Khia Bryant called 911 a few weeks before Bryant’s fatal shooting by Officer Reardon, saying the girls had been in a fight with each other and she wanted to leave their foster home.

“I don’t want to be here no more,” the girl told a police dispatcher, adding that she’d been in the home more than a year.

The 911 call was one of more than a dozen placed from the Columbus foster home since 2017, most by Angela Moore — the home’s foster mother — seeking help with foster girls who had left without permission or didn’t return after being out, according to documents and 911 calls obtained by The Associated Press.

Bryant had only been in the home since February, but Michelle Martin, attorney for the Bryant family, said she had been in the foster care system for too long. Martin told the Associated Press, “The whole world has placed Ma’Khia on trial based on this one incident where they see her swinging a knife. But why aren’t we looking further and figuring out who were those girls? How did they get there? How did this develop so quickly?”