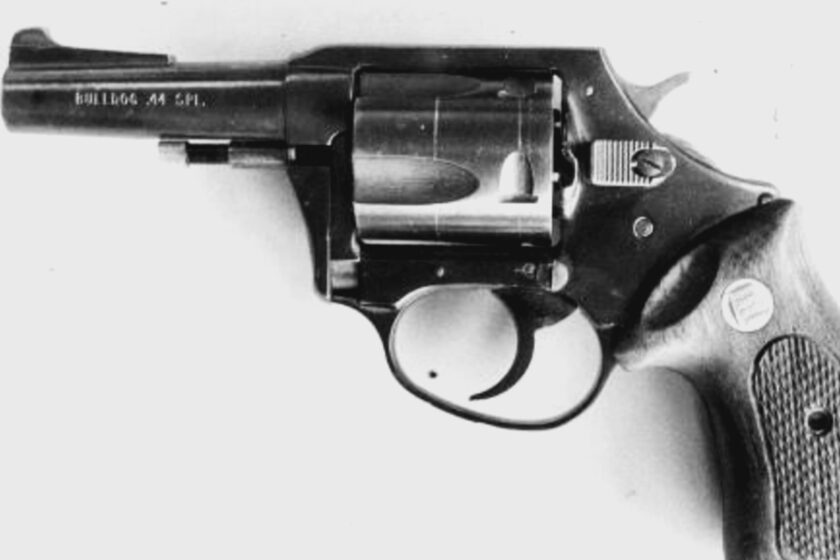 Serial Killer Survivor Says Berkowitz Was NOT the Son of Sam

In a shocking revelation, a survivor of the Son of Sam murders says that convicted killer David Berkowitz was not the “.44 Caliber Killer” that held New York in the grip of fear during 1976 and 1977.

Many New Yorkers still live with memories of the panic of those days – this author included, who was a teen living in the very Queens neighborhood where several of the murders took place. However, Carl Denaro lives with an even starker reminder – a metal plate in the back of his head, a macabre memento, police say, from “Son of Sam” serial killer David Berkowitz.

Berkowitz terrified the Big Apple in 1976 and 1977 in a sadistic shooting spree that claimed six lives and critically wounded seven others. The unassuming civil servant confessed to pulling the trigger of his .44-caliber Bulldog revolver on the orders of a demonic dog.

However, Denaro claims in a new book — co-authored with Brian Whitney — that his shooter was not the “Son of Sam,” but a mysterious “occult priestess” named “Big Breasted Wendy” or “Amy.”

According to the NY Post, a long-haired Denaro was 20 when he was shot in the head Oct. 23, 1976, while sitting in the passenger seat of a blue Volkswagen in Flushing, Queens, during a make-out session with Rosemary Keenan, who escaped serious harm.

On May 8, 1978, Berkowitz pleaded guilty to all six murders and was given six consecutive 25-years-to-life sentences. He remains incarcerated at the Shawangunk Correctional Facility in upstate Wallkill.

Berkowitz originally told the NYPD he shot Denaro, but years later said he didn’t, and today remains cagey about it. Denaro admits he never saw the shooter. His assertions of a triggerwoman echo those of the late journalist Maury Terry, who investigated the “Son of Sam” case and was convinced Berkowitz was a cog in a Satanic cabal that stretched across the U.S. Terry, who died in 2015, wrote “The Ultimate Evil: An Investigation of America’s Most Dangerous Satanic Cult,” in 1987.

“During the ‘Son of Sam’ rampage, I got my information about the case like everyone else, the evening news, the New York Post, and The Daily News,” the 64-year-old Denaro told The Post. “At the time, I had no reason to think that the attacks were the work of a cult. I read ‘The Ultimate Evil’ … and started thinking there might be something to this.”

In a nationally televised 1990s interview, Berkowitz hinted to Terry that a female cult member shot Denaro but doesn’t name her.

Terry “knew there would never be enough proof to solve the case unless Berkowitz talked … or someone came forward and said they’re part of the cult,” Denaro writes.

In his 176-page book, Floral Park, L.I., resident Denaro writes of police sketches not resembling Berkowitz and an NYPD ballistics detective who told him that “based on his findings,” the shooter was either a “90-pound weakling or a woman.” The same detective also told Denaro the ballistics report was missing from the NYPD files.

Denaro said he’s emailed Berkowitz eight times since August, hoping the .44-caliber killer would cough up any information on who shot him. Berkowitz responded on five occasions — most recently in January — but never answered the question. The correspondences are in his book.

Denaro says that Terry was in the process of updating “Ultimate Evil” with new information, but he died before he could publish the new edition.

“A lot of stuff went to the grave with Maury,” Denaro said, adding, “I do believe there are satanic cults out there operating. … I’m 100 percent convinced it is real, and it does exist.”

Denaro was also interviewed by filmmaker Josh Zeman for the Netflix documentary series, “The Sons of Sam,” which launches May 5.

“I’ve learned a long time ago that I am a patient guy,” Denaro said. “Here we are 44 years later, and I’m still waiting for the truth — and still hopeful.”