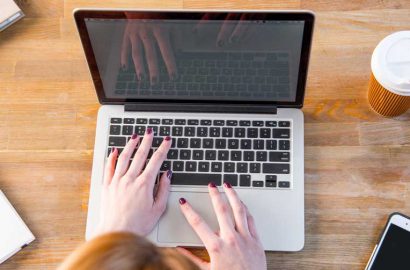 The roller coaster ride of working with Amazon as a small business has brought you to the pinnacle for the moment. The online behemoth stated last week that it would invest the enormous amount of $15 billion to enable their sellers to grow using its vertical monopolistic chain.

Cynical perhaps, but no company, especially Amazon, would invest a dollar unless its projects net present value is positive, and its internal rate of return surpasses its cost of capital. Also, under heavy federal scrutiny, this could be a way to take some of the heat off the company by portending to help the market to become more efficient for all players. The company is offering new tools to make it easier for online sellers to grow their business.

Like everything, though, there’s a cost. The move is a clear message that Amazon wants to own the marketplace for small businesses that sell online. Money invested in artificial intelligence will better allow small firms to price their products on Amazon, which theoretically should result in more sales. This takes the efficient market to a new level.

As the graphic illustrates above, more than one million small businesses are selling on Amazon. Independent third-party sellers, primarily small and medium-sized businesses, made up 58% of all physical gross merchandise sold in Amazon’s stores in 2018 and their sales exceeded $2 billion on Prime Day in July this year.

According to Nicholas Denissen, Amazon Vice President of Small Business, “Small and medium-sized businesses are the lifeblood of the economy, and we are committed to empowering them. As part of our dedication to supporting independent retailers, we have thousands of employees around the globe who work hard on their behalf, developing tools and services to help them grow their sales in Amazon’s stores. Ultimately, our success depends on their success.”

The cynical side of me has returned, as I read horror stories of past Amazon sellers. Like every good business, Amazon is looking out for its own interests (i.e. Jeff Bezos’ interests) and when a merchant’s interest contradicts that of Amazon, the latter will not hesitate to crush the little guy (that, unfortunately, is most likely you).

As I’ve mentioned before, the number one danger of selling on Amazon is making it your primary source of eCommerce income. Never have all your eggs in one basket. There are countless stories, mine included, of people being kicked off of Amazon both justly and unjustly. At the end of the day it does not matter. If you are selling exclusively on Amazon you are essentially beholden to them and at their mercy. There was a time where you could start a niche business on Amazon and profit accordingly. Now, with its A9 Search Engine algorithm, Amazon can see exactly what private label products are selling, and can then move in with their own private label, thus crushing you in one fell swoop.

What I have always found interesting about Amazon sellers is their general blindness to the selling fees. If you wanted to start a franchise and they told you that the franchise fee was 15% of revenues, I would hope you would run the other way. This makes it virtually impossible to turn a profit.

Amazon is no different. Amazon seller fees average about 15% of a product’s retail price. Now let us assume that an average merchant has a profit margin of 25% on his products. That means Amazon is cutting into roughly 60% of his or her profit margins. In and of itself, this is ridiculous, but from a risk perspective, this is a high stakes scenario. What happens if manufacturing costs go up by 5 %? Or shipping costs increase by 5%? You are doomed!

But Jeff Bezos seems like such a nice guy.