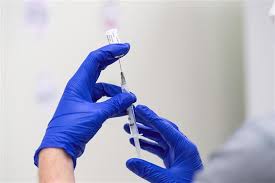 In this era of so-called “Fake News,” a new study has revealed that more than half of all Americans now believe in what are commonly said to be “ health conspiracy theories.”

Of course, this is largely driven by social media. Who’s Facebook page isn’t littered with “news” items with headlines screaming, “These 5 Foods Will Kill You,” or “Swedish Doctors Find Cure for Cancer!”

The new study, which determined that nearly half of all Americans buy into such articles, was conducted by J. Eric Oliver and Thomas Wood from the University of Chicago and the results were published in the journal JAMA Internal Medicine.

A total of 1,351 people completed the survey online. They were asked about some of the most commonly heard conspiracy theories surrounding health and medicine and had to answer whether or not they had heard of it before and whether they agreed, disagreed, or neither agreed nor disagreed. The answers were compared to their health habits in order to determine if there was a connection to believing in unsubstantiated claims and how the individual’s healthcare was managed.

Here are the theories the researchers asked about, and their results.

37% responded that they believe the FDA conceals effective herbal remedies for diseases because vitamins and supplements aren’t big money-makers. But the truth is, many medical treatments are based on natural sources. For example, Aspirin (acetylsalicylic acid) came about from extract of willow bark that was used to treat pain and fevers. It was extremely bitter and caused gastric irritation. Aspirin was synthesized to have all of the benefits of the willow bark extract, while minimizing the side effects. Vitamins and supplements are actually a billion-dollar industry and since they aren’t regulated, they contain questionable amounts of the active ingredient and there’s often no evidence they do anything they claim to do.

20% responded that they believe doctors know vaccines cause autism and other disorders, yet administer them to children anyway due to pressure from the government. Despite a continued heavy “Antivax” movement, there is very little credible scientific evidence to support any claims that link autism to vaccines.

20% responded that they believe cell phones cause brain tumors and other cancer, but big business owns all health officials and won’t let them report on it. This one actually seems the most valid out of all of them, given that cell phones emit non-ionizing electromagnetic radiation, but so far there have been no studies that indicate cell phone use carries any increased risk of cancer.

12% responded that they believe adding fluoride to water allows large corporations to dump other chemicals into the water, completely undetected. However, this particular conspiracy doesn’t even address the safety or efficacy of fluoride and seems to just operate on the assumption that the EPA doesn’t regulate the quality of our drinking water… which it does.

HIV, the CIA and African Americans

12% responded that they believe that the CIA infected large numbers of African Americans with HIV and covered it up by saying it was a hepatitis vaccine. This one almost partially makes sense, given the horrifying lack of ethics surrounding the participants of the Tuskegee syphilis experiments and the fact that HIV infection rates are about eight times higher among blacks than whites. The CIA is not behind HIV creation/infection. The CDC has outlined why blacks have higher infection rates and what is being done to reduce that number.

12% responded that they believe genetically modified foods are part of a global conspiracy designed to cull the human population. Actually, GMO crops were meant to increase yield and curb global hunger in the face of an ever-increasing human population. While there have been some studies that show a correlation between GMOs and some maladies, that is a far cry from being a causative agent. Many studies have been done, and there is no evidence that eating GMO crops are harmful.

They said that these “high conspiracists” high conspiracists were more likely to reject the use of sunscreen and refuse seasonal flu shots. Around 80% of those who were more willing to trust an alternative source than a medical professional stated they believed at least one of the theories. This group is also more likely to purchase organic produce at a local farmer’s market.