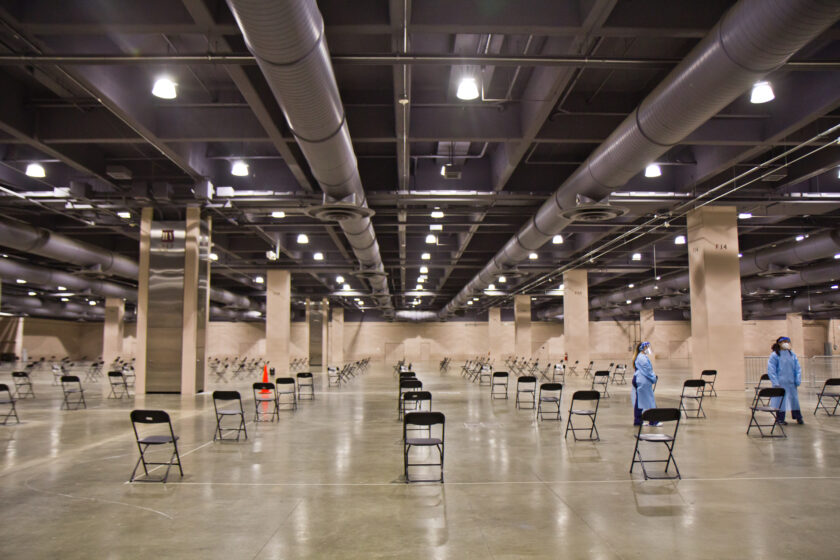 It looks like the Biden administration will not reach its purported goal of 70% of the US vaccinated by July 4th, so here comes the spin!

“We have built an unparalleled, first of its kind nationwide vaccination program,” he said at a news briefing.

However, Spencer Brown, Managing Editor of Townhall, pointed out that the administration sought to move the goalposts during the briefing by highlighting that it did meet Biden’s goal when the age was adjusted to omit younger adults.

Asked by ABC News Chief White House Correspondent Cecilia Vega what went wrong and why the White House wasn’t able to reach the goal that it set, White House press secretary Jen Psaki said that the country has already met the goal of 70% of partially vaccinated adults among those 30-years-and-older, but that it’s been harder to vaccinate communities of color, conservative communities, and younger populations.

“We don’t see it exactly like something went wrong, how we see it is we set a bold, ambitious goal — something the President has done from the very beginning — and we are expected to meet that goal. Just a couple of weeks after July 4th, and in fact, at this point, as of today, we’re going to be already at that point for people who are 30 years of age and older,” she said.

Those between the ages of 18-26 have been most difficult to convince to get inoculated, and  “a few extra weeks” will be needed to reach the goal, according to the White House.

“The reality is, many younger Americans have felt like Covid-19 is not something that impacts them and have been less eager to get the shot,” Zients said.

He warned that if more Americans don’t get the jab, a Covid-19 surge will likely hit in the winter.

“I think, come winter, we are going to again see a surge,” he said. “And that surge is going to occur exactly where you would expect it to occur — in areas that are unvaccinated or under-vaccinated.”

But, the point is despite how the White House wants to fudge the numbers or spin the story now, the bottom line is that the original goal, as stated by Biden, was 70% of Adults by the Fourth and he will miss the mark, a Biden FAIL, period.