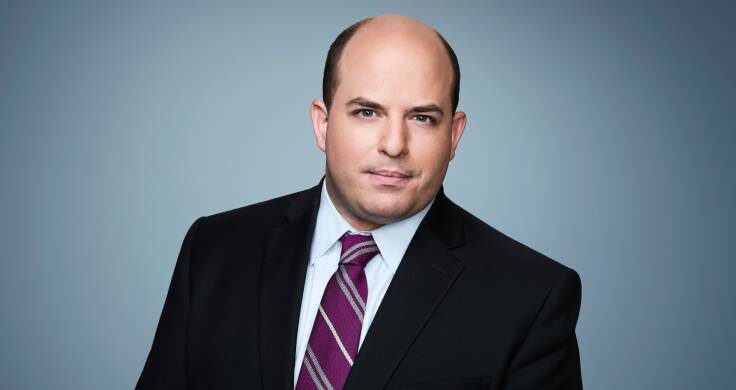 CNN’s Brian Stelter Called Out for Sucking Up to White House Press Secretary!

The left-leaning network’s “chief media correspondent” is facing ridicule for a groveling interview in which he asked White House press secretary Jen Psaki what the media gets “wrong” when covering the Biden administration.

The “Reliable Sources” host conducted an interview with Psaki on Sunday’s episode of his weekly show, which he kicked off by offering President Biden’s chief spokeswoman a chance to critique the media.

“What does the press get wrong when covering Biden’s agenda? When you watch the news when you read the news, what do you think we get wrong?”

Psaki said many in the press corps seemed to fail to recognize how long the legislative process can be while reporting on the administration’s efforts to push the president’s agenda through Congress. “I think some of our muscles have atrophied a little bit over the last few years, and there isn’t a lot of memory, recent memory or longer memory, on how long it takes to get legislation forward or how messy the process of negotiating and the process of getting legislation across the finish line can be,” she explained.

“I don’t know if that’s the press getting it wrong. I’ll leave you to the critique of that, Brian,” she playfully nudged the obviously starry-eyed Stelter.

Later on in the interview, Stelter asked Psaki if she was too worried as a parent about “craziness” from Republicans.

“I guess I don’t think about it through a political prism; maybe that’s funny given I’m in Democratic politics,” she replied before beginning to list Biden’s policy priorities.

Other media personalities excoriated the CNN host after clips of the interview began to circulate on social media.

“Beat me, Jen! Tell me how to be better,” journalist Glenn Greenwald wrote in one of a series of tweets.

“I’m not using hyperbole when I say the ‘interview’ that @brianstelter did with Jen Psaki yesterday should be studied in journalism school. It’s one of the most sycophantic interviews of a state official you’ll ever see. This is how state TV functions,” Greenwald wrote.

“Our corrupt [mainstream] media are absolutely nothing more than propagandists and should be treated as such,” Mollie Hemingway, senior editor of The Federalist and a Fox News contributor, tweeted.

For his part, Stelter issued a longer tweet addressing the backlash, writing, “My Twitter mentions right now: liberals mad because I asked @PressSec about why Biden won’t hold more press conferences. Conservatives enraged because I asked her, ‘what do you think we get wrong?'”

“And I feel so old fashioned thinking to myself, ‘judge the interview in context…’”

2 thoughts on “CNN’s Brian Stelter Called Out for Sucking Up to White House Press Secretary!”