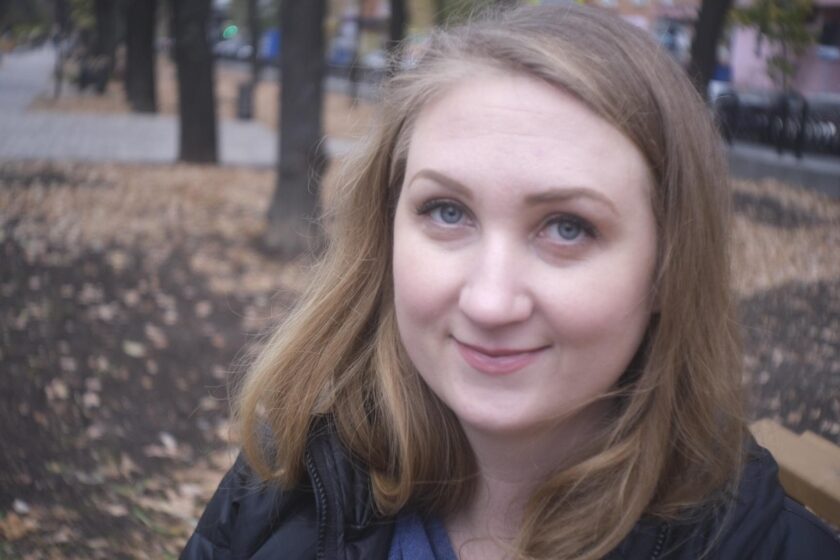 “I hope I am not being abducted.”

Those are the last words of a cryptic text a frantic mother received before her daughter,  Catherine Serou; an Ex-US Marine, was found murdered in Russia!

Serou vanished while studying abroad in Russia. She sent her family a puzzling — and ominous — text message shortly before she turned up dead. The decorated 34-year-old Marine texted her mother that she was “in a car with a stranger,” adding, “I hope I’m not being abducted” prior to disappearing from Nizhny Novgorod last week.

Serou later turned up dead in a forest near the Bor community of Nizhny Novgorod in Western Russia where she resided, officials announced.

Serou disappeared on June 15, shortly after getting into a vehicle with an unknown individual in Nizhny Novgorod, roughly 250 miles east of Moscow. The car was headed in the direction of Rekshino village.

“It says: ‘In a car with a stranger. I hope I’m not being abducted.’ And that’s the last thing she wrote,” Beccy Serou, her mother, told NPR. “She’s out there in this forest, I think, relying on her wits — if she hasn’t been killed — to stay alive.”

Beccy Serou said she last saw her daughter in person in 2019.

In the days following Serou’s disappearance, extensive search efforts were launched in the area where she was believed to have been using her cell phone shortly before she was last heard from.

Alexander Popov, 44, has been arrested in connection to her disappearance, according to Russia’s Investigative Committee. The man has past criminal convictions, authorities said. He has reportedly been cooperating with law enforcement. “Investigative actions are being carried out in order to prove the evidence,” Russia’s Investigative Committee said in a statement to the press. “In the nearest future, a decision on charging the defendant of the probe and on choosing a preventive measure will be made.”

Authorities suspect the 34-year-old California native may have gotten into the stranger’s car, mistaking it for her Uber. A motive in her killing wasn’t immediately released.

Serou served as a corporal in the US Marines from 2006 until 2011, according to a spokesperson for the military branch. She was a logistics specialist. In 2008, she was deployed to Afghanistan. During her service, she was awarded a National Defense Service Medal, an Afghanistan Campaign Medal, a Sea Service Deployment Ribbon, a Global War on Terrorism Service Medal, and other accolades. She was previously headquartered at North Carolina’s Marine Corps Base Camp Lejeune.

In 2019, Serou enrolled in a graduate law program at Lobachevsky University, her family said. She’d planned on studying the Russian language before returning to law school in America.

“She loved the university,” Beccy Serou added. “I’m not going to use the past tense, I’m sorry for doing that. She loves the University. It has very small classes, extremely good teachers, and she had many friends outside the University as well.”

“Lobachevsky University extends its sincere condolences to the family and friends of Catherine Elaine Serou on the tragic death of this first-year master’s student of the UNN Faculty of Law,” Rector Elena Zagaynova said in a statement. “This is a personal, painful loss for all of our staff and students. The University is an international fraternity of thousands of students from more than a hundred countries. Their lives, health, successes, and achievements are our great value. The tragedy that has occurred echoes in the hearts of all of us.”

The school, which is located in Nizhny Novgorod, has 30,000 students from approximately 100 countries across the world, according to its website.

“Since the news of Catherine’s disappearance, we have lived in anxious anticipation, doing our best to help investigators and search parties, and never lost hope. To our great regret, the girl suffered at the hands of a criminal and tragically died,” Zagaynova added.