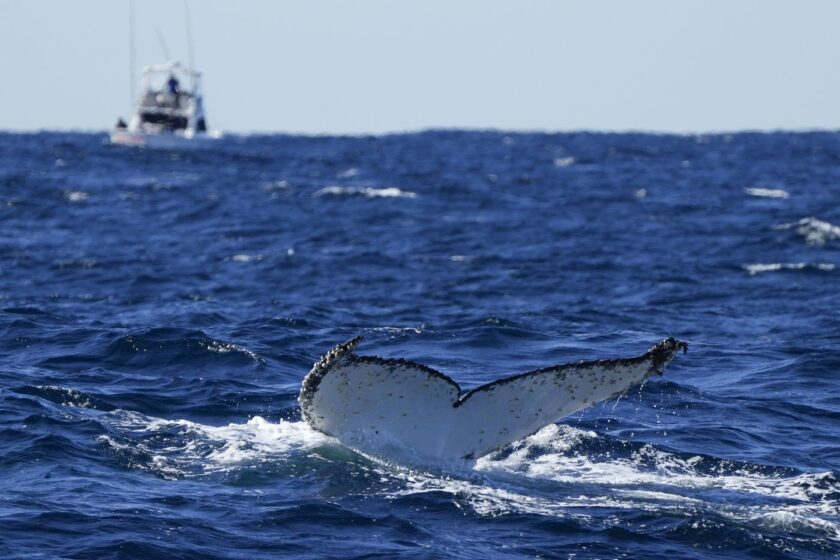 Lobster Fisherman Swallowed By a Whale!

This entry in our “weird news” section is one whale of a tale!

Michael Packard, a Cape Cod fisherman, is recovering after miraculously emerging without serious injuries after spending nearly a minute in the maw of a humpback whale who mistook him for a snack.

“I was lobster diving, and a humpback whale tried to eat me,” Packard wrote on his Facebook page.

This tale, reminiscent of the biblical story of Jonah and the Whale, began innocently enough when the 56-year-old sea captain went diving to check on his lobster traps near Provincetown, where he’s from. He was about to check a trap — when a passing whale just scooped him up and gulped him down!

“He was in a whale’s mouth for 30 to 40 seconds, and then he was spit out,” his mother, local painter Anne Packard, told the local press.

Michael Packard wrote on Facebook that the whale swam to the surface and spewed him out.

“I realized I’m in a whale’s mouth, and he’s trying to swallow me,” a shaken-sounding Michael Packard told a WBZ reporter outside of the hospital a few hours after the incident, according to the TV station. “I thought to myself, ‘Hey, this is it. I’m going to die.'”

But happily, his physical recovery seems to be going swimmingly. His mother said he was recovering in a local hospital and had been pretty doped up to tend to his myriad bumps and bruises — but that he’s doing pretty well, all things considered. Medical personnel had suspected he’d broken at least one of his legs, but it appears he escaped even that.

“He doesn’t have any broken bones,” she said. “He’s terribly fortunate.”

She said she’d just talked to him on the phone, and they didn’t get too far into what it’s like in a whale’s mouth. But she did say, “He said he knew it was the end — he absolutely accepted it.”

Packard may very well be the luckiest man alive. Like something from the popular “Final Destination” movies, this isn’t the first time he escaped certain death. According to the NY Post, Packard was also nearly killed in 2001, when a plane he was on reportedly crashed in Costa Rica, killing three other people on board. The plane went down on Nov. 29, 2001, while flying from the capital of San José to the fishing village of Puerto Jimenez, the Cape Cod Times reported at the time.

Packard, 57, “suffered severe facial injuries and multiple broken long bones in his arms and legs,” the outlet reported. He and four other passengers reportedly spent two nights in the jungle before rescuers found them.

A doctor who treated them said at the time that, “They would not have survived another night at that [crash] site.”

As to how he survived this most recent brush with the Grim Reaper, marine biology experts have said that whales don’t actually eat people. They say that this kind of behavior is essentially unheard of and likely is just a freak incident — a fluke, if you will — in which an open-mouthed whale and a diving man happened to be in the same place at the same time.

They also say that whales and other sea mammals such as dolphins have been known to help people in trouble in the oceans. It could very well be that the whale was indeed knowingly saving Packard’s life by bringing him to the surface before spitting him out!