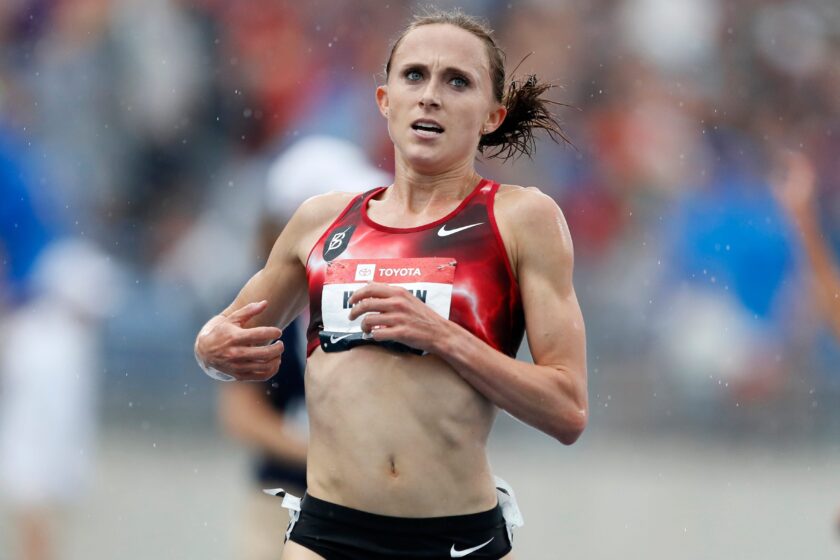 Blame it on the burrito!

That is what Olympic hopeful Shelby Houlihan said when her hopes of competing in the games were dashed when she tested positive for testosterone and was barred from the competition.

Houlihan has been suspended from competing for four years. Yet, she claims that it was her consumption of a pork burrito the day before she was tested that was to blame for the nandrolone found in her system. In an Instagram post, she states that pig organ meat, or offal, can cause a false positive nandrolone result because certain types of pigs produce the substance naturally.

As crazy as that may sound, her assertion is actually backed by a study funded by the World Anti-Doping Agency (WADA), the very agency that banned her from her beloved sport.

Houlihan claims that while she was racking her brains trying to figure out just how she got a positive drug test from a December 15, 2020 sample she provided, she reconstructed a food log for that week and determined that it must have been the pork burrito she purchased from an authentic Mexican food truck near her home in Beaverton, Oregon, and consumed 10 hours before the drug test.

Now, according to her, that one little burrito has dashed her hopes of competing in the US Olympic Trials and the Tokyo Olympic Games.

“I feel completely devastated, lost, broken, angry, confused, and betrayed by the very sport that I’ve loved and poured myself into just to see how good I was,” Houlihan said in her lengthy Instagram caption. “I want to be very clear. I have never taken any performance-enhancing substances. And that includes that of which I am being accused.”

The burrito excuse could be possible. But, while Houlihan took the test on December 15, 2020, she did not receive the positive drug test results until January 14, 2021. That means she had to remember what she ate a whole month prior with painstaking detail. Can you do that? Can you tell me exactly what you ate at an exact day and time one month ago? Can anyone?

Dr. Heather Fowler, director of producer and public health for the National Pork Board (NPB), says the literature suggests it is possible that a person can excrete nandrolone if they consume boar meat, which NPB says makes up significantly less than 1% of commercial pork production today, so small it’s not tracked nationally. But, that could have been the type of meat used by the “authentic Mexican food truck,” where Houlihan claims she purchased the competition banning burrito.

Still, as Houlihan’s claims continue to spread on social media, Fowler believes that the NPB must set the record straight and insists that the pork raised by US pig farmers is a valuable source of nutrition and protein for athletes. She says US pork producers face strict food safety and production standards, which ensure the pork consumers eat is safe.

“The US has some of the strictest food production and safety standards in the world, with regulations enforced by both the US Department of Agriculture and the Food and Drug Administration. Consumers can feel confident that eating a pork chop from their local grocery store or a side of bacon at their favorite local breakfast spot should not be cause for concern,” Fowler says.

As for Houlihan, she insists that she has been done dirty by WADA. “I did everything I could to prove my innocence,” Houlihan said in a Sports Illustrated report. “I passed a polygraph test. I had my hair sampled by one of the world’s foremost toxicologists. WADA agreed that test proved that there was no buildup of this substance in my body, which there would have been if I were taking it regularly. Nothing moved the lab from their initial snap decision.”