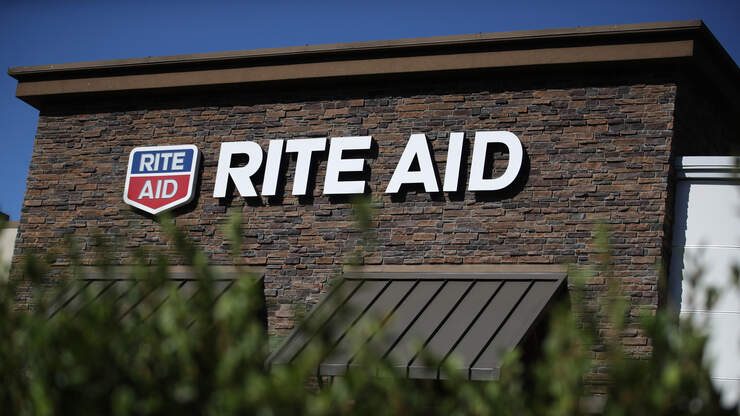 A serial killer has been taken into custody thanks to a quick-thinking Rite Aid cashier who slipped a GPS tracker on him!

Keith Gibson, 39, was tracked down by Delaware Police about a block away from the drug store where he allegedly pistol-whipped a cashier in Wilmington. According to local news station KYW-TV, the police said the clerk put a GPS tracker in the bag of cash before handing it over to him. That decision has been credited for helping police locate Gibson, who has now been linked to multiple killings.

He was discovered wearing a bullet-resistant vest nearby with a loaded firearm and a knife, police said. In addition to the armed robbery, Gibson is being investigated in at least six homicides — including the recent killing of Dunkin’ Donuts manager Christine Lugo in Philadelphia.

Police said the gunman took about $300 and fatally shot the mother of two in the head about 5:30 a.m. Saturday, as she was opening the store for business.

Gibson is also being probed in the death of his own 54-year-old mother, also named Christine, who was found shot to death at her workplace in February, and the slaying of a MetroPCS cellphone store manager in Elsmere in May.

Police said he’s also a person of interest in the slayings of two men who were found gunned down at a North Philadelphia store in January, as well in the fatal street robbery of a man in Delaware just days before he robbed the Rite Aid!.

Philadelphia Chief Inspector Frank Vanore said Gibson had been paroled last year after serving time in prison for a previous slaying in Delaware. He’s also suspected of committing two armed robberies in the state before he was busted Tuesday, the Philadelphia Inquirer reported.

Investigators Wednesday were working to link the crimes by performing ballistic tests on a .357 revolver believed to have been used in the slayings, police said.

“All of this is very active,” Vanore said.

A spokeswoman for the Philadelphia District Attorney’s Office said an arrest warrant charging Gibson in Lugo’s slaying was approved Wednesday, with additional charges in other incidents “likely,” the Inquirer reported. Police in Philadelphia previously probed him in his mother’s slaying, ultimately detaining him because the mother’s neighbors spotted him in the city, which violated his parole, the Inquirer reported.

“At that point, we could not link him to the murder,” Vanore said.

Gibson was released from prison last June but had to serve six months at a community corrections center. He then violated his probation by fighting with other offenders and received an additional six months in custody and 18 months of probation upon his release, Delaware Department of Corrections spokesman Jason Miller said.

He has now been charged with robbery and other felony counts in Wilmington, where he was ordered held on $305,000 cash-only bail, police said.

“At this time, our investigation remains ongoing, and we are not able to release further information,” Wilmington police spokesman David Karas told The NY Post in an email.