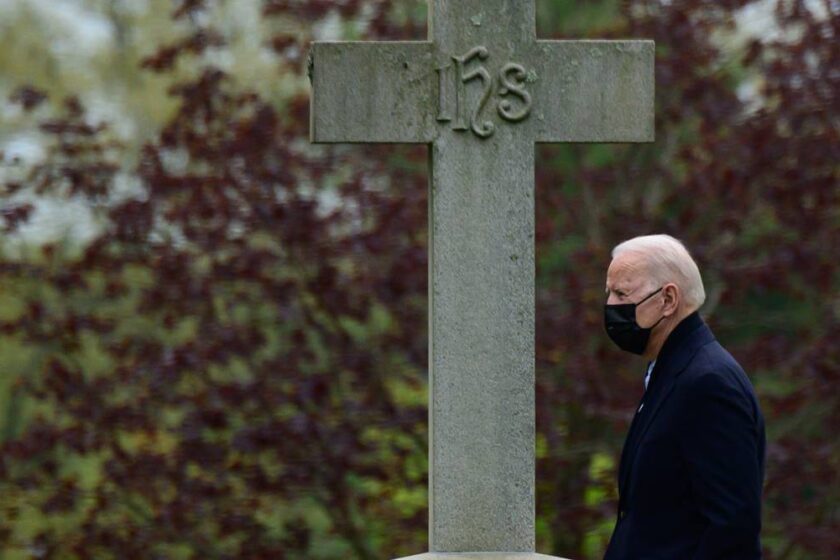 US Bishops Vote to Ban Biden From Communion!

A council of US Catholic bishops has voted to keep President Joe Biden from taking Holy Communion because of his views on abortion.

After three days of online debate, the US Conference of Catholic Bishops (USCCB) voted by three to one to draft new guidance on the eucharist. Conservative bishops are behind the push to draw up a new teaching document expected to say that Catholics who diverge from the church’s standpoint on abortion should be denied Holy Communion.

Bishop Kevin Rhoades of Fort Wayne-South Bend, who proposed the motion, said: “We need to accept the discipline that those who obstinately persist in grave sin are not to be admitted to holy communion.”

Biden, only the second Catholic behind JFK to be elected president, attends Mass every weekend and carries a rosary that belonged to his late son, said in response to the vote that the matter was private, saying only, “I don’t think that’s going to happen.”

US bishops voted 168-55 to advance plans for a statement on Communion access that will be reviewed at a future meeting, likely in November. The new teaching document, to be drafted by the doctrine committee of US bishops, will not be binding on individual bishops, who have the right to decide whether a parishioner should be denied Communion.

Some members of the US Conference of Catholic Bishops argued that a rebuke of Biden is needed as his administration promotes the expansion of abortion rights in other countries.

Cordileone said in an interview with The Daily Caller that he has privately discussed the issue with Pelosi and that she knows better than to do something “so provocative” as take Communion.

But Pope Francis, who is known for his oftentimes liberal views, is believed to oppose cutting off Communion to Biden. He said in a recent sermon that Communion “is not the reward of saints, but the bread of sinners,” and his allies campaigned against the US bishops’ push.

Catholics believe that bread and wine served during Communion literally becomes the blood and body of Jesus.

Biden is a frequent churchgoer and the first Catholic in office since the Supreme Court legalized abortion nationwide with the 1973 Roe v. Wade decision. The Catholic church says that Catholics in public life should uphold principles consistent with its doctrine. But in a survey carried out by the Pew Research Center in March, more than two-thirds of US Catholics said Biden’s views on abortion should not disqualify him from receiving Communion. What do you think?

10 thoughts on “US Bishops Vote to Ban Biden From Communion!”