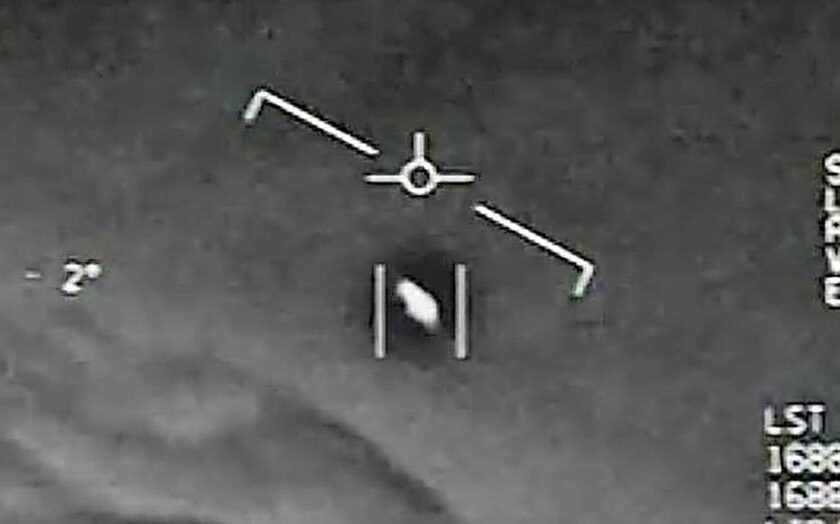 The anxiously awaited report to Congress from the Pentagon on what it knows about UFOs has been completed. And as we reported earlier this month, it provided no bombshells and few real answers about the leaked footage of the military’s ongoing encounters with unidentified aerial phenomena, or UAPs, more commonly referred to as UFOs.

While the report made no specific reference to the possibility that UAPs like the now infamous UFO, which was photographed by U.S. Navy pilots, could have an extraterrestrial origin, it did not entirely rule out that possibility either.

According to the report, Pentagon investigators did not find extraterrestrial links in reviewing 144 sightings of aircraft or other devices apparently flying at mysterious speeds or trajectories. But they drew few other conclusions and instead highlighted the need for better data collection about what’s increasingly seen as a national security concern. In all but one of the sightings investigated, there was too little information for investigators to even broadly characterize the nature of the incident.

There were 18 cases in which witnesses saw “unusual” patterns of movement or flight characteristics, the report said, adding that more analysis was needed to determine if those sightings represented “breakthrough” technology.

Long the domain of science fiction and so-called ufologists, the subject of UFOs has in recent years drawn serious study from the Pentagon and intelligence agencies. The prospect of an adversary spying with unknown technology has alarmed lawmakers in both parties.

Congress last year required the creation of the report that finally dropped June 26. While its lack of conclusions has already been made public, the report on what the government calls “unidentified aerial phenomena” still represents a milestone in the study of the issue.

U.S. officials who briefed reporters on the condition of anonymity said there were “no clear indications” that the sightings could be linked to alien life. There is also no definitive linkage of sightings to potentially unknown technology of an adversary like Russia or China.

The report was published online and delivered to the House and Senate intelligence committees with a classified annex. Lawmakers were given a briefing on the report prior to its publication. One person who attended the classified briefing and spoke on the condition of anonymity said that lawmakers were given little information beyond what’s publicly available and that the only videos shown had already been made public.

The report was to break down the sightings it investigated into five potential categories, including the possibility of foreign adversaries flying unknown technology to events occurring naturally in the atmosphere. Only one of the 18 sightings fit into the category of “airborne debris” – a large deflating balloon. But the rest, including the Navy’s “Tic-Tac” UFO, remained “uncategorized,” meaning there was not enough conclusive information to fit into any of the categories.

UFO enthusiasts who were hoping that the report would finally provide proof of extraterrestrial visitations caution that people shouldn’t read into the report’s failure to outright discard a non-terrestrial explanation for the sightings. “While the intelligence report didn’t eliminate the hypothesis that UFOs are extraterrestrial in origin, it is also likely unable to eliminate the hypotheses that UFOs are dragons or flying pigs or the Norse god Odin riding Sleipnir, his magical eight-legged horse. Unidentified flying objects are just that: airborne objects that we can’t identify,” writes Adam Larson on NBC News. But that is unlikely to sway people who are determined to believe. The government is “telling people that there is something that is potentially threatening. They’re also telling people that they were lied to for 80 years,” psychiatrist Ziv Cohen tells Axios. “I think the problem is when the government tells you that [they] were lying to you, then that makes people naturally think, ‘Are they telling us the truth now?’”

What is the U.S. government still not telling us about what they know about UFOs and our military’s encounters with them? Please reply using the comments below!