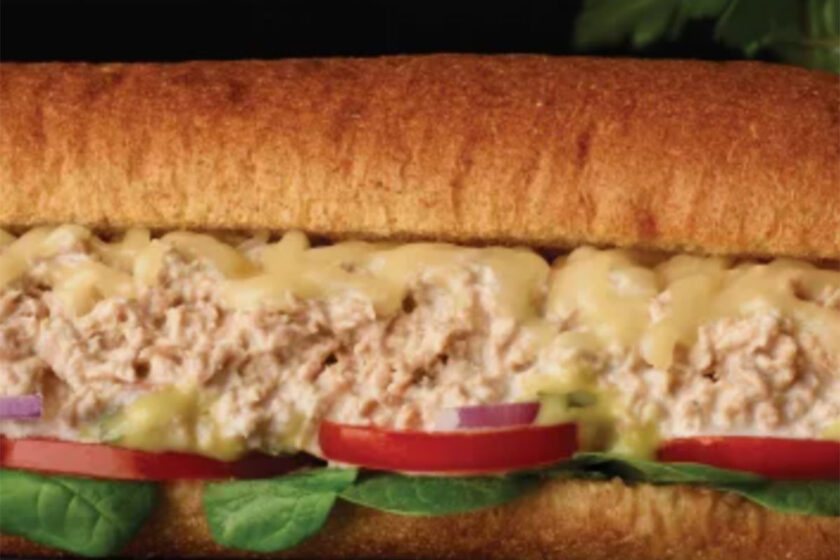 The CEO of the vast sandwich chain, Subway, is firing back against what he says are false allegations of the popular fast-food joint selling “fake fish.”

The sandwich chain’s head, John Chidsey, absolutely denied recent allegations that the tuna served by the chain is “fake.” He defiantly declared in a recent Fox interview that Subway’s fish is no chicken or mystery meat of the sea.

Chidsey’s vocal backing of his company’s tuna comes on the heels of an investigation last month by The New York Times, which sent frozen samples to a testing lab that said it couldn’t find any tuna DNA.

The newspaper said the lab did a polymerase chain reaction, or PCR, test to see if the substance in the sandwiches had any trace of DNA of five different tuna species. More than a month after the samples were submitted, the lab results read, “No amplifiable tuna DNA was present in the sample, and so we obtained no amplification products from the DNA.”

“Therefore, we cannot identify the species,” the results said, according to the Times.

A spokesman for the lab offered two possible conclusions from the results.

“One, it’s so heavily processed that whatever we could pull out, we couldn’t make an identification. Or we got some, and there’s just nothing there that’s tuna,” he told the Times.

Subway pushed back on the results immediately, with spokeswoman Lorri Christou dismissing the allegations as “baseless” and saying that “DNA testing is an unreliable methodology for identifying processed tuna.”

The testing “does not show that there is not tuna in Subway’s tuna.  All it says is that the testing could not confirm tuna, which is what one would expect from a DNA test of denatured proteins,” Christou previously told The NY Post.

Chidsey echoed that point in his remarks on Fox.

“If you follow the science, once tuna is cooked, its DNA becomes denatured, which means you can’t tell once the product’s been cooked,” he said.

“Even the New York Times said that in its article,” he added.

The Great Subway Tuna Debate was sparked when two California women said there was something fishy about the product back in January when they filed a class-action lawsuit against the company alleging that Subway’s tuna sandwiches aren’t actually made of the fish.

The women ordered tuna from the sandwich giant at locations near their home, but “independent testing has repeatedly affirmed, the products are made from anything but tuna,” the suit said. The suit alleged that Subway’s tuna is “made from a mixture of various concoctions that do not constitute tuna, yet have been blended together by defendants to imitate the appearance of tuna.”

In an amended complaint from June, the plaintiffs toned down their allegations, saying that Subway claims to sell sustainably caught skipjack and yellowfin tuna but was, in fact, selling “anything less than healthy stocks.”

Subway has been “selling and continuing to sell some mixture that is deceptively and dishonestly being passed off as in line with their representations to purchasers but are not actually compliant,” the amended suit states.

Subway has repeatedly disputed the allegations and defended its tuna sandwiches in a marketing blitz. The company website currently notes that Subway uses “wild-caught skipjack tuna regulated by the Food and Drug Administration.”

It goes on to explain that “what actually happened is that the New York Times commissioned a test that couldn’t detect tuna DNA in their sample” and that “according to scientific experts, this is not unusual when testing cooked tuna.”