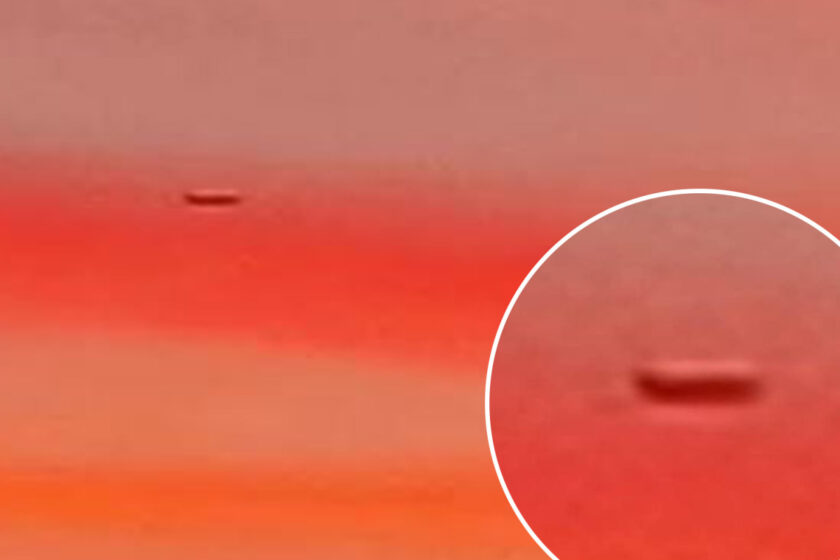 The UFO at the Heart of the Pentagon Report Was Recently Seen Over England!

The anxiously awaited report to Congress from the Pentagon on what it knows about UFOs has been completed. And as we reported earlier this month, it provided no bombshells and few real answers about the leaked footage of the military’s ongoing encounters with unidentified aerial phenomena, or UAPs, more commonly referred to as UFOs.

Now, there have been reports that the very same “Tic Tac” UAP’s that were at the heart of that report have been seen over England!

The now infamous UFO, which U.S. Navy pilots said looked like a “white Tic Tac,” spotted is back – but this time, it’s floating over England.

Pictures of the notorious UFO, which was first seen in leaked footage shot by the wing cams of Former U.S. Navy pilot Cmdr. David Fravor, while on duty at the USS Nimitz were this time snapped by Lucy Jane Castle, from Hinckley in southwest Leicestershire, who managed to grab a snap of the unexplained object and posted it on a UFO hunter’s Facebook page.

Dan Watson, a leader of the private UK UFO Sightings group, then posted a pic of two similar objects he claims to have seen over Swindon last year, and a man called Terry Moore noted, “Sightings have Increased massively. From what I’ve heard U.S. military had 6000 sightings last year along. So either we’re being visited, or someone has some new tech.”

In a 2017 interview, Fravor, who was on a routine training mission about 60 to 100 miles off the coast between San Diego and Ensenada, Mexico, described his initial sighting as a “white Tic Tac, about the same size as a Hornet, 40 feet long with no wings… Just hanging close to the water.”

The object didn’t create rotor wash — air turbulence caused by helicopter blades — and mirrored the pilots’ movements as they got closer, then disappeared altogether.

The retired Navy man spoke out after the Pentagon confirmed that a top-secret initiative called the Advanced Aerospace Threat Identification Program studied UFOs between 2007 and 2012 with a budget of $22 million.

What is the U.S. government still not telling us about what they know about UFOs and our military’s encounters with them? Please reply using the comments below!

4 thoughts on “The UFO at the Heart of the Pentagon Report Was Recently Seen Over England!”