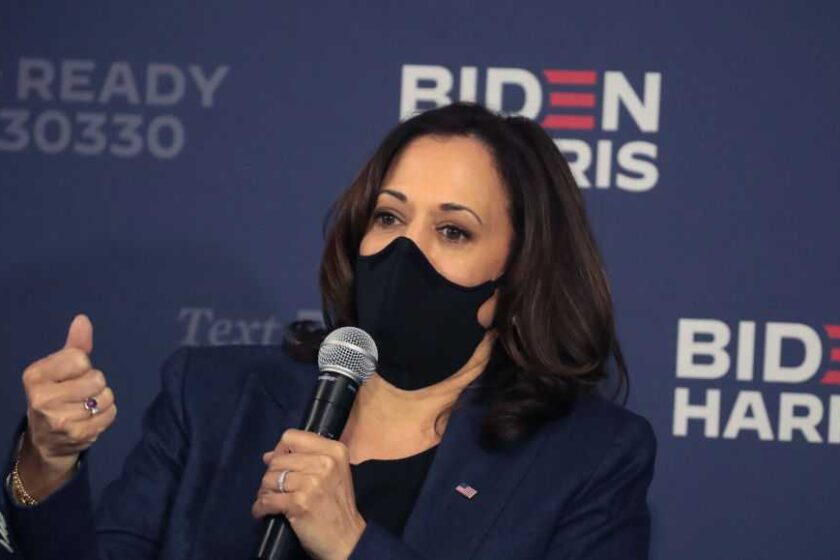 VP Harris Among Past Democratic Anti-Vaxxers!

The left-wing and the major news outlets that support them are happy to take aim at the ant-vax movement on the right and how it is spreading info that is “killing people,” but in the past, plenty of prominent lefties were outspoken “anti-vaxxers,” including Vice President Kamala Harris.

Just as there have been furious calls from the left for more Americans to get the COVID-19 vaccine and even make it mandatory, media watchdogs have unearthed “anti-vaccine” rhetoric from prominent Democrats, including VP Harris and various liberal pundits.

“It is time to impose vaccine mandates and passports,” CNN political analyst Julian Zelizer said last month. His comments were followed by CNN medical contributor Dr. Leana Wen, who suggested life “needs to be hard for people to remain unvaccinated.”

However, conservative commentator Drew Holden provided a thread of Democrats and media members last year who he felt undermined vaccine confidence while President Donald Trump was still in the White House.

Vice President Kamala Harris was perhaps the most notable person to cast doubt on the COVID-19 vaccines developed under Operation Warp Speed, saying last year she didn’t “trust” the president during an interview with CNN’s own Dana Bash.

“I will say that I would not trust Donald Trump … I will not take his word for it,” Harris told Bash last year when asked if she would get the shot. Her comments were shared and even applauded by left-leaning outlets like Daily Kos and others, With Kos tweeting, “Kamala Harris wouldn’t trust a Trump vaccine, and neither should anyone else….”

Harris would later take that message to the 2020 vice presidential debate, noting she wouldn’t take the vaccine if it was recommended by Trump. Then-Vice President Mike Pence charged her with trying to “undermine public confidence” in the vaccine. Her remarks would resurface after Harris publicly took the vaccine in December.

Joe Biden himself was publicly skeptical of the vaccine last year. As the New York Times wrote in a telling headline, “Biden, Seizing on Worries of a Rushed Vaccine, Warns Trump Can’t Be Trusted.”

That headline was echoed by many left-leaning outlets. In fact, a liberal site, Foreign Policy, proudly displayed a banner headline for a column entitled “Trump’s Vaccines Can’t Be Trusted.”

“Frankly, the fact that Pfizer was not part of ‘Operation Warp Speed’ and took no Trump government funding makes me feel better about their vaccine,” MSNBC host Joy Reid tweeted last November. “Just speaking for myself, I wouldn’t go near anything that Trump or his politicized FDA had anything to do with.”

But just this past weekend, while admitting she first had some hesitancy about the vaccine because of Trump, Reid now told her followers to “Get vaxxed and survive this freaking thing.”

It seems that the left is only in favor of vaccines when it serves them politically -what a “freaking” surprise!

Despite the initial skepticism from lawmakers and pundits alike, Operation Warp Speed has been heralded as a bipartisan “miracle” for helping producing vaccines in record time during the COVID-19 pandemic. National Institutes of Health director Dr. Francis Collins called it a “breathtaking success,” while White House medical adviser Dr. Anthony Fauci said it would go down historically as “highly successful.” CNN’s Jake Tapper called the initiative a “remarkable accomplishment” while questioning why people aren’t getting vaccinated.

9 thoughts on “VP Harris Among Past Democratic Anti-Vaxxers!”