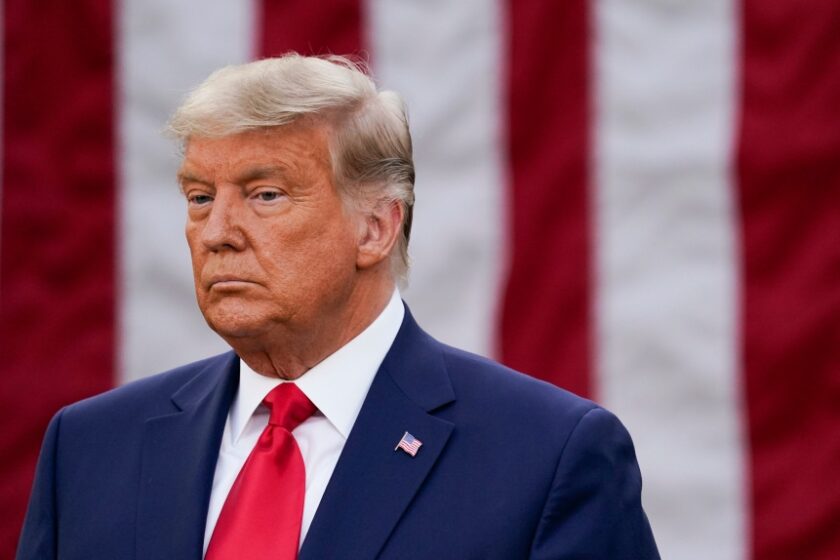 ALERT: Trump Rips Biden a New One for His Total Failure in Afghanistan!

As one might expect, former President Donald Trump has pulled no punches in his assessment of Joe Biden’s dismal failure in Afghanistan. Trump said, “Our country has never been so humiliated,” and the images coming from the Kabul airport “blows Vietnam away.”

The former President condemned Biden and the catastrophe unfolding in Kabul, Afghanistan since the weekend, in an interview with Fox News’s Sean Hannity. Trump told “Hannity” that Biden has humiliated the United States more than any other president in history, explicitly eclipsing fellow Democrat Jimmy Carter’s Iran Hostage Crisis of 1979.

“It is a terrible time for our country. I don’t think in all of the years our country has ever been so humiliated. I don’t know what you call it – a military defeat or a psychological defeat. There has never been anything like what’s happened here: You can go back to Jimmy Carter with the hostages,” Trump said.

Trump considered whether Biden will, in one aspect, cause an exponentially worse hostage crisis, as the Taliban currently has Hamid Karzai International Airport in Kabul surrounded by checkpoints – at which there have been reports of beatings and other violence.

“You are dealing with thousands and thousands of Americans and others that are stranded and very dangerously…  in Afghanistan. So it’s something that you can’t even believe.”

Trump said the scenes from the weekend where desperate Afghans clung to the side of an Air Force cargo plane’s fuselage and later fell to their deaths when the aircraft reached altitude makes the U.S. Embassy airlift evacuation in Saigon in 1975 look small.

“I looked at that big monster cargo plane yesterday with people grabbing the side and trying to get flown out of Afghanistan because of their incredible fear – and they’re blowing off of the plane from 2,000 feet up in the air, nobody has ever seen anything like that,” he said. “That blows the helicopters in Vietnam away. That is not even a contest. It has been the most humiliating period of time that I’ve ever seen.”

Trump said that he warned presumed Taliban leader Mullah Abdul Ghani Baradar in discussions last year that the United States will strike back tenfold if an American was harmed or the militants encroached on unapproved areas.

That deal, he said, appears to be mooted as the Taliban raged through the country and took Kabul within a matter of days, while Americans and Westerners are trapped within.

Trump also told Hannity that he never had any confidence in the now abdicated government of President Ashraf Ghani, claiming the politician was in it for the money and to “wine and dine” foreign legislators. That description was proven true, Trump claimed, following Ghani’s reported escape in which he took several vehicles and an untold amount of cash.

1 thought on “ALERT: Trump Rips Biden a New One for His Total Failure in Afghanistan!”