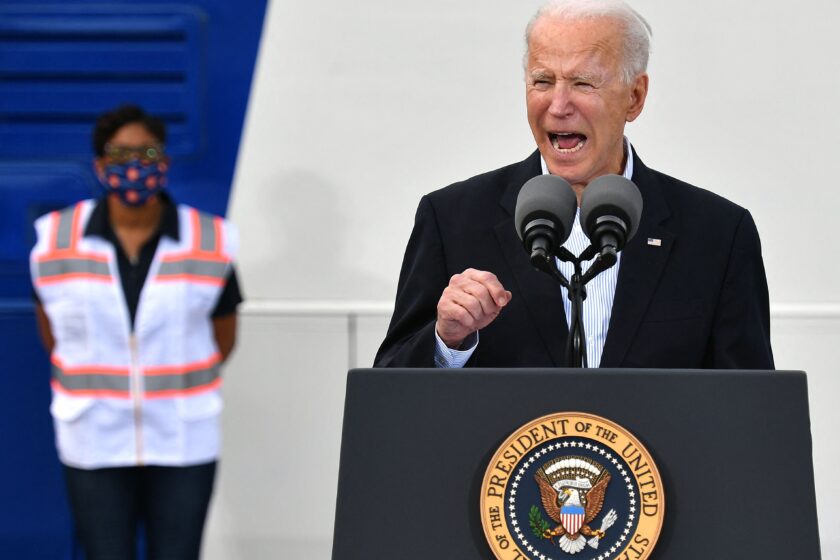 Confused or Lying? Biden Claims the US Does NOT Have Troops in Syria!

Is the 78-year old Joe Biden simply confused or flat out lying? During a recent interview, Biden said that the US “Does not have any troops in Syria.”

Biden falsely claimed that the US doesn’t have military deployed to Syria during an interview with ABC News’s George Stephanopoulos, which was his first TV interview since the Taliban’s rapid takeover of Afghanistan.

Biden defended himself against fierce criticism for his withdrawal of US troops from Afghanistan and the country’s subsequent fall to the Taliban this month. He pointed to Syria and East Africa as areas where Islamic terrorists pose a greater threat to Americans than Afghanistan, and yet the US does not have a sizable military presence in those areas.

He went on, “We don’t have military in Syria to make sure that we’re gonna be protected,” he said, adding that he’s “confident we’re gonna have the overriding capability” in Afghanistan as well.

However, one might think that the often confused and forgetful Commander-in-Chief would know that the US, in fact, currently has roughly 900 troops deployed to Syria.

It’s not the first similar misstep by the president. The White House’s list of talking points sent this week to Democrats defending his handling of Afghanistan claimed there are no “boots on the ground” in Syria.

The US troops in Syria are there to support the Syrian Democratic Forces fighting the Islamic State terrorist group, a role that has largely remained unchanged since the American-led intervention in 2014; a senior Biden administration official told Politico last month.

“I don’t anticipate any changes right now to the mission or the footprint in Syria,” the official told the outlet, speaking on condition of anonymity. “In Syria, we’re supporting Syrian Democratic Forces in their fight against ISIS,” the official said. “That’s been quite successful, and that’s something that we’ll continue.”

4 thoughts on “Confused or Lying? Biden Claims the US Does NOT Have Troops in Syria!”