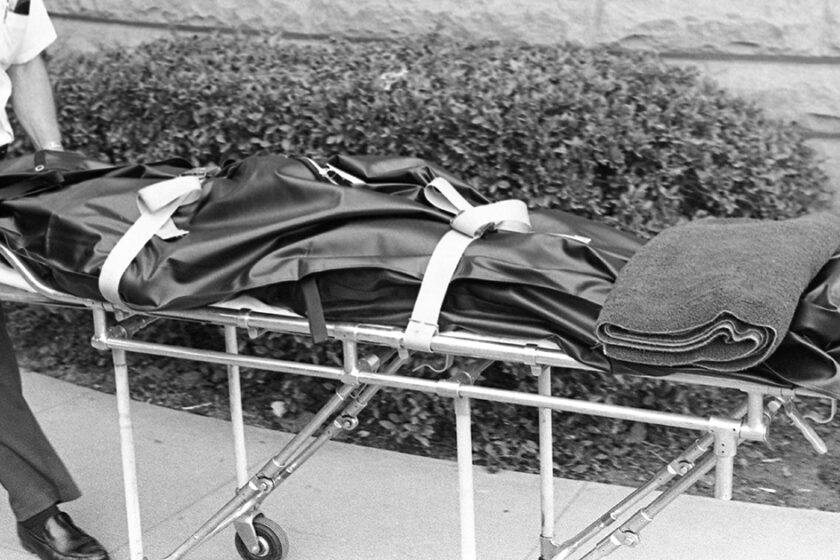 The Very Creepy and Bizarre Murder of Arlis Perry

Nearly 50 years ago, Arlis Perry was brutally murdered and sodomized. For most of those years, her horrific murder went unsolved.

Early on the morning of October 12, 1974, security guard, Steve Crawford found Perry, age 19, in the transept of Stanford University’s Stanford Memorial Church. The scene was gruesome and bizarre. She lay near the altar, nude below the waist. Someone had driven an ice pick into her skull. An altar candle lay between her breasts, and another jutted out of her vagina.

Apparently, she had gone to the Church to pray after having an argument with her husband, Bruce. When she didn’t return by 3 am, Bruce called the police and reported her missing. Her body was discovered at 5:45 am by Crawford.

Crawford called it in: “Hey, we’ve got a stiff here.”

Upon seeing the disturbing scene, Raoul Niemeyer — at the time a captain with the Stanford Department of Public Safety — said, “I could not believe what I was seeing,” said had a few homicides in my day, but I had never seen anything so eerie.”

Due to the brutal and ritualistic way she was murdered, police immediately thought there could be a satanic or occult aspect to the crime. In the early ‘70s, something like that seemed very seem impossible—the Manson Family had rampaged through Southern California just five years before; killer cults weren’t unheard of. For a time, they suspected her husband, Bruce Perry.

Initially, investigators found little evidence inside in the Church, but there was semen on a kneeling pillow near the body and a palm print on yet another candle. Initial tests ruled out Bruce Perry and Stephen Crawford as suspects, and the case remained open for years. All of that time, investigators still felt sure that her killer was the man who “found” her, security guard Stephen Crawford.

Nearly 45 years later, they got to confirm those suspicions, when in 2018, more sophisticated DNA testing that had developed over that time conclusive matched the evidence to Crawford.

However, when investigators approached his house with a search warrant on June 28, the now-elderly man committed suicide in front of them by shooting himself in the head.

Santa Clara County Sheriff Laurie Smith is open to the possibility Crawford had more victims. Palo Alto Online reports police found serial killer literature in his home, and Smith said her department assembled “a chart of unsolved homicides and we’re looking at when he was living in this area.”

Connection to the Son of Sam?

As if satanic murder, a cold case, and the suicide of a possible serial killer were not enough to make the murder of Arlis Perry shockingly bizarre, there is a possible connection between her murderer and the Son of Sam.

According to a recent Netflix documentary, convicted Son of Sam killer, David Berkowitz, claims to have known Crawford! The docuseries “The Sons of Sam: A Descent Into Darkness” speculates that Berkowitz did not act alone nor commit all the murders themselves, but they were the acts of a “satanic cult.”

Upon his arrest, Berkowitz told investigators that he had acted alone and had committed the crimes at the urging of his neighbor Sam Carr’s dog. But Berkowitz would later tell investigative journalist Maury Terry, who became convinced Berkowitz didn’t act alone in the killings, that he had been part of a Satanic cult—with members allegedly including Carr’s real sons John and Michael Carr—who had carried out the killings collectively because they wanted to bring chaos to the world, according to the filmmakers.

The filmmakers allege that Berkowitz had knowledge of the Perry killing and claimed that he met Crawford at one of the meetings of the cult.

Ken Kahn, a retired detective with the Santa Clara Police Department, told producers that in 1981, he got a letter from Berkowitz indicating that he might have some information about Perry’s death. He claimed that he had attended a cult meeting in Queens, and someone got up during the meeting and had claimed to have killed her.

He said he and his team went to New York to see Berkowitz in prison, but he would not reveal Crawford’s name at that time.

“We thought we were getting close to him naming somebody, but he abruptly says ‘If I am talking to you guys any longer, they are going to think I am a snitch,’” Kahn said in the documentary” “I was advised there had been an attempt on his life in Attica. Somebody cut his throat. There was a nasty scar on his neck, and then he said, ‘Well, if I tell you the name, they’ll kill my father.'”