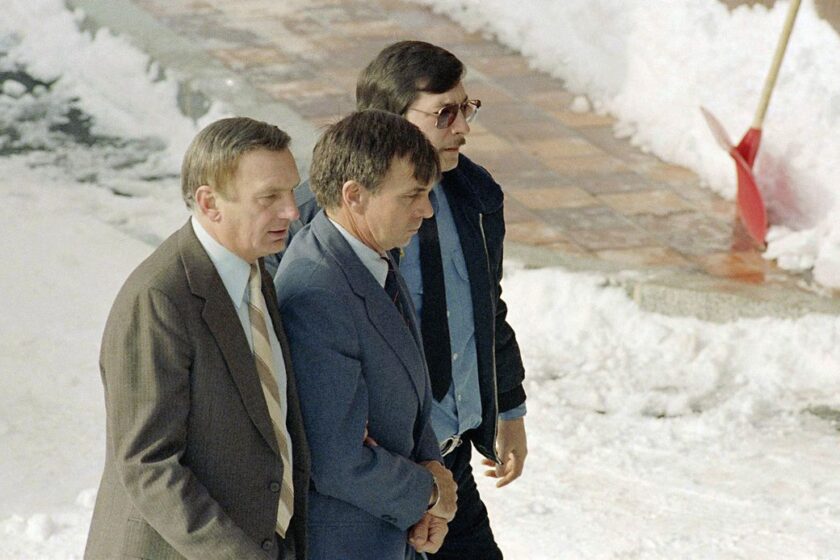 The Woodchipper Murder of Helle Crafts

On November 19, 1986, Helle Crafts was dropped off at her home by a friend. It was the last time anyone other than her husband, Richard, would see her alive.

Over the next few weeks, Richard Crafts gave her friends and family a variety of stories about where she’s gone. Her friends notified police, and they began finding evidence that something terrible has happened.

Police found that pieces of carpet had been cut from the floor of Richard and Helle’s master bedroom; a smear of blood was found on the side of their bed.

Richard’s credit cards showed that he made several unusual purchases around the time that Helle disappeared; a freezer that wasn’t in the house, sheets and a duvet, and the rental of a woodchipper. He was seen using this last purchase near the shore of Lake Zoar on the night Helle was last seen.

When police searched the lakeshore, they found metal and about 3 ounces of human tissue, including a tooth, a toenail covered with pink polish, bone chips, fingernails, thousands of hairs, and Type O blood, which matched Helle.

A chainsaw was found at the bottom of the lake, covered in blood and hair that could also be matched to Helle.

Through a series of forensic experiments, investigators concluded that Richard had frozen his wife’s body before feeding it through the woodchipper. The theory is that he killed her by striking her in the head with a blunt object and then kept her body in the missing freezer for an amount of time before taking it to the lake, where he dismembered her with the chainsaw, then putting the pieces through the woodchipper.

What Drove the Dastardly Deed?

But what was Richard’s motive for killing his wife and then disposing of her in such a grisly manner? It’s a twisted tale of sex and greed.

Richard Crafts was a commercial pilot who was living a comfortable life on a then-lucrative salary of $120,000 a year with his wife of 11 years, Helle, 39. By all accounts, they were living the good life in the affluent area of Newtown, CT.

But the real story was anything but. Richard was a serial cheater. As an airline pilot, he had the proverbial “girl in every port,” and not to mention a few flight attendants in between!

Helle found out about her philandering husband’s indiscretions and confronted him with evidence of his infidelity, and demanded a divorce. A breakup of their marriage would have cost him dearly financially. Apparently, for him, it was easier to depart with his wife than his money, upon which Helle had told friends he always kept a very tight grip.

Richard was arrested for his wife’s murder in January 1987 – his first trial resulted in a hung jury, but the second trial ended with a guilty verdict on November 21, 1989.

Early Release for a Monster!

Surprisingly, crafts served very little time compared to the brutality of the crime. Despite the horrific nature of the Woodchipper Murder, Crafts served only 33 of his 50-year sentence after being released in January of 2020 at the age of 82.

He served a dramatically shorter sentence for different reasons, mostly because of an old sentencing law known as “statutory good time.” The law — which has since been changed — allowed for large amounts of time to be taken off prisoners’ sentences as a reward for good behavior and jailhouse jobs. Correction officials have to apply the law that was in place at the time of sentencing.

Notoriety aside, the prison system has no choice when it comes to releasing prisoners like Crafts.

“High notoriety case, extremely violent. All of those pieces of this makes it interesting,”  a prison official said, But “all of this comes down to: He served his time in prison.”

1 thought on “The Woodchipper Murder of Helle Crafts”