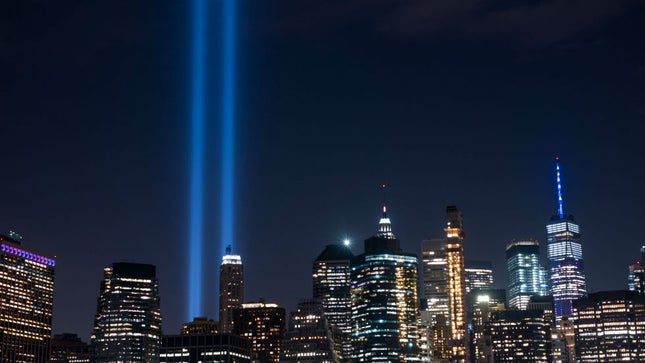 Husband of Only Female Cop Lost on 9-11 Lets Loose on Anti-Police Politicians!

On the 20th Anniversary of 9/11, the husband of the only female police officer killed in the line of duty during the attacks takes the opportunity to sound off against anti-police politicians.

James “Jim” Smith, 60, the husband of Moira Smith — the only female NYPD officer killed in the terrorist attack- said that politicians who’ve called to defund the police have no business hugging heroes on Sept. 11.

Smith told the NY Post that he fully expected to see “anti-police” politicians clamoring for photos on the 20th Anniversary of the tragedy Saturday “with their arms around heroes and trying to bask in the reflected glory of what my wife and other officers did.”

“By September 12, they’ll be back to defunding the police. I’ve no intention of being anywhere near it,” he told The Post in an interview.

James and Moira Smith both worked at the 13th Precinct and shared daughter Patricia, who was just two years old when her mom perished in the collapse of the South Tower, one of 60 NYPD and Port Authority officers killed that day.

“We made a promise to never forget, and we’ve clearly forgotten with the way police officers are treated today in this country, both by the public and the politicians,” Smith said. “It’s disgusting. It didn’t take long to forget.”

He added, “We were the first ones to run into the buildings to save people. Moira lost her life to make sure that other people got a chance to go home to their families, even though she didn’t get home to hers. They forgot the lessons of 9/11 — there are people willing to give their lives to help you,” Smith said. “It’s a sad state of affairs.”

Instead of attending memorial ceremonies, Smith told the outlet he spent the day with Patricia, now 21 and an athletic trainer at Tulane University.

4 thoughts on “Husband of Only Female Cop Lost on 9-11 Lets Loose on Anti-Police Politicians!”