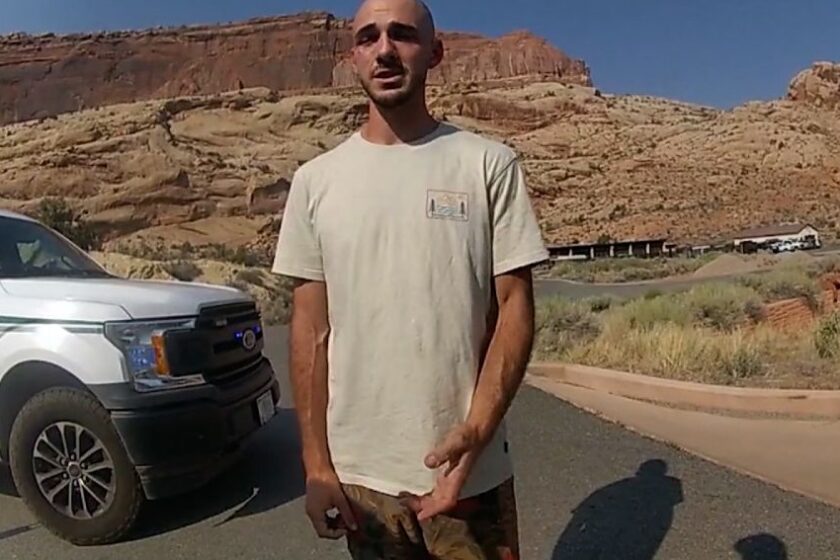 As the coroner was confirmed that the body found in Wyoming is, unfortunately, that of Gabby Petito and that she was in fact murdered, famed host of “America’s Most Wanted,” John Walsh, says that her fiancés family was complicit in helping him hide from police.

Walsh is questioning whether Brian Laundrie was really hiding out in his family’s Florida home in the early days of Gabby’s disappearance, suggesting it was just a “ruse” to help him get far away.

Walsh noted on CNN that there is no proof that Laundrie, 23, was actually at the house when his parents refused to let investigators speak to him last Tuesday, when Gabby Petito, 22, was only known to be missing.

It was the same day that his parents now claim he went missing after driving to a nearby nature reserve.

“Has anybody seen any confirmation that he was in that house?” Walsh asked on CNN Tuesday, referring to the time that the 23-year-old was under the spotlight after his girlfriend was declared missing.

“All this time, the FBI and the North Port police have been going on the word” of Laundrie’s parents and their lawyer “that he’s in the house,” noted America’s best-known citizen crimefighter.

“What if he came back with the van and was there for 10 days,” he said of the time from Laundrie’s return to Florida and the alert that his girlfriend was missing after their aborted cross-country trip.

He called it a “great amount of time to prepare for an escape” and to have “scrubbed the van” before coming under investigation.

He suggested the story on Friday that Laundrie had been missing in a Florida reserve since that Tuesday was a “red herring” and a “ruse.”

“My philosophy is, he never went to the swamp,” Walsh insisted, saying searchers are wasting their time looking there.

“His parents and the lawyer … bought him four days to get out in front of this,” Walsh claimed.

He joined those ripping police for not having officers watching the house and movements of Laundrie’s family as soon as it became clear he was linked to a mysterious missing-person case.

“How the hell did this boy get out of the house? I think the FBI and the Northport police have gotten a lot of questions to answer,” he said.

“How did he get out of that house and get away?” he asked.

Walsh previously told CNN that he was “terrified” when he first saw bodycam footage of Gabby Petito’s fight with Brian Laundrie — calling it “classic domestic abuse.”

He also said he plans to “put the heat on Brian,” featuring the case Wednesday on his current show, “In Pursuit With John Walsh.”

“It’s the public that will solve this case, and I believe the public will catch this guy,” he said.

“We need to see this creep brought in and pay for this,” he said.

Meanwhile, as the search for Laundrie continues, a specially trained law enforcement underwater dive team arrived at the nature reserve in Florida, where he was thought to have fled.

A large van and boat from the Sarasota County Sheriff’s Office arrived midday Wednesday at the Carlton Reserve, a swampy 25,000-acre reserve in Venice, Florida, where Laundrie told his parents he was headed last week.

The dive team, called the Sheriff’s Underwater Recovery Force (SURF), is made up of “highly trained underwater specialists” who are “called upon to search for evidence of crimes and victims of drowning, water accidents, and foul play,” the sheriff’s department website says.

North Port Police said the arrival of the dive team “does not mean anything has been found. It’s a part of the overall search process.”

Despite Walsh’s expert opinion that he never went to the reserve at all, investigators continue to focus their search for Laundrie there. The ongoing search comes as investigators try to piece together what happened to Petito, 22, and Laundrie, 23, on their road trip in a white Ford Transit van through the American West this summer.

This is a developing story.