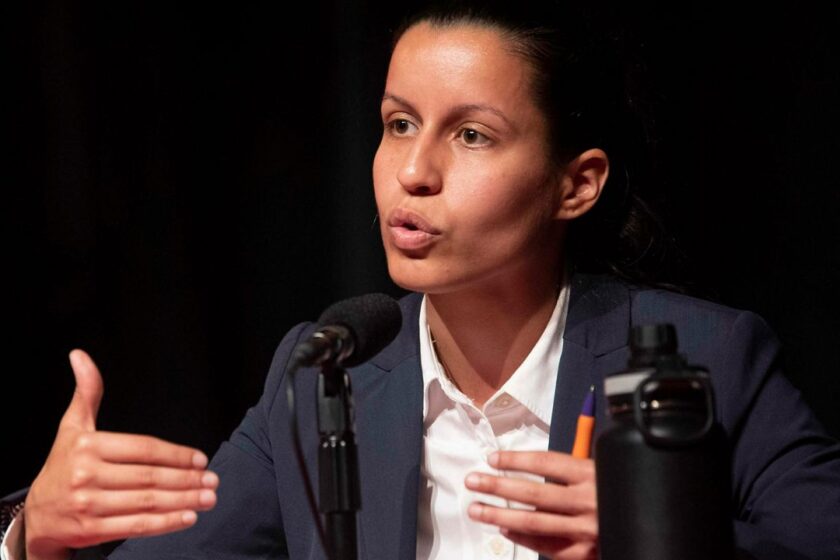 A far-left candidate running for a council position in New York City would have crime victims pay to “help” their attackers!

Just when you thought that the left-wing socialist agenda couldn’t get any closer to ridiculous, a “woke” candidate for public office wants victimized New Yorkers to bear the burden of the crimes against them.

The radical “public safety” plan put forward by socialist candidate Tiffany Cabán — a shoo-in to earn a spot on the City Council representing western Queens after November’s election — would allow for victims of violent crimes to help their attackers in the name of “restorative justice.”

The Democrat’s woke, 48-page manifesto would strip cops and courts of some of their most basic law enforcement roles — like sending violent perps to prison.

“Communities will be empowered to develop individualized strategies to help heal wounds of violence rather than being forced to rely on policing and prisons as the only recourse,” reads the policy from the Democratic Socialists of America-backed candidate in the non-competitive race.

Cabán’s plan, titled “A New Vision of Public Safety for New York City,” posits a scenario in which the victim of a violent mugging would be largely responsible for deciding the fate of their assailant.

But the “Kumbaya”-style idea doesn’t include actually getting the assailant off the streets with the goals of protecting others.

“Example of Use: A person is beat up, suffers a broken rib, and is robbed of his wallet. First, his needs are heard and affirmed, and he works with trained staff to develop a services and healing plan,” Cabán’s proposal reads.

“Then, when he is ready, he participates in restorative justice circles with the person who harmed him and their respective support systems. He asks questions and gets answers, and they develop an accountability and consequences plan.”

City entities, including the Mayor’s Office of Criminal Justice and the Human Resources Administration, would play a role in the process, according to the proposal.

“Unless Ms. Cabán is running to represent the Twilight Zone, it sounds like she needs to participate in a restorative reality circle,” Councilman Robert Holden (D-Queens) told The NY Post. “Our city and state already help criminals enough as it is, without insane ideas like this.

“It’s not a plan for anything but total chaos and yet another denial of the absolutely essential role the police, courts, and incarceration play in any society,” he added.

In response, a Cabán rep doubled down and insisted her boss’ plan “is rooted in evidence-based practices” that have “been proven to work” in cities like Los Angeles and Denver.

“Anybody who is saying that this is going to increase crime … is continuing the fear-mongering that has so pervaded the city for way too long,” spokesperson Erica Vladimer told The Post. “Restorative justice is one piece of this public safety plan, and what it requires is consent of survivors to participate in restorative justice.”

Caban’s plan to make “nicey-nicey” with criminals comes in the wake of an increase in violent crimes and shootings in New York City.

6 thoughts on “Socialist Whack Job Running for Council Seat in NYC Would Force Crime Victims to “Help” Their Attackers!”