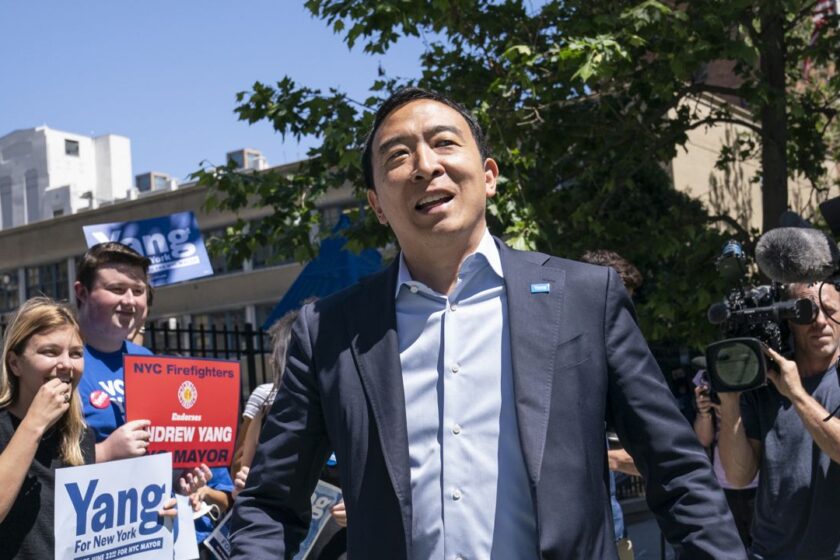 Former Democratic presidential candidate Andrew Yang is apparently so fed up with the bickering and infighting among his fellow Dems that he is leaving the party!

Yang, who failed in his bid for the presidency as well as for New York City’s mayor, said that he has officially switched his political registration from Democrat to independent — hoping to be able to “be even more honest about both the system and the people in it.”

Yang, who first attracted attention by advocating for a “universal basic income” of $1,000 a month for all Americans, said he has been a Democrat his “entire adult life” and still has friends and colleagues in the party.

“And yet, I’m confident that no longer being a Democrat is the right thing,” he wrote in a statement released on his Twitter page.

“Please, keep in mind that I am NOT suggesting that you also change your voter registration to Independent, as I have done. Doing so could disenfranchise you if you live in the 83% of the country that is very blue or very red. For this reason, I considered either not making this change or not talking about it,” he said.

Yang, who has a book coming out called “Forward: Notes on the Future of Our Democracy,” said he feels he’ll be able to make a greater impact by leaving the Democratic Party.

“My goal is to do as much as I can to advance our society. There are phenomenal public servants doing great work every day — but our system is stuck. It is stuck in part because polarization is getting worse than ever. Many of the people I know are doing all of the good they can — but their impact is constrained,” he said.

“Now that I’m not a member of one party or another, I feel like I can be even more honest about both the system and the people in it,” Yang said.

In the past, the tech entrepreneur teased that he would ​launch a third party; perhaps this move is his first step in that direction.