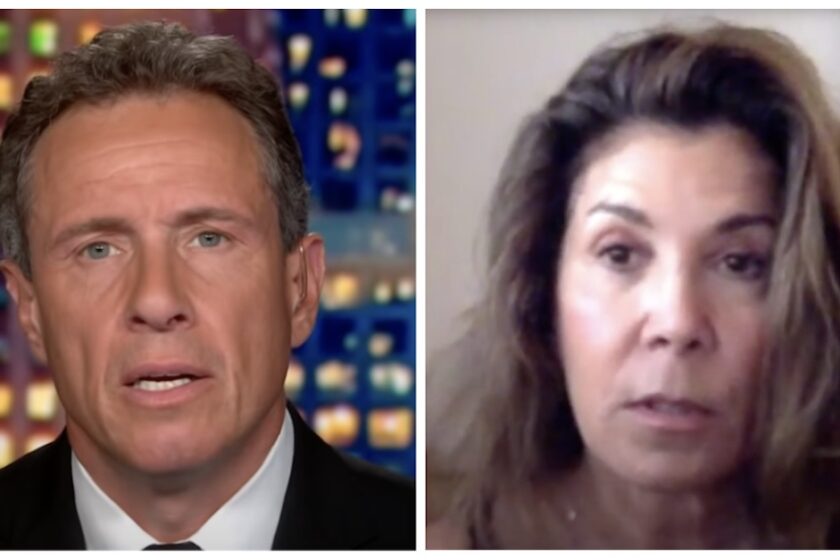 Does it really surprise anyone that the brother of disgraced Governor Andrew Cuomo, CNN host Chris Cuomo, is now also being accused of sexual harassment?

And, just as Chris himself refused to discuss his brother’s scandal on his show, CNN and even liberal media competitor – MSNBC – have remained mum on the new accusations involving the younger Cuomo.

In Chris’ case, veteran TV producer Shelley Ross alleged in a recently published New York Times guest essay that the CNN anchor “grabbed her buttock” at an event in 2005 when the two of them worked at ABC News. She even included an email he sent to her at the time apologizing for the incident. Cuomo reiterated his apology to his former boss in a statement to the Times.

“When Mr. Cuomo entered the Upper West Side bar, he walked toward me and greeted me with a strong bear hug while lowering one hand to firmly grab and squeeze the cheek of my buttock,” Ross wrote in the column, quoting Cuomo as allegedly saying, “I can do this now that you’re no longer my boss.”

However, MSNBC turned a blind eye to the newly-emerged controversy, avoiding any mention of it throughout the programming on the day the essay was published. MSNBC and CNN rarely address each other’s embarrassing headlines. MSNBC offered minimal coverage of Cuomo’s involvement in the scandals of his brother, former New York Gov. Andrew Cuomo, which range from aiding his brother’s response to sexual misconduct accusers to receiving VIP COVID tests in the early months of the pandemic.

CNN has yet to publicly acknowledge the scandal hitting its biggest star. The only mention from any of Cuomo’s colleagues was buried in Brian Stelter’s “Reliable Source” newsletter.

Cuomo has made no mention of Ross’s essay on his own broadcasts since the story was published. In a statement provided to The Times by CNN, Cuomo, 51, said: “As Shelley acknowledges, our interaction was not sexual in nature. It happened 16 years ago in a public setting when she was a top executive at ABC. I apologized to her then, and I meant it.”

But in her column, Ross questioned whether the lawyer turned TV personality was ashamed of what he did or just embarrassed because her husband saw it. She also questioned Cuomo’s on-air proclamations about caring “very deeply about these issues” involving sexual harassment and seeking truth.