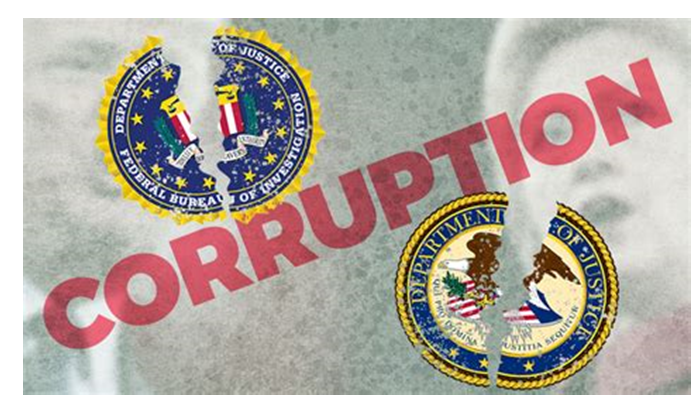 Why Was the CIA Spying on American Citizens?

It is illegal, or at least on paper it is, for the CIA to spy on American citizens on American soil. So why was the CIA spying on Mr. Edward Butowsky and/or Matt Couch? If you have read Joe Hoft’s excellent piece (see here) on the latest trials and travails of Ty Clevenger, an intrepid attorney battling the Deep State, who has been fighting for more than three years to secure the release of damning documents exposing the Russia hoax and sedition by the Obama Administration, you know he is forcing the FBI to cough it up.

But the latest response also contained this bombshell–the CIA was spying on his clients as well. Ty’s latest account of this new info dump from the US Department of Justice is posted at LawFlog. Here are some key snippets:

In The Transparency Project v. Department of Justice, et al., my client asked to see records indicating whether the CIA or its Directorate of Digital Innovation, its contractors, etc. inserted Russian “fingerprints” into the metadata of the emails that were released publicly. (You can review the entire request by clicking here and reading Paragraph 11).

In a joint report filed today, the CIA informed the court that it intends to assert a Glomar response to the request, i.e., that it “cannot confirm or deny” the existence of such records. . . . [In other words], The Central Intelligence Agency will neither confirm nor deny that it fabricated the Russian “fingerprints” in Democratic National Committee emails published in 2016 by Wikileaks and “Guccifer 2.0.”, and the FBI implicitly acknowledged today that it never reviewed the contents of DNC employee Seth Rich’s laptop despite gaining custody of the laptop after his murder.

Full disclosure–Mr. Clevenger is a friend of mine. He writes in his article that he reached out to me and I made some phone calls to retired friends who held senior positions at the CIA. My friends and I agreed that a GLOMAR response to the basic question, Did you spy on Mr. Butowsky and/or Mr. Couch was a tacit admission-yes!

Allow me to illustrate the point. If I asked the CIA for intercepted emails from the president of another country, the CIA would rightly issue a Glomar response, because it would not want to confirm or deny that it has been spying on the foreign president. That’s what Glomar is for, because the CIA is in the business of secretly spying on foreign presidents, officials, agents, etc.

My client’s request, on the other hand, is more akin to asking the CIA for records showing whether it helped Lee Harvey Oswald assassinate President John F. Kennedy. We would expect the CIA to declare that it has no such records because it would never do such a thing.

Why would the CIA spy on Mr. Butowsky, for example. Ed Butowsky was brought into the Seth Rich saga in December 2016 by Ellen Ratner, the sister-in-law of Julian Assange’s former lawyer. Ellen spoke with Julian in November 2016 and asked Mr. Butowsky to reach out to the parents of Seth Rich and get them some help investigating who murdered their son. It should come as no surprise that the CIA, the NSA and Britain’s GCHQ were monitoring every communication going in and out of Wikileaks, including all communications of all personnel working at or associated with Wikileaks. We know this thanks to the evidence and writings of Mr. Edward Snowden. Once Snowden made his escape to Russia with the help of Wikileaks, Wikileaks became a number one intelligence target. Both the United States and the United Kingdom had ample cause to ensure that no new secrets leaked out of Wiki and caught them unawares. In light of the comprehensive monitoring of all Wiki communications, I believe the intel folks knew exactly the contents of Ratner’s chat with Assange, which ultimately led them to Ed (i.e, Ellen Ratner talked to Julian and then talked to Ed to relay a request from Julian to help the Rich family).

Now that Donald Trump has finally released FBI documents on Russiagate (I do not know if there are any CIA documents in the pile), we shall see what the FBI had to say about Mr. Rich. Too bad the President waited so long to do this.  If he had forced the issue last year the plot to steal the 2020 election might have been disrupted.

2 thoughts on “Why Was the CIA Spying on American Citizens?”