Is the Second Amendment Safe? 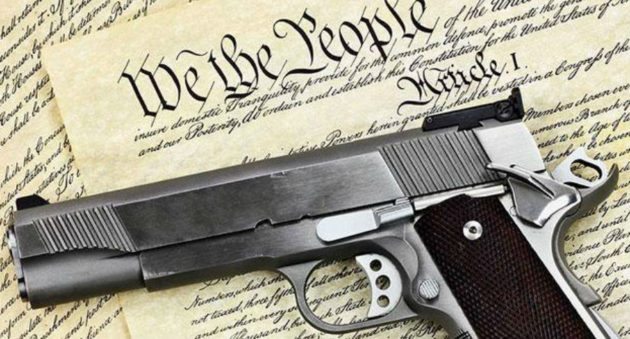 How much do you know about the Brady Campaign? Do you know it is an anti-gun organization and was named for former White House Press Secretary James Brady? Do you know how successful it has been over the past 47 years?

On March 30, 1981, President Ronald Reagan and associates had exited their cars in front of a Washington, D.C. hotel. John Hinckley Jr., with a loaded 22-caliber handgun, approached President Reagan and opened fire. President Reagan was shot in the lung and survived, made up of the same grit and determination as the characters he portrayed on the silver screen.

Reagan wasn’t the only victim, Hinckley also shot White House Press Secretary James Brady in the head. At the time the expectation was that the injury would be fatal, but Brady survived. Unfortunately, the injury left him with a permanent disability.

This is when most believe the Brady Campaign was launched. In reality, it had been started in 1974 – 7 years earlier – as the National Council to Control Handguns, and its main purpose was to ban all private ownership of handguns. The campaign operated as Handgun Control, Inc. between 1980 and 2000. The Brady Handgun Violence Prevention Act was enacted in 1993 and implemented in 1998.

Nelson Shields, who in 1974 lost his son to gun shots by a racially motivated group of murderers, helped found the National Council to Control Handguns in 1976, and was instrumental in renaming it to Handgun Control. Shields made the following statement in an article in The New Yorker, “A Reporter At Large: Handguns,” [July 26, 1976]:

“Our ultimate goal — total control of handguns in the United States — is going to take time. My estimate is from seven to ten years. The problem is to slow down the increasing number of handguns sold in this country. The second problem is to get them all registered. And the final problem is to make the possession of all handguns and all handgun ammunition — except for the military, policemen, licensed security guards, licensed sporting clubs, and licensed gun collectors — totally illegal.”

This is just another display of the typical socialist ploy to disarm the people so our government can easily takeover, and direct both our public and our private lives. So how successful have the anti-gun organizations been at reaching their goal of total handgun control?  In an article by Harold Hutchison from Ammoland Shooting Sports News, he uses 2 maps to illustrate how the number of states allowing concealed carry have increased from 9 to 42 between 1986 and 2018.

“While we are still far from constitutional carry in all 50 states, it is just undeniable that the landscape has changed in favor of the Second Amendment on this issue,” wrote Hutchison. [https://www.ammoland.com/2019/01/getting-slices-today-for-a-stronger-second-amendment-tomorrow/#ixzz6pHPOyyhq ]

Hutchinson concludes with saying, “It will take time, it will not be easy, and the anti-Second Amendment extremists will fight it all the way. That said, “no compromise” should be the phrase we use when it comes to our ultimate objective of restoring our Second Amendment rights. As for the tactics and strategies used to reach that objective… well, if all we can get today is a slice or two of our liberties back, let’s view that as the first steps on the journey.”

The NRA is partially responsible for the progress achieved in legalizing right to carry, but so are you and every other American patriot who holds esteem for the Constitution and sees the significance of the Second Amendment in protecting our families and communities. We must stand aware, for anti-gun organizations will continue to fight to take our guns away. Progress is achieved through the commitment of patriots to uphold the Second Amendment.

9 thoughts on “Is the Second Amendment Safe?”