US Surgeon General Reports on Youth Vaping: Is Vaping Harmless? 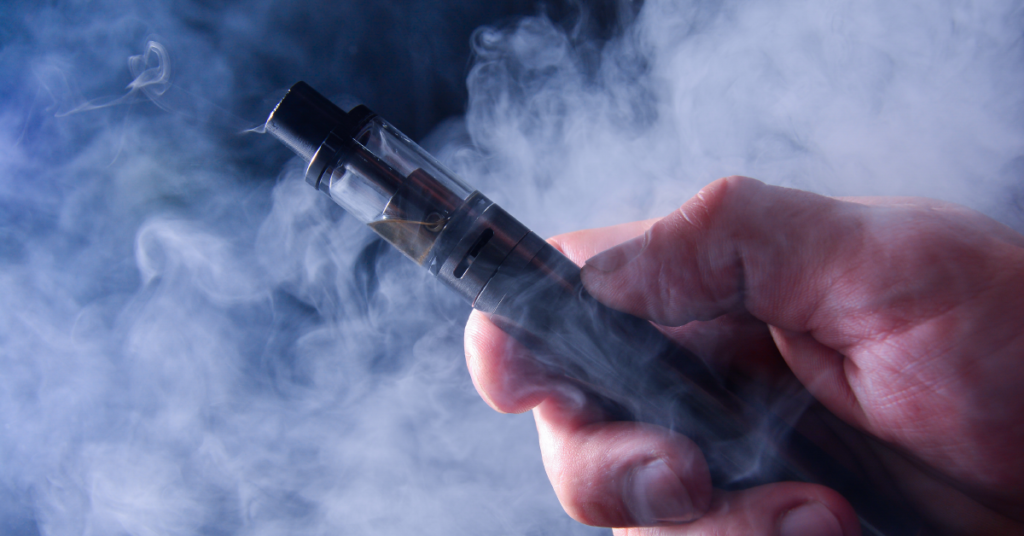 Vaping is trend that has taken off. It was first introduced as a smoking cessation tool. As time went on, the average age of e-cigarette/vaping users got younger and younger. Today many teenagers don’t look at vaping as a way to wean of cigarettes, but look to them in place of cigarettes.

Thinking about this fact, my attention was drawn to a news report titled, “Is that right? Is vaping safe for everyone?” In the piece, Duane Pohlman investigates the vaping trend among young Americans. Duane points out that 20% of high school student’s vape, which is 1 out of every 5 students. Growth at this amazing rate is attributed to the fact that vaping is perceived as harmless, which is what teens are telling themselves and their parents.

This begs the question….. Is vaping harmless?

“It’s not just water vapor. It contains nicotine. And we also have to understand that nicotine that many of these products contain is uniquely, uniquely harmful to the adolescent brain. It can affect learning, attention, memory and it can prime the brain for future addiction.”

The Surgeon General website is a valuable resource for finding the facts about vaping. An article was recently posted on the site, titled “THE FACTS on e-cigarette use among youth and young adults” that outlines the facts, trends and issues related to teens and vaping. Also available on this site is a more detailed report by the Surgeon General providing resources for parents, teachers, and health professions for educating young adults about vaping, titled “Surgeon General’s Advisory on E-cigarette Use Among Youth”.

Jerome Adams begins the report by stating his commitment to the cause:

“I, Surgeon General of the United States Public Health Service, VADM Jerome Adams, am emphasizing the importance of protecting our children from a lifetime of nicotine addiction and associated health risks by immediately addressing the epidemic of youth e-cigarette use. The recent surge in e-cigarette use among youth, which has been fueled by new types of e-cigarettes that have recently entered the market, is a cause for great concern. We must take action now to protect the health of our nation’s young people.”

Surgeon General’s Advisory on E-cigarette Use Among Youth

Get the Facts. Know the Risks. Take Action

Adolescent teenage brains are still developing neural connections that will establish the important processing centers that they will use later in life. Nicotine, and possibly other ingredients in the vape liquid, have a negative effect on those developing parts of the brain. The Surgeon General reports that the nicotine found in e-cigarettes can actually alter a teenagers developing brain and predispose them to future addictions, such as to alcohol or drugs.

At the very least, common sense says that inhaling smoke from vaping cannot be healthy. Based on basic anatomy, the more smoke that enters the lungs the less oxygen is being inhaled. This, in turn, leads to lower levels of oxygen in your bloodstream. Low oxygen levels can have a ripple effect that can negatively impact muscle and brain function. Developing brains need as much oxygen as possible to maximize the potential for growth. This is why moving forward keep Surgeon General Dr. Adam’s words in mind – ““Less harm does not equal harmless.”