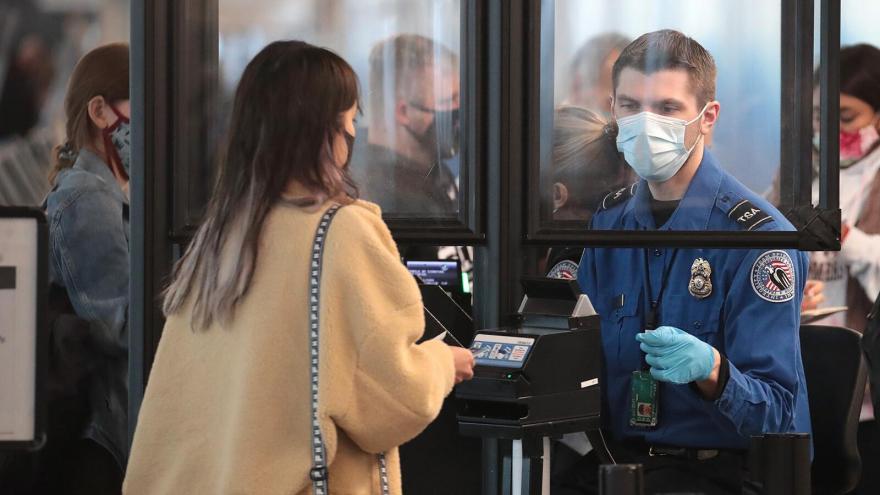 Pre-TSA Traveling: Do You Remember?

Anyone older than about age 20 remembers life in the United States before DHS and TSA. Both the Department of Homeland Security and the Transportation Security Administration sprang into being after the 9/11/01 attacks on New York’s World Trade Center, the Pentagon in Washington, D.C., and in Pennsylvania.

President George W. Bush announced the beginning of a New World Order that would secure peace at any cost. An unwinnable, never-ending War on Terror was declared – despite the fact that wars can only be waged nation upon nation and the U.S. Congress must officially approve all actual warfare.

Because the 9/11 attacks used aircraft, the new DHS quickly organized a new Administration charged with overhauling and improving airline and airport security. At the time, this job was being performed by private government contractors such as Wackenhut (now called G4S Secure Solutions).

Air travelers put their luggage onto a conveyor belt that fed it through a threat detection machine before walking through a metal detecting doorway called a Walk-Through Metal Detector.
Occasionally, a traveler’s bag would be opened for a closer inspection. Passengers with metallic implants were hand-wanded and manually patted down.

“Before the attacks, you could bring blades up to 4 inches long aboard a plane,” because the Federal Aviation Administration (FAA) “did not consider them menacing, most local laws didn’t prohibit carrying them and they would have been hard to detect without stronger metal detectors.”

That’s just how America rolled back then, free and easy. We relied on something almost forgotten these days, a bond between ourselves and our government called public trust. Our country was founded by gunslingers and free-thinking Patriots and We the People were reminded of this historical cultural foundation in Civics class.

The American character, before 9/11, was much more determined to defend liberties, rights, and property than the psychologically conditioned population we have today.

In the 1960s, kids role- played the now-unfashionable cowboys and Indians or soldiers. Toy cap guns and repeating rifles were a top gift to ask from Santa. Older youths got BB guns with parental instructions and guidance on how to use them safely.

One question is some people’s minds is why the passengers on those murder/suicide planes didn’t rise up as one and swarm the attackers who were well outnumbered?

Common Core changed civic classes which, up to the 1960s, partnered with history courses to teach school children the laws that we set up to govern us and how to change them when they no longer serve us, the branches of our government and what they do, and how previous foreign policy decisions affect us today.

“All 50 states require some form of instruction in civics and/or government, and nearly 90 percent of students take at least one civics class. But too often, factual book learning is not reinforced with experience-based learning opportunities like community service, guided debates, critical discussion of current events, and simulations of democratic processes,” is the conclusion reached by Amanda Litvinov, writing for the National Education Association (NEA).

TSA came on the scene in November 2001 and deployed into major airports across the nation in 2002. The TSA inherited most aspects of the prior privatized security screening operation but quickly added new rules and prohibitions along with higher-tech (and expensive) gadgets:

• Sept. 13, 2001 – All knives prohibited
• Nov. 2001 – TSA founded
• Dec. 2001 – All passengers forced to remove shoes for separate x-ray scanning
• Sept. 2004 – All jackets must be removed and x-rayed; visitors now banned from passing through security checkpoints
• 2006 – Liquids must be reduced in quantity and visible in a quart Ziploc bag or subject to confiscation
• 2010 – full-body scanners or more aggressive and thorough physical pat-down mandatory for all passengers
• Nov. 16, 2010 – 100 images of naked body scans leaked

By the end of 2002, TSA had hired, trained, and deployed nearly 60,000 employees. TSA now employs 47,000 federal Transportation Security Officers (TSOs), typically referred to as screeners.
In June 2015, TSA screeners failed to identify 67 out of 70 threat items when tested by internal investigators from the Office of the Inspector General under the Department of Homeland Security (DHS). Only three potentially dangerous items were identified and confiscated.

“Over the past six years, we have seen TSA consume an enormous amount of government resources, but I’m not convinced we have much to show for it. After spending over $540 million on baggage screening equipment and millions more on training, the failure rate today is higher than it was in 2007. Something is not working.”

In December 2018, Denver International Airport became the operational test-bed for yet another untested and expensive piece of scanning equipment: Enhanced Advanced Imaging Technology (eAIT). The scan takes less than a second and does not require raising arms overhead.

Larry Nau, TSA Federal Security Director, assured the traveling public that these new and improved scanners are just as safe as their predecessors, which were also claimed to be harmless:
“Actually, your cell phones emit more radiation or harmful things than this technology will.”

This statement is completely unsupported by scientific proof. In fact, there is no evidence that any such testing has ever occurred. A Cancer Research UK article did report that “there is evidence that exposure to diagnostic x-rays slightly increases the risk of getting diagnosed with cancer many years or decades later.”

Radiation builds up in the body’s organs. Frequent flyers are regularly bombarding their bodies with low doses of radiation. The health consequences will be unknown for years to come – by which time, the physical damage will be done.

TSA refused to disclose how much their new mandatory scanners cost so it must be a lot.

If you are fed up with this poor use of our hard-won revenue, reach out to your elected officials and let them know think it’s time to defund the TSA and return to privatized airport security screening.