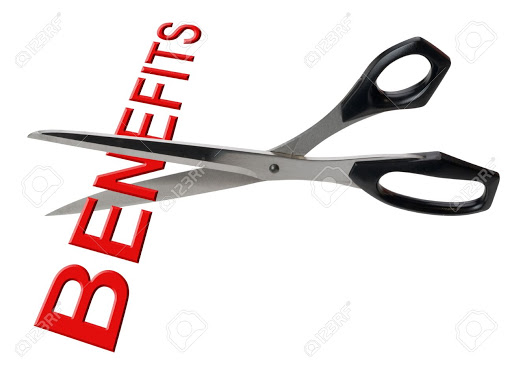 Trendy healthy supermarket chain, Whole Foods, which is now owned by Amazon, has just announced that it will be cutting health benefits for its part-time employees. Prior to the takeover by Amazon’s left-leaning, Jeff Bezos, any Whole Foods employee who worked more than 20 hours received company paid medical benefits.

Starting next year, employees will have to work at least 30 hours a week to qualify for company health insurance benefits. The move will impact nearly 2000 minimum wage and low wage earners.

The upscale grocer, which is now owned by Bezos, the richest man in the world, has about 95,000 workers.  According to Business Insider, which first reported the benefits change, Whole Foods said it is making the change “to better meet the needs of our business and create a more equitable and efficient scheduling model,” The spokesman for the company said it is helping workers explore full-time jobs at its stores or find other ways to get health coverage.

The cuts in benefits were roundly condemned by labor advocates, some of whom said that health cuts essentially undo the higher minimum wage of $15 an hour that Amazon announced last year.

“Amazon’s plan to cut health care for these part-time employees is one of Jeff Bezos’ most brazen attacks on the quality of jobs at Whole Foods and the communities they support,” Mark Perrone, president of the United Food and Commercial Workers International Union, said in a statement.

The move seems harsh and kind of ironic for a company that touts its ethical and social practices, and is owned by arguably the richest man on the planet. One company that did the analysis said that Bezos earns roughly $3200 a second, and what he is saving by cutting these benefits, is the equivalent of what he makes “in just a few hours.”

That’s according to an analysis from Decision Data’s “Data in the News” series, which found that Bezos could cover the entirety of annual benefits for those very part-time employees – who work less than 30 hours a week – with what he makes from stocks and investments in just a fraction of a day.

“Doing a quick calculation with existing publicly available numbers shows that Bezos makes more money than the cost of an entire year of benefits for these 1,900 employees in somewhere between 2-6 hours,” the study says.