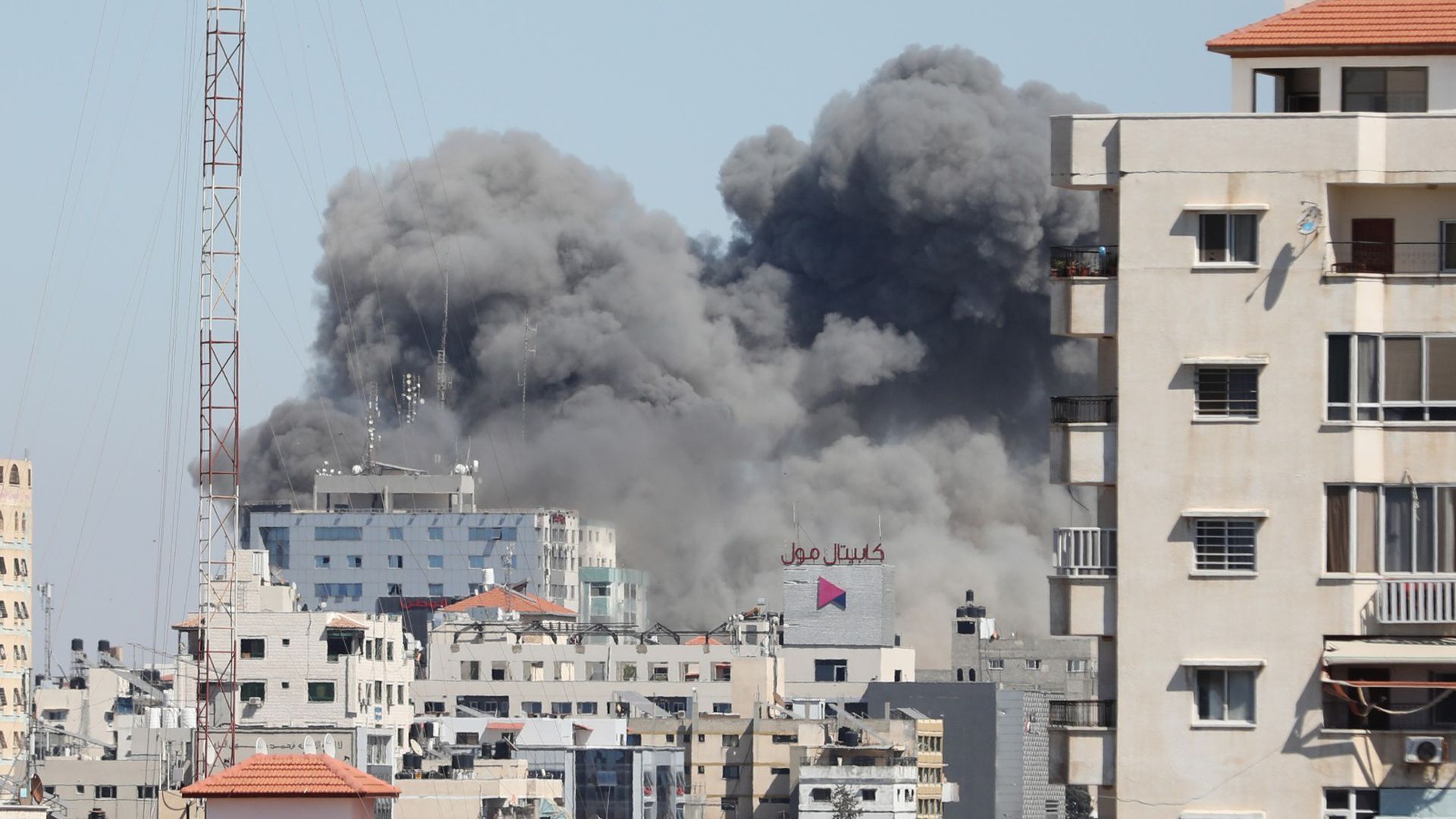 Despite the stories being spun in left-leaning media, Israel claims that it provided the US with clear evidence that Hamas was operating out of a building shared by the Associated Press before it was leveled by Israeli forces.

According to reporting by the Jerusalem Post, Israel said it shared “smoking gun” evidence with Biden administration officials that Hamas militants were operating out of a building in the Gaza Strip that housed media outlets. The building was reduced to rubble by Israeli rockets.

President Biden spoke to Prime Minister Benjamin Netanyahu on Saturday, a discussion that included the bombing of the building, and Israel showed Biden and other American officials the intelligence behind their decision, the Jerusalem Post reported on Sunday. May 16.

“We showed them the smoking gun proving Hamas worked out of that building,” the newspaper reported, citing a source close to Foreign Minister Gabi Ashkenazi. “I understand they found the explanation satisfactory.”

In a readout of the call from the White House, Biden reaffirmed “Israel’s right to defend itself against rocket attacks from Hamas and other terrorist groups in Gaza.”

Biden also “raised concerns about the safety and security of journalists and reinforced the need to ensure their protection.”

An Israeli airstrike destroyed the 12-story building in the Gaza Strip that contained the offices of the Associated Press, Al Jazeera, and other news outlets an hour after the Israeli military ordered the building be evacuated.

AP President and CEO Gary Pruitt said he was “shocked and horrified” by the attack. “This is an incredibly disturbing development.”

The US was the only country to ask about the bombing of the building, the Jerusalem Post reported.

“From an analysis, the Foreign Ministry did [Sunday], 80 percent of the 90 countries we spoke to in recent days released official statements supporting Israel’s right to defend itself. They aren’t calling to stop the operation,” a ministry source told the newspaper.

Ashkenazi also spoke to over 30 foreign ministers. “We’re still in a positive place when it comes to our legitimacy to act,” the Jerusalem Post quoted the source. “There is very clear support for the Israeli stance that the terrorism crossed a line.”

“The terror organization Hamas deliberately places its military assets in the heart of the civilian population in the Gaza Strip. Prior to the attack, the IDF warned the civilians who were in the building and gave them sufficient time to evacuate,” the Jerusalem Post said.