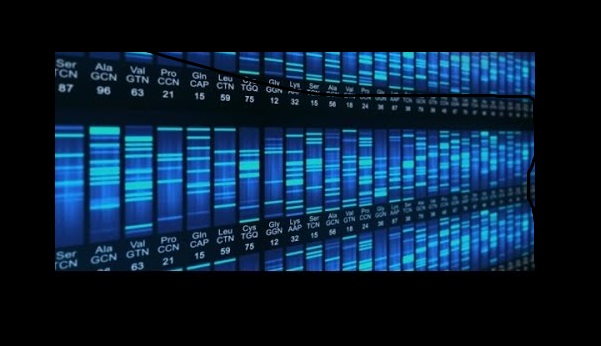 At the early onset of the DNA testing services — 23andMe, its Silicon Valley neighbor Navigenics, and Icelandic competitor deCODE Genetics — were selling a future of personalized medicine: Patients would hold the keys to longer and healthier lives by understanding the risks written into their DNA and working with their doctors to reduce them.

“We all carry this information, and if we bring it together and democratize it, we could really change health care,” 23andMe cofounder Anne Wojcicki told Time magazine when it dubbed the company’s DNA test 2008’s “invention of the year,” beating out Elon Musk’s Tesla Roadster.

Despite glitches, it still seemed that medicine was where the payoffs of mainstream genetic testing were going to be. In the lab, discovery has continued at a pace, but relatively few findings have found their way into the clinic.

“We have all these naysayers and an immense body of research that is not being used to help patients.”

If you’ve recently been pregnant, you were probably offered blood tests to tell whether your fetus had a serious genetic abnormality. And if you’ve been diagnosed with cancer, a biopsy may have been sequenced to look for mutations that make some drugs a good bet and other ones a bust. Neither would have been common a decade ago.

But the wider health care revolution envisaged by Wojcicki remains far off.

“We have all these naysayers and an immense body of research that is not being used to help patients,” said Eric Topol, director of the Scripps Research Translational Institute in La Jolla, California, which runs the MyGeneRank project.

Ancestry.com launched its genome-scanning service in May 2012 and has since gone head-to-head with 23andMe through dueling TV ads and Black Friday discount deals.

DNA tests became an affordable stocking filler, as millions of customers were sold a journey of self-discovery and human connection. We were introduced to new genetic relatives. And we were told that the results might make us want to trade in “our lederhosen for a kilt” or connect us to distant African ancestors.

So far, so much fun. But DNA testing can reveal uncomfortable truths, too. Families have been torn apart by the discovery that the man they call “Dad” is not the biological father of his children. Home DNA tests can also be used to show that a relative is a rapist or a killer.

Now that cops have seen the power of forensic genetic genealogy, however, they don’t want to let it go. In November, the New York Times revealed that a detective in Florida had obtained a warrant to search the entirety of GEDmatch, regardless of opt-ins. It seems only a matter of time before someone tries to serve a warrant to search the huge databases of 23andMe or Ancestry, which don’t give cops access — sparking legal battles that could go all the way to the Supreme Court.

Genetic privacy, barely mentioned as millions of us signed up to connect with family across the world and dig into our ancestral roots, is suddenly front and center. It might not be obvious when you fill in the consent form, but this lies at the heart of 23andMe’s business model. The reason the company pushed so hard to expand its database of DNA profiles is to use this data in research to develop new drugs, either by itself or by striking deals with pharmaceutical companies. Ancestry has also asked its users to consent to participate in research, teaming up with partners that have included Calico, a Google spinoff researching ways to extend human lifespan.

There really is no such thing as anonymous data.

You might be comfortable with all of this. You might not. You should definitely think about it because when the information is your own DNA, there really is no such thing as “de-identified” data. As 23andMe warns in its privacy policy: “In the event of a data breach it is possible that your data could be associated with your identity, which could be used against your interests. ”Whether it’s due to concerns about privacy or just that the novelty has worn off, sales of DNA ancestry tests are slowing. As interest in exploring familial ties lowers, so does the potential size of the database storing users DNA profiles.