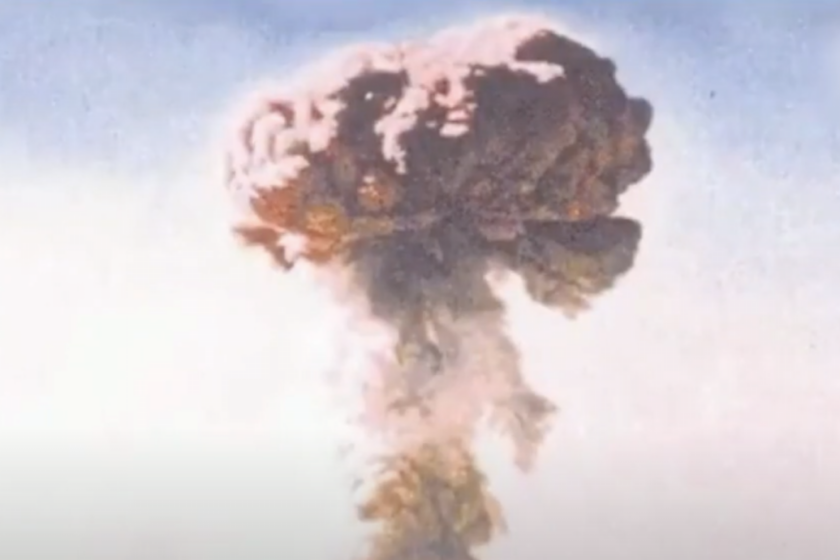 In a new Chinese state media video shared from the U.S. Sun, China has threatened to drop nuclear bombs on Japan if any efforts are made by the ally nation to defend Taiwan. This comes as tensions continue to rise between the nations and the global Olympics are set to begin. With the games starting on July 23rd, the event is already facing concerns in Tokyo as Covid fears continue to rise. Today, reports came out that a member of the American gymnastics team has tested positive for Covid. Several other nations’ players have also tested positive, and actions are being taken in those cases to reduce the possibility of spread. Regardless, the show will continue to go on and is expected to run until August 8th. People from all around the world have gathered to compete together and are already facing paranoia and worry due to the potential spread of the virus at the event, and China’s threats to bomb the nation of Japan where the Olympics are about to take place do nothing but increase worries about the gathering of nations. How can China allow a threat of this magnitude to be made at such a time like this?

In the video, Chinese state media claims, “When we liberate Taiwan, if Japan dares to intervene by force, even if it only deploys one soldier, one plane and one ship, we will not only return reciprocal fire, but also start a full scale war against Japan. We will use nuclear bombs first. We will use nuclear bombs continuously, until Japan declares unconditional surrender for the second time. What we want is to target Japan’s ability to endure a war.”

Earlier this month, China released a statement with detailed plans on how it would invade and take over Taiwan in a three stage planned attack. During his speech on the 100 year anniversary of the Chinese Communist Party at Tiananmen Square, Chinese President Xi Jinping declared ‘complete reunification’ with Taiwan was coming.

Japanese Deputy Prime Minister Taro Aso claimed, “We must defend Taiwan, under our alliance with the U.S.” as Defence Minister Yasuhide Nakayama adds we must “protect Taiwan as a democratic country.”

Chinese foreign ministry spokesman Zhao Lijian said in response to the statements from Japan that, “We will never allow anyone to intervene in the Taiwan question in any way.”

In the new video, Chinese state media continued to say that, “Our country is in the midst of a major change. And all political policies, tactics and strategies must be adjusted to protect the peaceful rise of our country.” Peaceful sounds absolutely absurd here when being spoken immediately after threatening to nuke a nation. Especially at a time when the global Olympics are about to take place.

The video closes by saying, “We are warning Japan and informing the world that if Japan interferes militarily in our domestic affairs, including the unification of Taiwan by the mainland, nuclear weapons will surely be used against Japan and will be used continuously until its unconditional surrender. There will be no peace talks in the meantime.”

The video was posted and shared by Chinese state media and officials, then later deleted after gaining millions of views and comments from around the world. It was then recovered and reposted by Chinese born human rights activist Jennifer Zeng on Twitter, again catching more attention from people around the world.

Some question the authenticity of the video itself, as it seems unfathomable that anyone would make a statement like this at such a time. But with the recent comments and actions from China brought into the public sphere, it comes as almost no surprise that threats would continue to escalate.

Between the spread of COVID, lies and cover-ups of its origins, slavery, religious persecution, money problems, hacking issues and threats of mass murder, China seems to have a self destructive desire to make enemies out of almost every nation on Earth. To continue threats at a time of one of our most peaceful global gatherings like the Olympics, I cannot imagine that any nation on Earth or any human on Earth can continue to believe China to be in good standing. Humanity must continue to stand up together against the threat of the Chinese Communist Party.

4 thoughts on “China Threatens to Nuke Japan Over Taiwan”