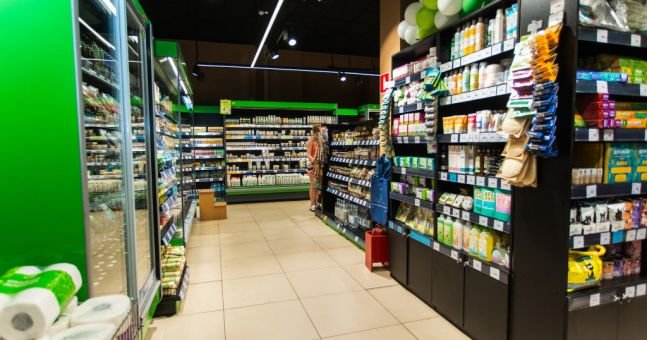 An upscale Russian supermarket has come under fire from both supporters of “woke” culture and those who ascribe to more conservative values after it posted – and then removed – an ad featuring a lesbian couple and their kids shopping at the store.

The health food chain VkusVill – sort of the “Whole Foods” of Russia –  rolled out the new ad campaign in June during the last few days of “gay pride month.”

“We think it would be hypocritical not to talk about the real families among our shoppers. We advise you to weigh up all the pros and cons before reading this article,” the company said in a message.

But by only scant days later, the business had removed the ad and replaced it with a statement explaining that it had “hurt the feelings of a big part of our customers, employees, partners, and suppliers.”

The firm said the ad was intended for people aged 18 and above.

Russia bans any content deemed to be spreading gay “propaganda” to minors.

In addition to that 2013 law, Russia bans gay marriage and adoption by gay couples.

After pulling the ad, it was replaced the photo showing the family group – mother Yuma, daughters Mila and Alina, and Alina’s girlfriend Ksyusha – with a “traditional family” under the same slogan – “Recipes for family happiness.”  “VkusVill” translates into English as “Tasteville.”

Among those offended by the original ad was Margarita Simonyan, chief editor of the Kremlin-backed state broadcaster RT.

“[VkusVill] lost the audience of traditionalists like me, and now they have severely disappointed the audience they flirted with. Bring them new marketing specialists or something,” she said.

Ruling party lawmaker Vitaly Milonov, one of the chief proponents of the controversial 2013 law, also called the ad “filthy” in a post on the Vkontakte social network.

“The goal of our company is to enable our customers to receive fresh and tasty products on a daily basis, and not to publish articles that reflect any political or social views,” the supermarket responded to the backlash in a statement.

“In no way did we want to become a source of strife and hatred,” it said, adding that the “mistake” as a result of “the unprofessionalism of individual employees.”

But there was equal outrage among Russia’s gay community for the store caving in and pulling the ad.

“Will people really boycott curd snacks and cherries because of lesbians? Of course not… But now both sides hate the retailer,” social influencer Ksenia Sobchak said on Instagram, according to the outlet.

Writer and director Michael Idov said in a tweet: “The most hellish aspect of the VkusVill story is that there is now a family in this world, that [VkusVill] with the help of media and social networks practically doxed [made public], then added that it is so scary and unacceptable that it needs to APOLOGISE just for their photo. Unimaginable.”

Mila, one of the daughters in the ad, said she had been subjected to homophobic abuse and online “threats to murder my family,” but added: “I also received just as many messages of support.”