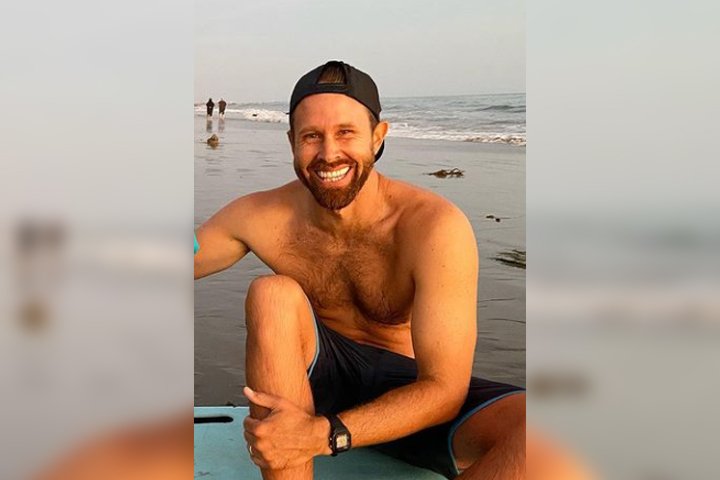 Fans of my columns know that I write a lot about “true crime” stories and “conspiracy theories.” On very rare occasions, those two subjects tragically overlap.

In one of the most shocking and disturbing stories of the year, a California father has murdered his two young children – driven by bizarre Qanon conspiracy theories. Authorities say Matthew Taylor Coleman confessed to murdering his two children after driving them to Mexico, telling investigators he thought they would “grow into monsters” because he knew they had been born with “serpent DNA.”

Coleman, 40, a surfing instructor, was charged with foreign murder of U.S. nationals in connection with the death of his 2-year-old son and his 10-month-old daughter, according to the U.S. Attorney’s Office for the Central District of California. Authorities said Coleman confessed to the killings and told the FBI that he used a spearfishing gun to stab them.

The criminal complaint against him alleges that he told the FBI that he killed his children because he believed they “were going to grow into monsters” and that conspiracy theories led him to believe that his wife had passed down her “serpent DNA” to the children.

Coleman’s wife, identified only by her initials, contacted Santa Barbara police after her husband had taken the kids out on Saturday but didn’t tell her where they were going, the complaint said. She grew concerned after he failed to respond to her messages, and, knowing that her husband didn’t have a car seat with him, she called the police.

A missing person’s report was filed Sunday, and officers asked her to use Apple’s Find My iPhone feature to see whether she could find Coleman, the complaint said. The program showed Coleman’s last known location in Rosarito, Mexico, it said.

Police alerted the FBI to the investigation as it became a case of suspected parental kidnapping. Coleman was detained Monday after an inspection by border protection agents of his van upon his re-entry into the U.S., where agents didn’t see his children and found blood in the vehicle, authorities said.

Coleman allegedly confessed to the killings upon being interviewed Monday and gave authorities the location of the murder weapon and the discarded bloody clothing. He also identified two bodies recovered by Mexican authorities as those of his children, it said.

A judge ordered that Coleman be held without bond and scheduled his arraignment for Aug. 31.

According to the complaint, Coleman said that he knew what he did was wrong but that “it was the only course of action that would save the world.”

Coleman is an admitted follower of QAnon and Illuminati conspiracy theories. His reference to “Serpent DNA” is likely to be directed to the “lizard people” conspiracy theory, which falsely purports that reptilian aliens secretly run the world and have taken over important positions in government, banking, and Hollywood.

Coleman told authorities that he learned about “serpent DNA” through QAnon and Illuminati conspiracy theories, even though the lizard people conspiracy theory predates both by several decades. The believers in each conspiracy theory have melded together over the last several years because conspiracy theory influencers and algorithms on social media frequently lump some of the most bizarre theories together.

QAnon is a more recent conspiracy theory premised on the belief that a similar global cabal at the top of the U.S. government is secretly murdering and eating children and that Donald Trump was quietly working to defeat them during his time in office.

Anthony Quinn Warner, who bombed his own RV outside an AT&T building in Nashville, Tennessee, on Christmas Day, claimed that lizard people were taking over Hollywood and the U.S. government. Warner died, and three other people were injured.

However, to date, Coleman’s admission is the first murder of children by one of their own parents that is directly attributed to belief in one of the most outrageous – and dangerous conspiracy theories of our time.