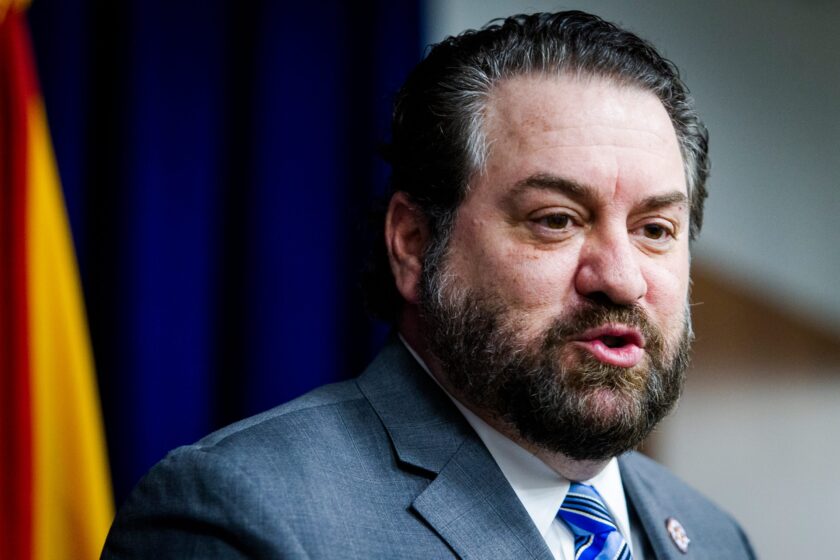 “As the Biden administration is ramping up pressure campaigns for COVID-related mandates, this revelation shows incredible hypocrisy and disdain for the health of everyday Americans,” Brnovich said in the shocking letter obtained by Fox News. “If this is true, I call on your Department to cease these actions immediately.”

Brnovich was responding to a report in which a Customs and Border Patrol union official warned that the U.S. was “releasing people out of the door day in and day out with actual positive tests for COVID and more keep popping up.”

“This is a stunning admission that has serious implication for border communities and states,” Brnovich said of the report.

In addition to demanding a halt to the releasing of positive migrants, Brnovich sought an “accounting of COVID-positive people who have been released by Customs and Border Protection (CBP) agents in Arizona sectors since President Joe Biden was sworn into office.”

Chris Cabrera, a vice president of the National Border Patrol Council who made the revelations referenced by Brnovich, also warned that the situation has resulted in several agents getting sick with COVID-19.

“We have a lot of agents quarantined right now, which adds to our problem, on top of agents who are sick with COVID, so we’re concerned about catching it ourselves, we’re concerned about our families and coworkers, and it just seems everyone’s turning a blind eye to it when we have a real situation down here,” Cabrera said last month.

In the letter, Brnovich argued that the current situation at the border has “compromised the security and safety of countless American communities.

“Since the start of the 2021 fiscal year, CBP has apprehended over 1.1 million migrants at our southern border,” Brnovich said. “We also know that there are (at least) tens of thousands of migrants (or ‘gotaways’) who escape detection and blend into our communities.”

“With these ‘gotaways’ and the return of ‘catch and release’ for migrants we apprehended, we have few, if any, mechanisms in place for the enforcement of our immigration laws,” he added.

Nor any way to know if these released illegals who find their ways back into U.S. communities on the border are infected and spreading COVID. Brnovich, and many others in CBP believe that they are.